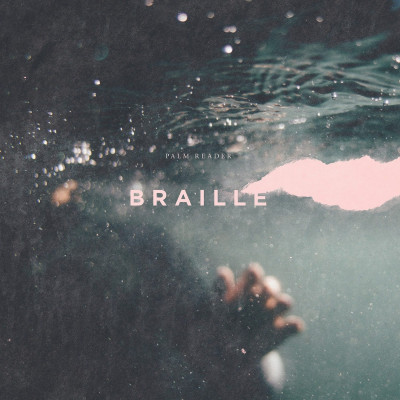 Apparently, rock music is dead, kids can make music on a laptop and no longer pick up a guitar or bass. So I am lead to believe by people lamenting the imminent demise of long standing brands such as Gibson Guitars. Well, the evidence suggested by the output of British, mainly heavy, bands over the last few years seems to suggest otherwise. The live scene, despite the challenges of city planners and noise regulations somehow finds a way and despite the difficulty of actually making a living and angry and disaffected young kids still express themselves by making loud and aggressive music. One such scene has developed in the normally more genteel south-east England, spawning, amongst others Black Peaks, Employed to Serve and Palm Reader.

The first experience I had of Palm Reader was in a tiny venue in Manchester in 2015 and my prominent memory is of a tiny stage barely capturing the raw intensity of the band. Vocalist Josh Keown is quiet and softly spoken in person, belying an intense and focussed stage presence. The band gave is their full energy and passion and made a lasting impression. Their second album Besides The Ones We Love is raw and uncompromising. However, delving deeper into the album (which is highly recommended) show a bit more depth to the band and shows some real beauty in their songs.

One pet hate is bands losing their raw, edginess as they become bigger. One listen to Palm Reader’s third album Braille, this is evidently not the case. It is more ‘musical’, the aforementioned songcraft has been refined. The raw and heavy nature is there but the tracks show the band being more adventurous. A variety of emotions come across, from full on pissed off and angry to almost a forlorn sadness. The ability to do this without the usual metal cliche and loosing their focus is what make Palm Reader and interesting, intelligent band.

The opening track ‘Swarm’ is fast paced and urgent. McKeown’s vocals remain intense and venomous. The chorus, using multi-tracked guitars to round off the sound and adds a more positive almost anthemic atmospheric sound to the track. The guitars and vocals dart all over the place, pinned down by a tight and focussed rhythm section. ‘Infernal Winter’, immediately departs from this sound with a harder edge, a sludgy style driving riff dominating with a piecing deep bass riff and tom and bass drum heavy drums. McKeown alternates between guttural scream and clean vocals. The track just about reaches a climax before aburpblty ending.

There are a couple of weaker tracks on the album, ‘Like a Wave’ and ‘Clockwork’, which compared to the others seems to loose their way a bit. There is also a couple of pointless interludes which I will just ignore. In contrast to earlier track ‘Inertia’, has a slow and maudlin start, the intensity of the previous tracks make the listener a bit impatient for something to happen but the track climbs and builds patiently. The guitars wander around between a post-rock feel to a full on heavy riff. Again a punchy, solid rhythm section holds together the erratic vocals and guitars.

Another aspect Palm Reader use is the length of their songs, some tracks feel like they have more but rather have an abrupt ending, but tracks such as ‘Coalesce’ take a bit longer to develop. Each component in the track rises and falls, sometimes working with each other and sometimes working against each other before coming together for a stunning, heavy frenetic crescendo and then falling away. ‘The Turn’ is a heavier track, visceral vocals, sharp and jarring guitar over deep bass. Similar feel to the opening track ‘Swarm’. The more mellow middle section is soon eclipsed but a brutal frenetic crescendo. This is a really good example of what the band do really well and is a very strong track showing the full range of what the band can deliver. Ending the album, ‘A Lover, A Shadow’ tends towards the more atmospheric. But like ‘Coalesce’ the track is given plenty of time to grow.

Lewis John’s production is excellent and shows the bands dynamic range and depth without becoming muddied or lost in the mix. Braille shows a band exploring and adding in other dimensions to their sound, whilst remaining uncompromising and heavy. A worthy addition to 2018’s already burgeoning heavy British releases.