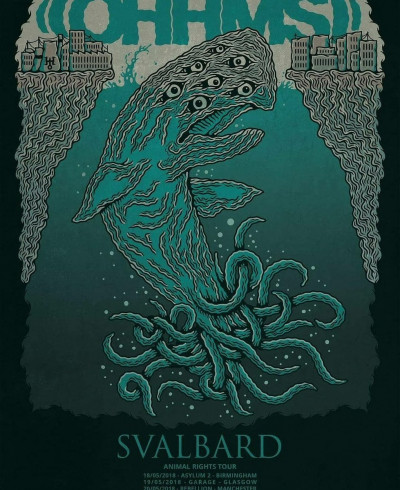 Ohhms at The Asylum Venue

Ohhms on the web:
Facebook | Bandcamp |
Support: BroodMother| Netherhall | Svalbard
May 18, 2018 at The Asylum Venue
Promoter: Surprise You're Dead Music

“My boss . . . doesn’t know I’m in a band,” said Paul Waller, the ethereal vocalist of Ohhms. “Something to do with the royal wedding?” Absolutely. The royal riff maestros are touring with label buddies Svalbard as part of the Animal Rights tour.

Playing in the upstairs room of Birmingham’s The Asylum Venue, oft famed for its hosting of Uprawr, BroodMother opened the evening in front of the early eager beavers, hoping to see a fresh batch of riffs to bang their heads and smash their first lagers to. The crowd was thin and lead vocalist Noel did well to start engaging. Though there were still more people to arrive, people grew to them, and the band was cheered off stage before a quick change over. 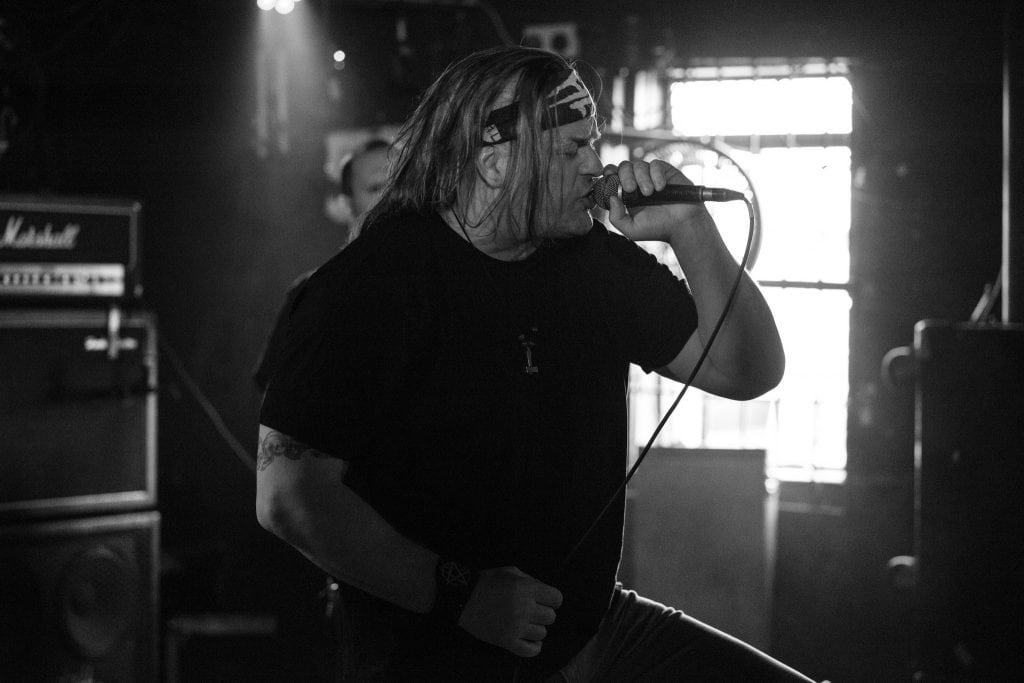 “We are an instrumental band, but we are looking for a vocalist.” A little advertisement from Netherhall’s guitarist Lewis Ward. If you did not know they used to have a vocalist, or that they wanted one, you would be forgiven for thinking it wasn’t necessary. To be able to write songs that need vocals is rare, but the songs have such a great amount of space for a vocalist to use; it is equally possible they could find success elsewhere.

To put it bluntly, the balance of ambient passages coupled with crushing guitar riffs is akin to Russian Circles. They were additionally helped by a great choice in lighting which added to the atmosphere. From a technical point of view, it was a pleasure seeing two guitarists with huge pedal boards actually operate them properly. Special credit to Tom Bushell, whose mastery of his effects provided more than just a rhythm section but demonstrated how important a bass guitar can be. Jake Raybould’s thundering and punctuating percussion was the mould which held it all together. 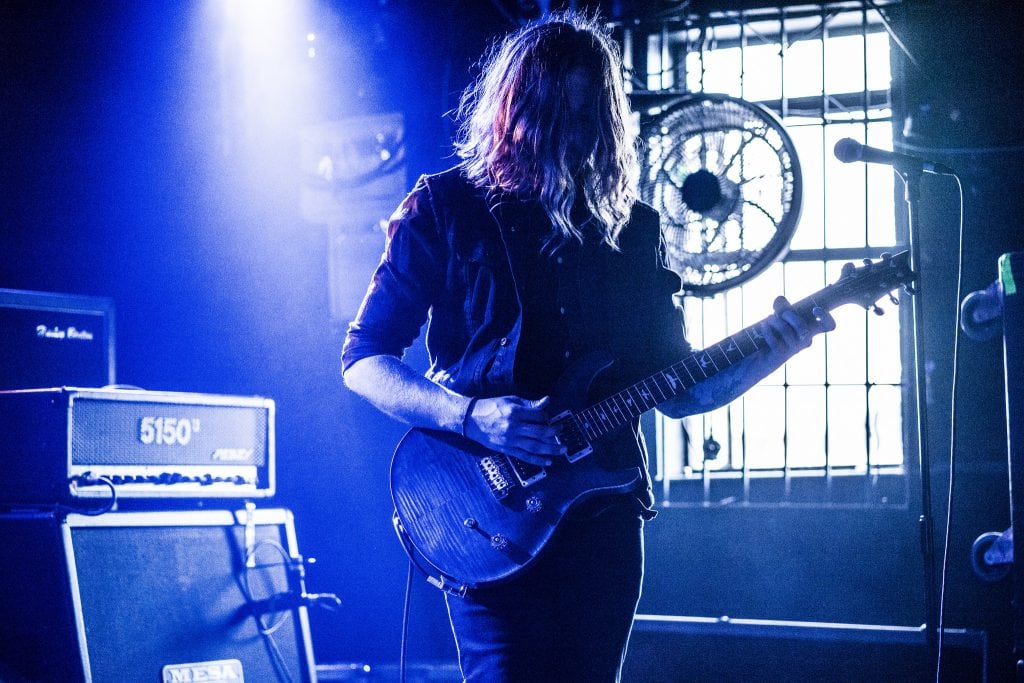 Netherhall’s set was captivating to say the least. There is a great amount of potential here, and not only are their songs great, but they are performed impeccably. Though a vocalist may bring in some wanted elements, they have a tall order to better the art that Netherhall has crafted.

In a slight change of pace, Svalbard burst in with incredible speed. Their style is a blend of many different kinds of music; the high screams of Serena Cherry and her guitar playing draw on black metal elements, whilst there are touches of hardcore and, to an extent, post-metal.

They are touring in support of their just released album It’s Hard to Have Hope (Holy Roar Records). Watching them, however, it isn’t. Svalbard is part of another swathe of young British metal bands that are writing incredible genre-defying, and engaging music. Driven by their socio-political message, there is something more than just music to be heard here, but a generation of people who want to talk. 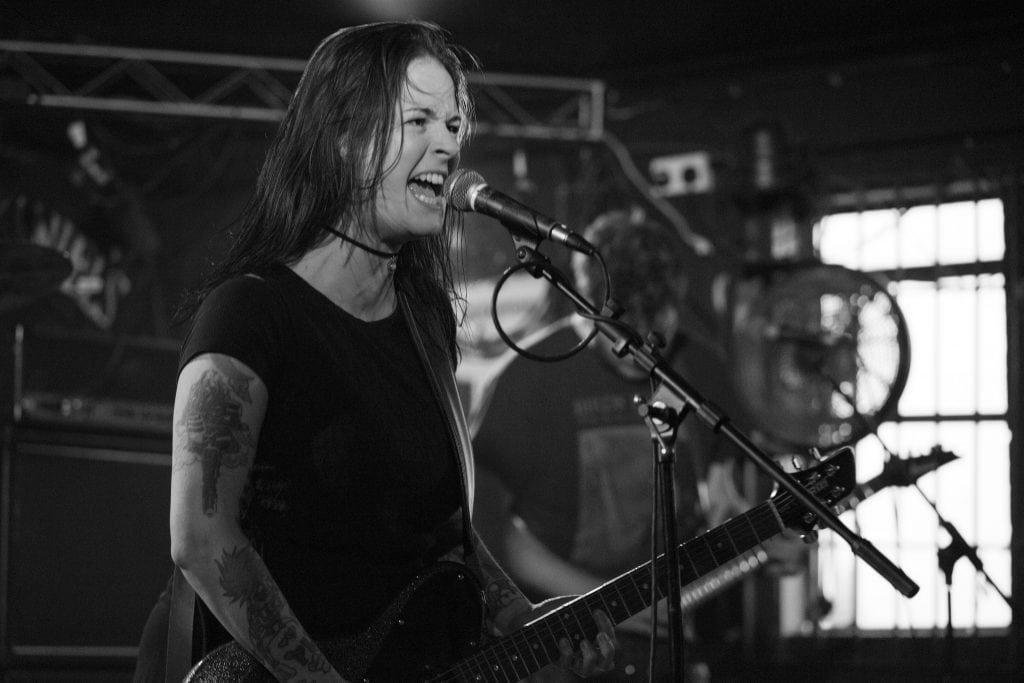 “This is what a feminist looks like.” Serena Cherry – Svalbard. Photo: Joshua Crawley.

In a different way to Netherhall, Svalbard’s set made you want to stare and gawp as well as thrash every limb. When they spoke to the crowd, you could hear that they were regular people, and part of the audience. On record, their music may intimidate the uninitiated, but live it is easier to appreciate. Hopefully, they will return on the back of the success of their album, and that will be evidence that their voice is resonating. “This is what a feminist looks like.”

“We’re going to play four songs,” Ohhms said. One of the best things about them is that each song is a gargantuan journey, seemingly through time and space. Whilst they are on the Animal Rights tour, Ohhms are set to release a new album soon; their final song, one assumes, is a song off that album.

Opening the set with ‘The World,’ off of their latest LP, The Fool, Waller’s infectious movement, in tandem with the thumping and pulsating rhythm section are topics that have been written about constantly. It can’t be overstated what this adds to the music, however. There are no monitor mounts or party atmosphere. Instead, there are four people on stage doing their thing, whilst the audience does theirs. That isn’t for lack of engagement, but their performance harkens back to the beginnings of their music and gazing at their exhibition is entertainment in itself. 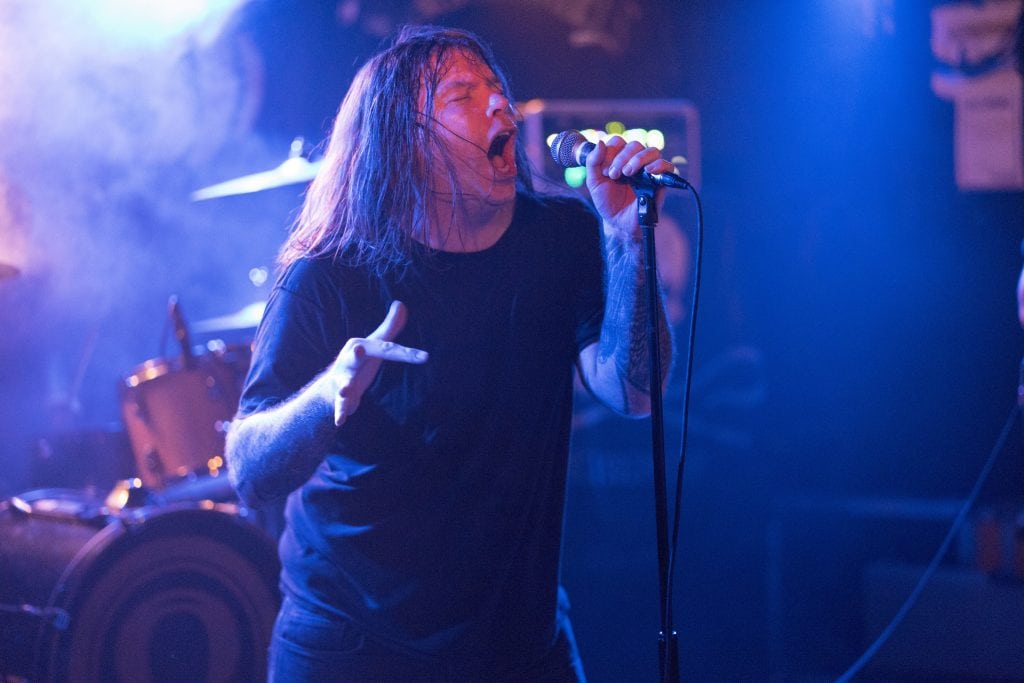 Their writing is truly unique. For the most part, the songs are heavy and crushing, but there is some element within that does not warrant complete destruction. Perhaps there is a certain melancholia to them. Whatever the case, Ohhms perform the few songs they could fit into their set with immaculate excellence.

Ohhms return to the stage is always welcome. Their new album too will be met with equal praise. Find a venue where they are playing, grab a beer, and enjoy. 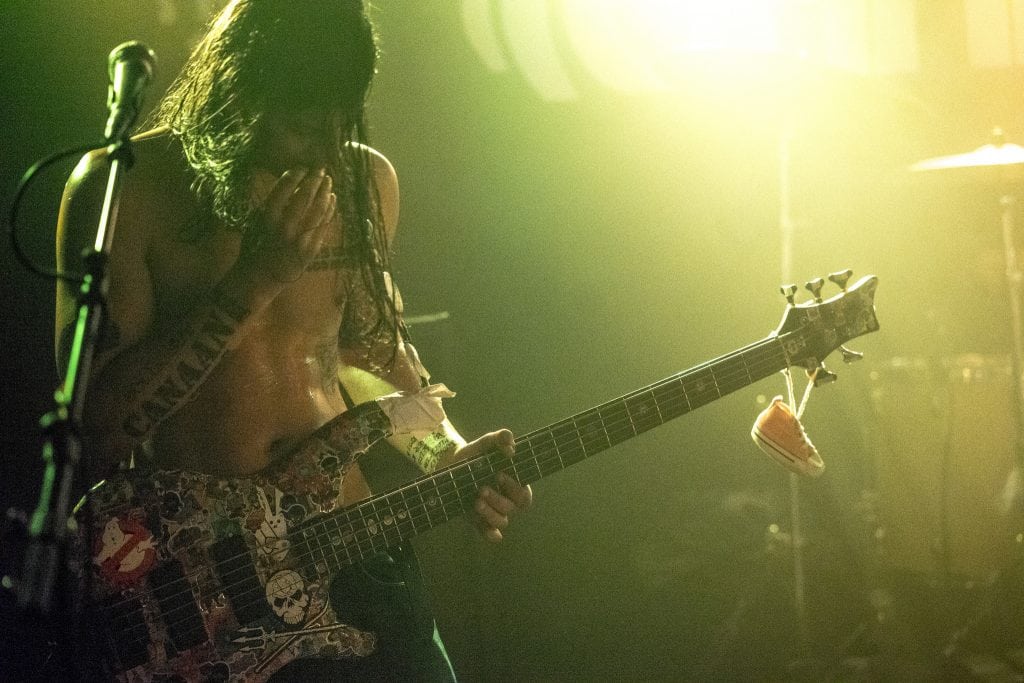 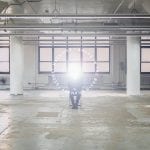