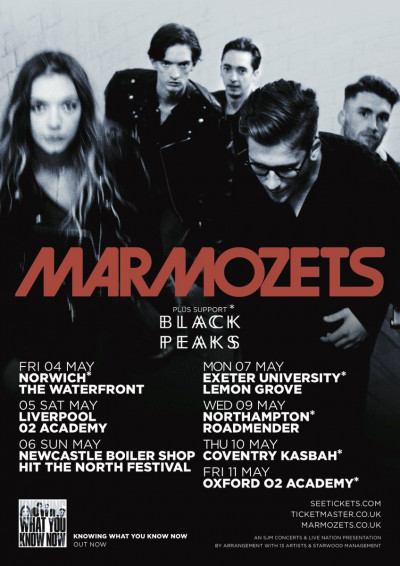 Marmozets at The Kasbah

Knowing what you know now, would you change anything? Personally, arriving earlier and not missing half of Black Peaks’ set would be a change, but sadly one I had no control over. Instead, what I do know is that a Marmozets’ tour with Brighton’s finest supporting is a remarkable billing, and one that promised to smash all the small club rooms listed on the tour.

Thankfully, despite the delay, the doors to the Kasbah’s small room opened, and from beyond the silhouettes of bodies, there was a concerned looking roadie staring into the crowd from the stage. Will Gardner, as usual during the closing passages of ‘Hang ‘Em High’, from their 2016 album Statues, had become one with the crowd as the commanding and distorting guttural cries rang out to applause. 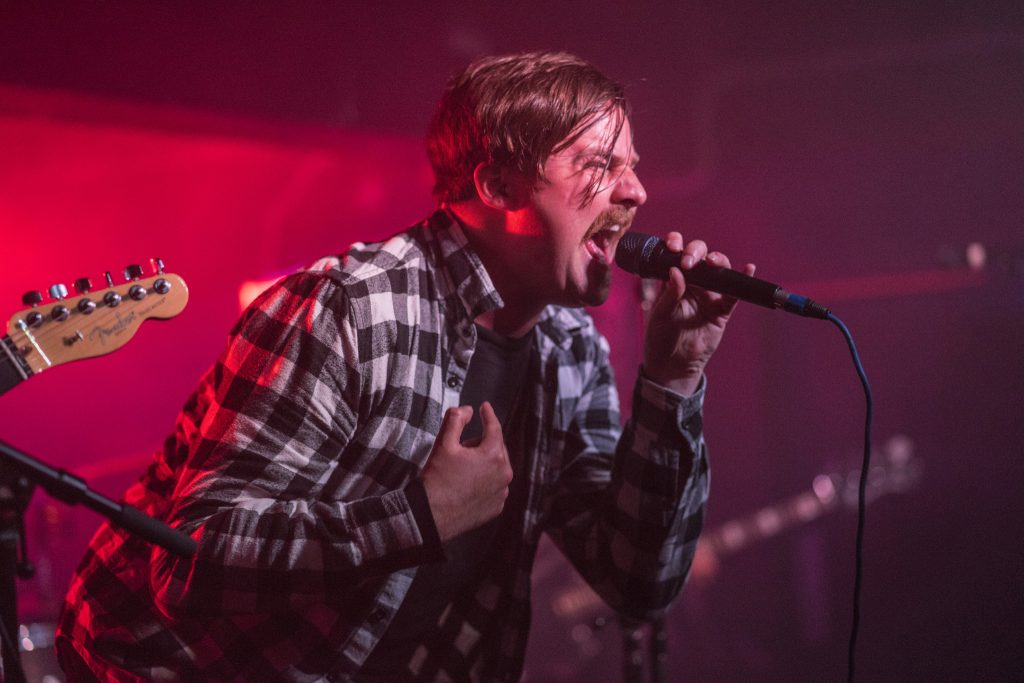 The drum intro of ‘Glass Built Castles’ then began, and Gardner’s connectivity with the crowd was even more prevalent. There were few moments when he didn’t have his leg on the monitor, one arm outstretched, the other holding the microphone withstanding his venom, eyes wide and filled with rage. For their penultimate song, ‘Eternal Light’, which was met with raucous applause before closing on ‘Saviour’. Whilst this set was enjoyable, it was merely a precursor to the inevitable onslaught when they tour their new album. For a taste, however, it was electric.

When the PA began to play the headliner’s intro track, the fire escape to the side opened, and like a pack of feral marmosets (I know!), they scurried onto the stage to play ‘Habits’. Saying Marmozets could have been part of the same world as Paramore back in the day would be true, but equally, an insult to their music. Whilst the choruses can be poppy and vibrant, they also play intricate math-rock guitar riffs, and vocalist Becca Macintyre can scream as well as she can squeak.

It took a few songs before the band really engaged with the crowd, but it was likely testing the waters. By the halfway point of the set, and certainly, by ‘Hit the Wave’, Becca had invited another woman on stage and danced with her, as well as crowd surfers and stage divers in abundance. 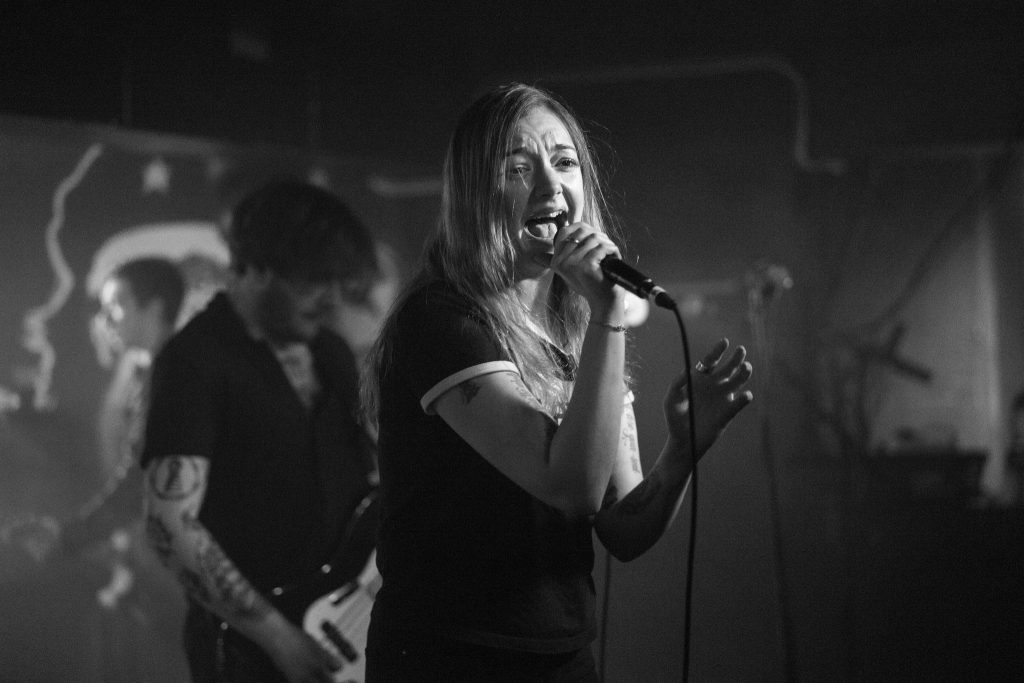 Observing from a distance, a really encouraging brand of connectivity developed between the band and the crowd. There were people of all ages, each getting involved and encouraging others. Before ‘Run with the Rhythm’, Becca noticed a young boy at the front, who said he was 14. The father asked for a photo to “send to his mum” and the boy was met with hi-fives and head ruffles for his debut, as well as a plectrum from guitarist Jack Bottomley – not bad kid.

Whilst the connection with the crowd was pleasing to watch, the oft times when the music took a more math turn was nice interlude. ‘Vibetech’ is a prime example of that; probably the most whacky song some of the younger fans will have heard, so far. The band played ‘Why Do You Hate Me?’ before closing with ‘Major System Error’. It wasn’t a surprise to see them end on such an absolute crowd pleaser, but it was a thrilling way to close the night. Despite the cynicism in music and the chin-stroking, sometimes it is good to let loose.