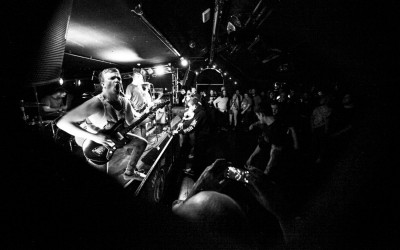 All photos by Justina Lukošiūtė.

You would think that bands grow on trees in Iceland with their unstoppable rise in recent years in extreme music. Perhaps that is not far from the truth, as there are not that many trees in Iceland, but next to the vibrant black metal scene, there is much more to be found. That is why we headed for Lizardfest 2018 on the 15th of May, which took place in Gaukurinn, a well-known rock club in the heart of Reykjavik to experience some amazing bands.

This years edition is in honour and tribute to Bjarni Jóhannes Ólafsson, frontman of the now legendary band Churchhouse Creepers. The frontman lost his battle with depression in April 2017, but instead of mourning, the choice was made to celebrate his life with a party in the shape of Lizardfest with a phenomenal line-up of local heroes. A brave and bold decision, to celebrate life and the things that make it worth living with music.

Slor opens up the evening, replacing the band Döpur, with some unearthly heaviness. Slow, trudging passages on a languid pace bounce of the walls of the venue like big blobs of magma (this reference is more in place here than ever). The trio seems to be out of there, gazing into the great beyond, while playing an exceptionally exciting bit of stoner/doom to nod along to.

Following in a similar vein, Volcanova adds a bit of juice to it with some hard rock riffing and that gritty vibe of the desert sound. Catchy with a heavy punch, the band gets some groove going in the otherwise calmly listening, yet crowded venue. Particularly drummer Dagur Atlason knows how to hit the skins with ferocity as the vocals are snarled into the mic by Samúel Ásgeirsson. It’s music to think back to a few days later when I drive through the wind-blown wastes of Iceland. 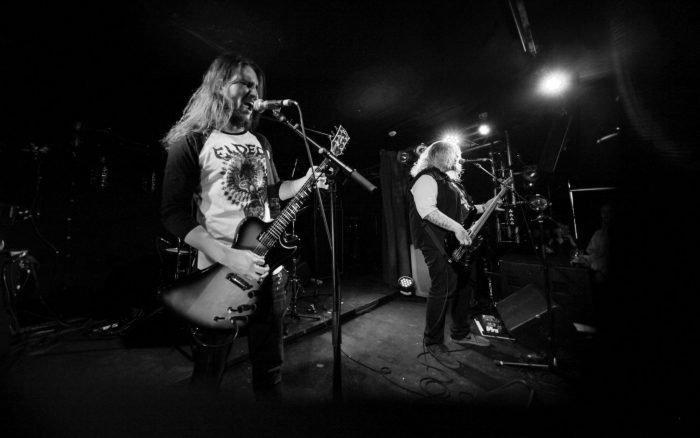 Godchilla takes it in a different direction with something way more experimental and uncommon. Dressed in notably psychy outfits, the band catches the eye if not the ear with music that has a pretty big amount of ingredients in their blender. A sound not unlike Helmet, but maybe with a bit more hectic and unexpected twists and turns it in a different direction like NoMeansNo. Sharing vocal duties among their three members makes it even harder for the listener to really come to terms with what the band is doing on stage. That keeps you right on edge during the whole show, which is rather exciting! 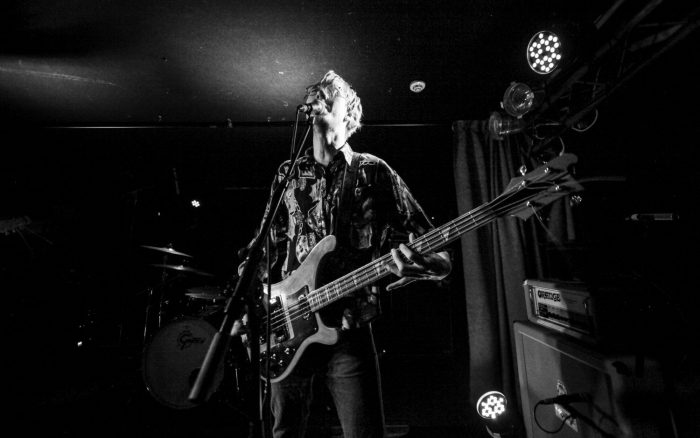 This far, things went down rather quietly, with a nice atmosphere and a certain calm throughout the venue. That is about the completely shatter when Grit Teeth unleashes their energy on the stage. Their tunes let the mosh literally erupt in front of the stage. It feels rather unexpected, but knowing guitar player and singer Jón Már Ásbjörnsson from his band Une Misere and the smouldering ruins they left at Roadburn, I should have known better I suppose. Violent, gnarly and completely engaging, the boundary between stage, band and audience evaporates as moshing and screaming hardcore kids give it their all. It’s complete catharsis, it’s the letting go by swinging and violently shaking off any remainder of grief to the sounds of this exceptional band. Their blistering hardcore is full of breakdowns, participatory shouts and a strong push to move. I guess after this show, everyone needs a breather. Not the frontman though, because soon after he’s hanging from the rafters, taking on vocal duties for Dead Coyote. The band was formed by members of Churchhouse Creepers and plays an equally energetic set, which is enhanced by the vocalist’s wild performance. 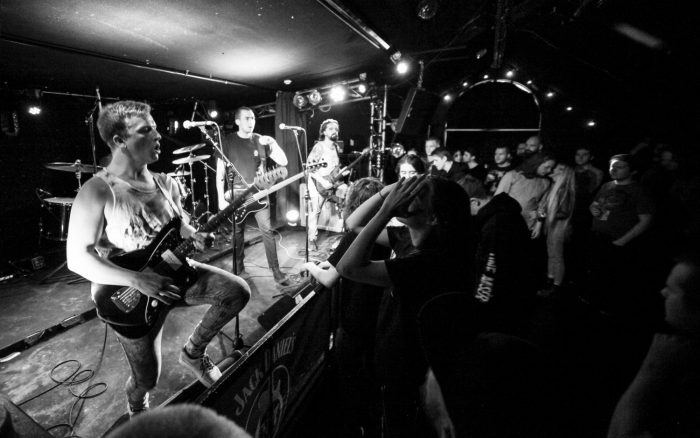 Elder is the final act for this night and the room fills for the Americans. A certain excitement is tangible and when the set kicks of you instantly know why. The tunes from Reflections of a Floating World is a beautiful album and live the band really knows how to deliver. For the duration of the first song, some horrible feedback tarnishes the music a bit, but after that it’s just following the unstoppable flow of the music. Even when things aren’t going well, you can tell that the band members feel each other extremely well.  A nod and eye movement say enough to get things on track again. Luckily, after the intervention of the sound guy, the music continues and it is so amazingly good. Smooth flows and big, massive passages interchange and paint vivid pictures with their instruments. A rare bit of vocals give some direction and context, but the songs with wavery passages and hypnotic repetition do most of the work. This way the evening ends, with a grand show from Elder after a night full of Icelandic talent.

More importantly, maybe, it’s an inspiring event, that takes a sad loss and turns it into a something good. Perhaps even helping some people with their own struggles. 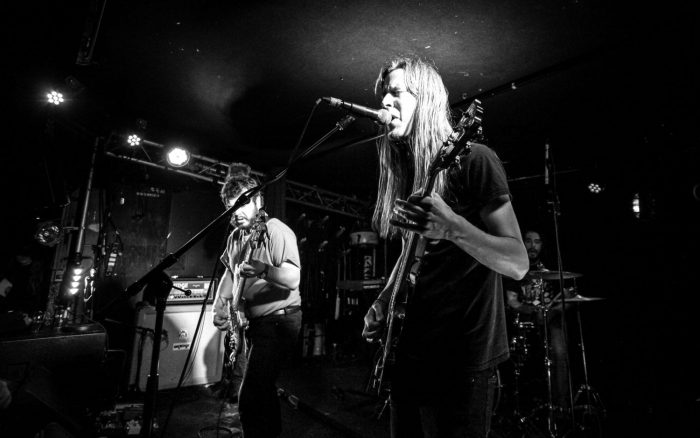 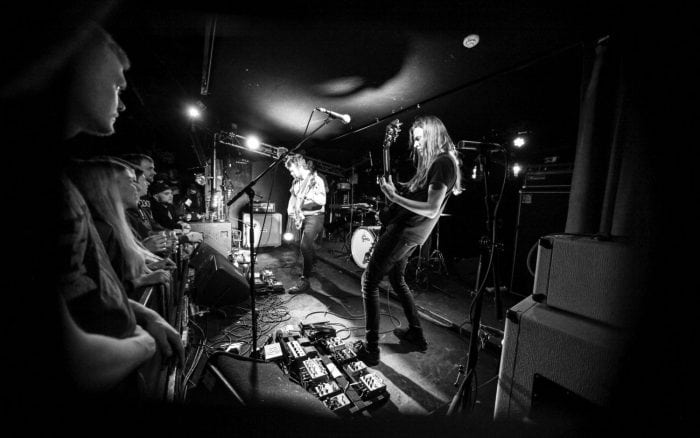