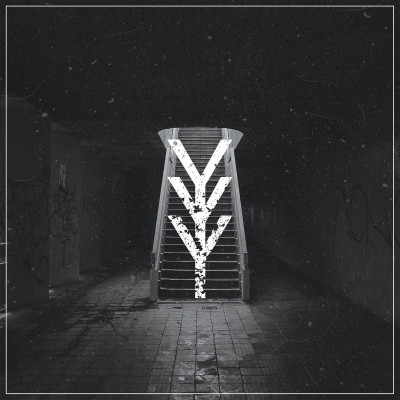 If music were a religion I would have been cast into the wilderness for doubting that I would ever hear an album from Hundred Year Old Man. When I reviewed the recent Rei EP the press release stated there would be a debut album released this year. My previous experience of UK post-metal stopped me from getting excited about the possibility. Even when pre-orders were announced I held in my excitement but here I am, only a few months later with the actual release which is a milestone in the British metal scene. Breaching is stunning and leaves no doubt that Hundred Year Old Man is one of the best post-metal bands around.

I don’t quite know what it is about this band but they make me write prose like some form of pompous whisky critic, I make no apologies for what follows. The atmosphere on Breaching is claustrophobic yet expansive and encapsulates the listener and makes you feel like you are trapped in a steam room. Each drip of warm condensation that falls and makes contact with a surface produces sounds that give no indication of the dimensions of the room. The steam is so dense that you can’t tell if you see and hear something hunting you down in the moments of silence. There is fear, tension, light and dark packed into the album and the atmosphere remains heavy throughout.

‘Breaching’ welcomes the listener with creepy static filled feedback and distant echoing screams before ‘Black Fire’ slowly erupts into being. While I am not a fan of reusing old songs ‘Black Fire’ has been given a nice make over for the album. It too has been fed through the fog filter and comes out a far grimmer beast than the single version of a few years ago. In moments on ‘Long Wall’ it sounds as if the guitars are going to break free of the rich atmosphere and after short ringing crescendos they get pulled back in only to break free for longer periods of time in what is one of peak highlights of the album.

The relationship between the music and vocals is like the final scenes in Gangs of New York. The heavy bombing of the city leaves a cloud of dust. Just as the music hangs – even in moments of minimalist instrumentation it is ever present, heavy and thick. The vocals are represented by Daniel Day-Lewis and Leonardo DiCaprio bursting through the clouds periodically and slashing out with butcher knives and clubs on each pass.

This is required listening for any fan of post-metal and is one of the new standards by which to judge other UK releases. What Hundred Year Old Man promised with Rei it has firmly delivered with Breaching. When I finally finish digesting this album I may begin to demand the unprecedented – a second album. The band has plenty of time though; this beast will keep me satisfied for a long time to come.