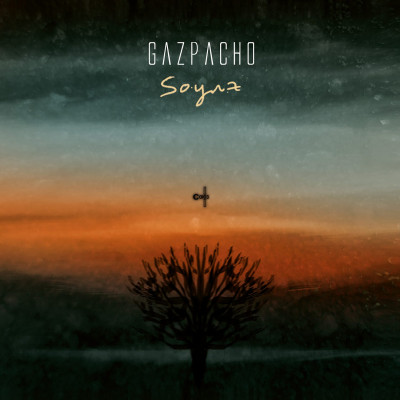 ‘Soyuz One’ opens Gazpacho’s new finely crafted album with electronic percussion and sustained guitar lines before breaking into an organic, death waltz rock: a solemn fanfare for the Russian cosmonaut Colonel Vladimir Komarov, the first fatality during spaceflight. This is followed by ‘Hypomania’, which sounds like a name Muse would give to a track and sure enough sounds as close to Muse as Gazpacho ever have. It’s an odd inclusion that seemingly deliberately breaks the sonic cohesion of the early part of the record.

Opening and closing with disembodied choral voices, the violin and repetitive, nagging piano motif in ‘Exit Suite’ succeed in the band’s stated aim of capturing a fleeting moment, in this case, a particularly bleak one. Somewhere between post-rock, neo-classical and ambient, it’s an early standout. ‘Emperor Bespoke’, inspired by Hans Christian Andersen, is lilting piece that sounds like an epic, packing in a decent amount of ideas and an anthemic refrain into its 7 minute run time. ‘Sky Burial’ is imbued with the tragedy of the scene it depicts, apparently that of a Tibetan Buddhist funeral practice that leaves the body on a mountainside to be decomposed by animals or the elements, although this isn’t immediately apparent from the somewhat oblique lyrics.

If one piece represents in miniature the album’s core theme of moments and lives frozen in time, it’s ‘Fleeting Things’: “Picking up pieces, As empires fall, Aiming to keep what’s the essence of all, Bullied and broken, bloody and bruised, Living in moments, stolen moments”. There’s an ephemerality that links these vignettes, but it’s not so much a beauty as a far more complex, human frailty that’s at times dark, claustrophobic and dignified. Many of the lyrics hint at the final moments of a life, and by capturing these particular moments in sympathetic snapshots the band refine their theme and apply their unique musical aesthetic to the concept.

If ‘Soyuz One’ is restrained in nature, ‘Soyuz Out’ returns to the same scene but frames it from a different perspective, still navigating between electric beats and live drums but with longer bars and broader brush strokes in the musical phrasing. The lyrics here, as elsewhere, obfuscate a literal interpretation of a given song by focusing on creative imagery whilst setting the scene before switching to the first person to provide an emotional response, focusing on complex human impulses and giving the record a sense of drama.

‘Rappaccini’ closes the record with the couplet “I’ll be here through eternity, Oh take one last look”. It’s the perfect end to a record that never shows off but quietly innovates throughout its run time. Gazpacho may not have reinvented their sound on this, their tenth full length, but they have created a record equal in quality to the best of those in their already gleaming discography. Dark and brooding, occasionally sounding like a morose Marillion, Soyuz is conceptually less restraining than, say, 2015’s Molok, but Gazpacho are a band whose art rock thrives on restraint, and there’s plenty on display musically on this mature and extremely commendable effort.