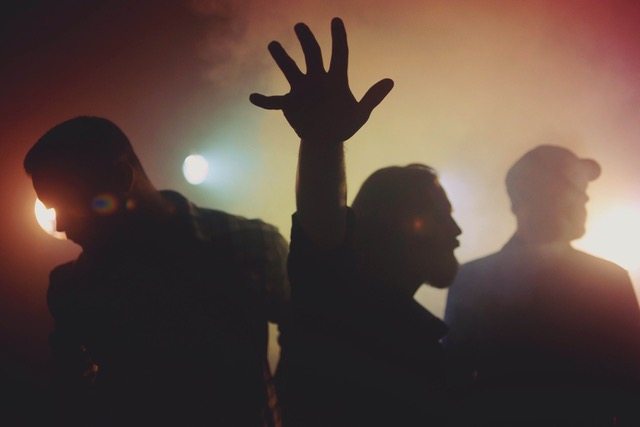 Dream the Electric Sleep officially formed in 2009 but in 2008, Matt Page and Joey Waters decided to write and record an album together. It was the first time Page wrote the lyrics and took over the lead vocal position in a band, and the first time Page and Waters were the sole writers of a project. “After years of playing together, Joey and I were ready for something different… a new direction, and honestly at that time, a last attempt to find a way forward together as a band. We had played with so many different people and never found a line up that captured what we wanted so this was it!” said Matt of the record.

All that said, Dream the Electric Sleep never played songs from that first unofficial album that brought them together. “Over the years I thought about that album a lot. It haunted me a bit. The album meant so much to me on a personal level but I knew we had to move forward, not return to something old. In the summer of 2017 I realized it had almost been 10 years since that album came to fruition. It occurred to me it would be a great time to revisit the material and put together a 10th year anniversary release.”

“When we decided to revisit The Giants’ Newground, we knew there were some tracks that needed more work than others. “Sounds Like Magic” was one of those songs that had something cool about it in its first iteration back in 2008 but just didn’t feel finished. It was originally more of an acoustic track with no drums. The few times we played it live back then, Joey added a tom rhythm behind it to give it more energy for a live setting. After some time, the original recorded version sounded incomplete and we knew it needed that beat to keep it moving forward with intensity. For this release we completely scrapped the original version and reworked the song as a band.”
“Sounds Like Magic sits about 75% of the way through the albums overall narrative. The search for a place to rest in life can be exhausting. We move from place to place, group to group, looking for a feeling of belonging and peace. One of those stops is often somewhere spiritual. For many, it is the solution to life’s chaos and it becomes that safe harbour in the storm. Unfortunately, there are many spiritual cons in the world that take advantage of those in need, and the narrow box one is asked to live in creates its own set of problems for those seeking solutions for a better life. This is a song about someone wanting to be saved as opposed to saving one’s self.”
Ahead of the album’s release on May 18th through 7Hz Productions have a listen to a little slice of ‘lost’ history.