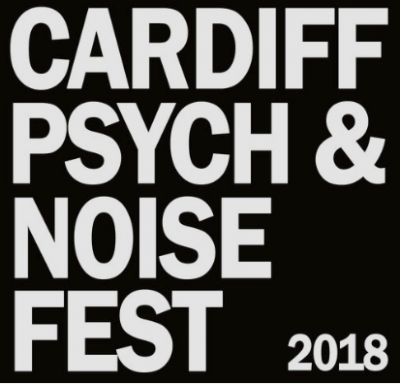 If it weren’t for the Cardiff’s DIY scene sticking up for itself events like the Cardiff Psych & Noise Fest would be a thing of the past by now, a sadly missed facet of cultural life in the Welsh capital lamented by weirdo refugees forced out of Womanby Street, the main artery of the city’s music scene. The street’s handful of fine venues faced an existential threat that came from a place sadly all too familiar in city centres around the UK – planning permission given by out of touch councillors to property developers who have no qualms about crushing a small venue or two beneath a mountain of noise complaints in the name of making a few quid. As well as a proposed block of flats being built a secondary threat came from the nearby Wetherspoons wanting to upgrade itself to a budget B&B, which seemed to seal the street’s fate. It’s unlikely its new residents would have taken kindly to the strange noises emanating from Clwb Ifor Bach, The Moon and Fuel, nor would they have enjoyed the chatter of the gig going masses coalescing on the cobbles, a typically holy congregation of delightful oddballs and freaks. It simply wouldn’t have been allowed to stand. 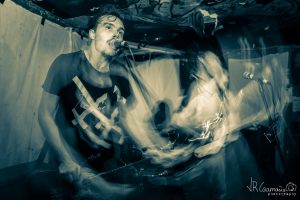 Thankfully Cardiff’s music scene united to defend itself. In a real heartwarming display of People Power the Save Womanby Street campaign was born and made its voice heard through protest marches and a social media uprising. And, to their credit, Cardiff Council listened. The street was saved. And so, following in the footsteps of mini-festivals like Red Sun, Swn, Hub and countless more, for 3 days over the late May bank holiday the Cardiff Psych & Noise Fest will pick up the torch and continue the proud tradition of bringing an eclectic blend of sublime noise to the denizens of this fine city.

And they’ve put together a real beauty of a line-up – a perfect celebration of Cardiff’s alternative scene and the hard work it put in to defend its home. For this festival usual suspects Clwb Ifor Bach and The Moon will be providing stages along with relative newcomer the Urban Tap, run by celebrated Newport brewery Tiny Rebel, adding the allure of delicious ales to the usual mix of loud music and whatever-alcohol-is-cheap-at-the-bar. It promises to be a stellar weekend for fans of leftfield psych and noise, so we’ve put together a guide to our recommended bands not be missed at the festival – along with a playlist in case you remain unconvinced.

All photos taken by Jose Camaano

Friday (Free Welcome Party for all you cheapskates) 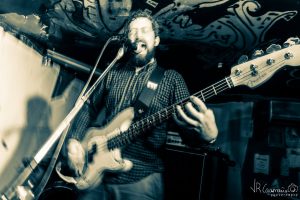 The first night warm up takes place in the co-op owned and run venue The Moon, who have a handful of fine bands to whet the appetite. Headliners No Spill Blood are Roadburn veterans and their debut album Heavy Electricity was released by Sargent House, home to the likes of Earth, Chelsea Wolfe and Boris, so they come with some reputation. Their sci-fi synth infused riffery promises to be a sight to behold, which for the princely sum of £0 is frankly ridiculous value. Supporting them are ramshackle groove laden monologue enthusiasts Gindrinker, writers of the finest ode to Bullseye presenter Jim Bowen this writer has ever heard (check the playlist and see what you think), who never fail to entertain with their The Fall by way of Mclusky shenanigans. Also on the bill are Fever Dream, who sound like Yo La Tengo at their loudest and dreamiest, the playfully lush psych pop of Flowers for Freaks and explosive math rock dealers Esuna. That should be enough to get any party started. 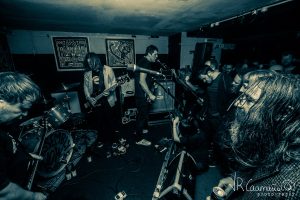 The Sabbath day promises to be suitably celebratory of Ozzy and Iommi’s riff circus, packed with guitars so fuzzy you could nuzzle into them like a big shaggy dog. Or at least you could if they weren’t pummelling down on you like a massive sack of hammers. London’s Part Chimp should need no introduction at this stage – those who caught their stunning show at Clwb Ifor Bach last year will certainly need no convincing to catch them again. They’ll be in a smaller venue this time, closing things out at The Moon, which threatens to be a sweaty mess of drunks by the time they’re done. Also bringing the riffs are progressive doom outfit and Metal Hammer favourites Ohhms (Urban Tap stage), who released one of the best heavy albums of last year in The Fool; double drummer toting avant-garde noise monsters Cattle (The Moon), who prove that you don’t need a guitar to be as heavy as a really quite heavy thing; Swansea two man war machine VAILS (Urban Tap), who come on like Big Business at full tilt with a singer who sounds like he spends his days gargling tar; and Bo Gritz (The Moon) who play a skewed take on post-punk/post hardcore with a frankly intimidating amount of intensity. 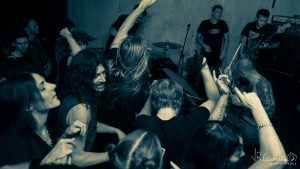 If you want a refuge from the deluge of delicious heaviness then Clwb Ifor Bach will be offering sanctuary with a number of intriguing leftfield acts. The ethereal yet hard hitting occult electronica of Kayla Painter threatens to be a highlight of the weekend as she brings an immersive audio/visual show to the festival. In a strange coincidence her and stoner metal band Limb (playing Sunday), despite not being obvious partners in crime, will be doing very different takes on the story of Bella in the Witch Elm over the weekend. It’s safe to say Kayla Painter’s Delia Derbyshire sampling effort is the one most likely to leave a chill in the bones. Also featured in Clwb Ifor Bach Will be the beguilingly strange komische/krautrock infused sounds of Accu, Y Niwl’s surf-tastic instrumental rock and HMS Morris’ dark post-punk dance party. Whereas down where the quality ale flows in the Urban Tap you can find Perverts, whose minutemen/fugazi-esque grooves sound like they would have had a key chapter in Our Band Could Be Your Life if they weren’t British and a couple of decades out of whack, as well as Farm Hand bringing some infectious IDM indie pop and Lecu’s narcotic minimalist ambient/drone. 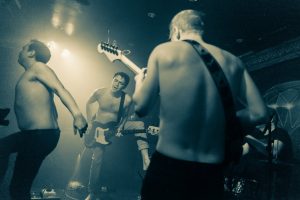 Cardiff Psych & Noise Fest’s Sunday is no less packed with ridiculous heaviosity as it’s Saturday line-up, but it’s also crammed full of weird and wonderful psychedelic delights. Yama Warashi (headlining @ Clwb Ifor Bach) are hard to get a hold on – your first thoughts might be of Can or Amon Duul II but before you’ve gotten comfortable pigeonholing them there they start gently pulling you in so many different directions you’ll have no idea where you are. Theirs is a superb brass laden experimental breed of psychedelia that is as accessible as it is deliriously weird. Prior to them getting on stage Quodega, aka composer Tom Raybould, will be leading the crowd into his world of instrumental psych via stops at post-rock, industrial, trip hop, electronica and myriad points in between not yet charted by whoever the hell goes about naming genres. Rounding out the top of the bill in Clwb Ifor Bach are Yo No Se, bringing their pleasingly grungy stoner take on psych rock to the bill. 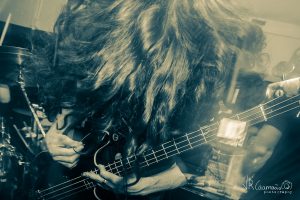 Thought Forms are the hazy, hypnotic half of the filling in a big ol’ riff sandwich over in The Moon. Not that they can’t get down and heavy with the best of them when the mood takes them but you’re guaranteed to get more subtlety in their set than from the likes of headliners Pigs Pigs Pigs Pigs Pigs Pigs Pigs and Ghold who will be bludgeoning the audience senseless with riffs-a-plenty. The other half are Meatraffle who’ll be bringing their curious mix of dubby post punk psych agitprop to proceedings.

Not to be outdone on the heavy front the Urban Tap stage will be hosting the pure stoner rock fury of Limb, who will most likely be on a high as they’re launching their latest record Saboteurs of the Sun that very weekend, as well as South Wales’ best kept secret and Echoes & Dust favourites Estuary Blacks. If you can convince a bookie to take bets on our Album of the Year poll for 2018 you should put the house on them winning it: they’re as close to a sure thing as you can get, such is the intoxicating effect their meaty stoner infused post-rock concoction has had on our writers (check out the review of the album here). And then, back in The Moon, there’s Pigs x7 themselves, who promise to provide an insane finish to the festival. A notoriously rawkus live act who’s legend seems to grow with each incendiary show, Pigs will soon be off supporting Thee Oh Sees and then using their recently awarded PRS Momentum grant to get to work on album number 2. There’s a real worry The Moon won’t be able to contain their Sabbathian might and that they could well do what the property developers couldn’t and end up levelling the place. This will be a great weekend to celebrate the gem that is Womanby Street and the success the people had in keeping it alive, and then lamenting it’s probable loss as this glorious parade of magnificent freaks lay waste to it with riffs and love and beer. This is truly not one to be missed. 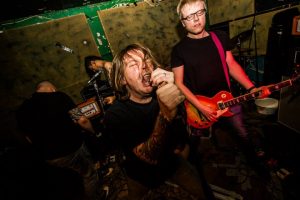 Tickets for the Cardiff Psych and Noise Fest are £20 for the weekend or £12 per day and can be purchased at seetickets, wegottickets and dice.fm.