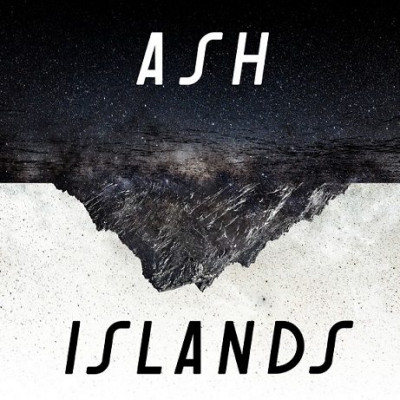 One of Northern Ireland’s most successful bands seem to have been around forever and a day. Downpatrick’s Ash formed in 1992 as a trio of cherubic teens who were combining forays into the world of rock n’ roll with school studies. By the time I ventured forth into Belfast’s music scene Ash had already been there, done it and fecked off across the water to find success with their first single ‘Jack Names The Planets’. They absolutely blazed a trail in making this move, not since The Undertones had anyone managed to escape our wee country in such a way. The success of their 1994 debut album Trailer laid the foundation for good times for Tim Wheeler, bassist Mark Hamilton and drummer Rick McMurray.

Following up Trailer in 1996, the band had more success with 1977, featuring game changers such as ‘Goldfinger’, ‘Girl From Mars’, ‘Kung Fu’ and ‘Oh Yeah’, (which would actually be the name Stuart Bailie would later use for his Belfast music centre). Feeling the constraints of being a three piece, Ash recruited Charlotte Hatherley in 1997 and released the scatty Nu-Clear Sounds in 1998. The pressures of non-stop touring coupled with a lack of hits almost bankrupt the band. So the band retreated back home to write the successful Free All Angels album which spawned the big hit ‘Shining Light’, winning the band an Ivor Novello award.

In 2006, Hatherley left and they released the patchy Twilight of the Innocents. By this time, the landscape of the music industry was shifting so Ash decided to only release singles for the time being, 26 of them in total, one every two weeks. The compilation A-Z Series actually contained some clever songs showing Wheeler still had the creative spark. After this insanity, the band put out Kablammo in 2015, which also showed some elements of capable song writing, albeit the band weren’t exactly coining it in from the release. So to 2018 and another Ash album, entitled Islands, has appeared. Are the band still relevant, now they have become 40 somethings? I’m pleased to say they actually are, having grown up with them and conflictingly admired and resented them for over 20 years!

Lead-off single ‘Buzzkill’ featuring Damien O’Neill and Mickey Bradley of The Undertones is something of a red herring. A snotty and potty mouthed brash punk romper where Wheeler gets to throw around a load of swear words, I wonder if a man of his age be doing this? This could easily have appeared as a b-side to one of their earlier singles. Thankfully, the album is full of more intelligent bright pop nuggets such as opener ‘True Story’ which drips with melancholy in the vein of ‘Shining Light’. The melody is most pleasing and encouraging for the rest of the album. This song does not break any china, nor does the rest of the album, but it highlights that Tim wheeler sure knows how to write a catchy song.

The up-tempo chug rocker ‘Annabel’ features some trademark Wheeler melodic guitar lines. Once again, the melody is memorable and summery, the track bursting with hooks. Likewise, ‘Somersault’ is a sugar coated pop song resplendent with handclaps and twinkling keys. The fuzzy pop of ‘Silver Suit’ is something that Rivers Cuomo would sell his Granny for. Coming across as the eternal teenager, Wheeler provides a heartfelt tribute to a lost love in ‘All That I Have Left’, a steady up-tempo ballad that could easily be a Weezer song.

‘Don’t Need Your Love’ is a heartfelt and languid ballad that introduces some delightful production flourishes of non-intrusive strings and cheery little guitar interjections. There’s a wonderment to Wheeler’s simplistic guitar solos that has been a long standing staple of Ash records. Giorgio Moroder style keyboards sprightly hop and flicker over a fusion of disco and rock in ‘Confessions In The Pool’ but the track is a tad too throwaway and isn’t a song I want to come back to. Lilting keys embellish ‘Is It True?’, a romping pop rocker that turns melodies like a sidewinder with twisted guts.

There are three monumental bona fide killer tunes on Islands that ultimately shake the album over the line. ‘Did Your Love Burn Out?’ has a folk tinged melody and sweet intro with Wheeler singing emotively over a strummed guitar. Easily one of the strongest tracks on the album, it’s songs like this that make you wonder how and why Ash aren’t still troubling the Top 40. But then, times have changed and bands like Ash don’t trouble the “Hit” parade anymore. Halfway through this song Wheeler lets rip with a beautiful bluesy solo that could have lasted a bit longer, but then, these guys love their short pop nuggets. At 4mins 35secs, this is something of an epic for Ash!

The absolute highlight of the album is this tender ballad ‘It’s A Trap’ that has a humongous chorus that erupts and builds into a glorious melody aching with melancholy. Once again, there’s a nod to vintage rock songs from a bygone era and the instrumentation on this song matches the high level of song writing. If there’s any justice this song will help re-ignite Ash’s success, easily as good as ‘Goldfinger’ or any of their earlier hits. The album closes with ‘Incoming Waves’, another fine song with a very strong melody and matching instrumentation. When Ash get it right they have few peers and this swooning gorgeous song tugs on the heart strings, Wheeler turning in a passionate vocal. Then the strangest thing happens, totally unexpected, the track erupts into a seismic wave of guitars, voices and crashing drums that readily fits into post rock territories. I never thought they had this in them and for future reference, lads, more of this please!

Maybe I’m a little bit biased as Ash are local heroes, but a back catalogue that contains 18 Top 40 hit singles, not to mention the numerous movie and computer game tie-ins, shows that Tim Wheeler and his cohorts know how to write a good song. Their longevity may baffle some and indeed, their career to date has been a rollercoaster, but with Islands, the band ably show their song writing skills. If you can fondly recall any of the aforementioned Top 40 hits, I strongly encourage you to give this a listen, you might well be very pleasantly surprised. 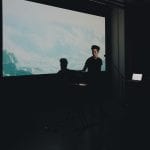