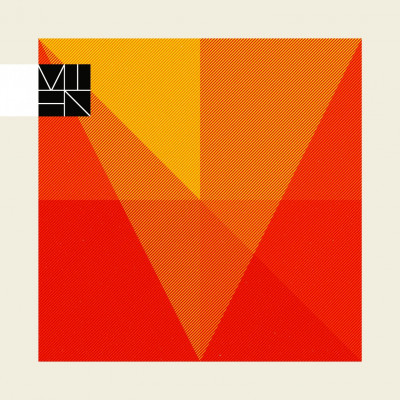 One of the latest arrivals to Rocket’s new breed is the psych ‘supergroup’ MIEN comprising members from bands such as The Black Angels and The Horrors, from its lineage alone, I knew this would be a record with a lot of promise.

‘Earth Moon’ opens the album with a nostalgic revival of classic sixties psychedelia; spangled, starry-eyed sounds and almost Syd Barrett-esque lyricisms ooze lysergic bliss and a kickback calm akin to a sunny afternoon. ‘Black Habit’ and ‘(I’m Tired of) Western Shouting’ join the album effortlessly. I feel like this is almost by the numbers psych but, it’s done so well, that realistically, it’d be a lot more accurate to describe it as exemplary psych music. I find it interesting that after so long of releasing bands that sound like they’re from some narcotically tolerable dystopia exploring the future of psych, Rocket now have band that feels like they’ve been gestating in a bunker for decades until the world was ready for their spooky take on a vintage psychedelic atmosphere. Their music feels like a warped reworking of Roger Corman’s The Trip or Easy Rider.

Although, it has to be said that the album does take some very different directions such as that of the magnificent ‘Hocus Pocus’. The electronic elements in the track really stand-out as one of the best features of the album overall but, also as a potentially strong direction for a sophomore effort. I’d love to hear a more Nine Inch Nails-esque MIEN…This side of them reminds me of Judge Dredd or the Justin Greaves soundtrack for the Futureshock documentary about 2000AD. ‘Echolalia’ was another favourite of mine on this album for the same reason. It’s a really idiosyncratic mix of sounds but, I’d definitely say that if you enjoyed Julie’s Haircut, Goat and Hills, this album will probably tickle your fancy.

‘Earth Moon (Reprise)’ is a pleasant conclusion to the album. It starts off fairly krauty and dreamy like the latest album The Horrors did but, eventually sounds like how I imagine Massive Attack would be on a fuck load of opiates. Alluring and sedately.

I think it’s fair to say the experiment paid off. A bunch of sick musicians got together and unsurprisingly created something that was also fucking sick. I was skeptical that the band would meet my expectations given those involved but Rocket have in fact done it once again.