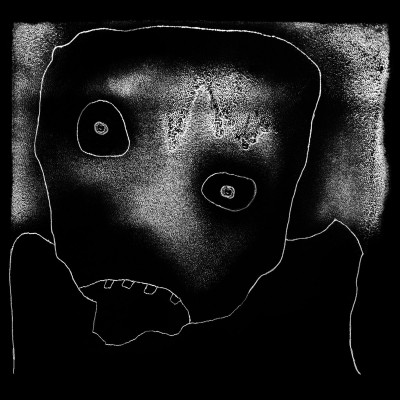 It’s nice to know that, after almost two decades, Radiohead’s Amnesiac remains resolutely strange.  The wayward stepsibling to Kid A, it had the advantage of appearing without the same element of baffling surprise of its forebear, allowing its oddness to feel more at home in the mainstream spotlight.  This of course isn’t to say it’s not completely weird, because it is.  And it’s why it’s a perfect canvas for Echo Collective, a Belgian coming-together of musicians who play both within and without the rules of classical music, to reinterpret in as loose and familiar fashion as they see fit.

From seeing members of said collective play onstage with A Winged Victory for the Sullen a couple of years back at a memorable set at the Barbican, it was obvious from the outset that this curious bunch of songs would be well-handled by people who play equally well both within and without the regulations of classical music.  Knowing this also fuelled a small amount of trepidation in wondering just what they’d do with a record which I’ve spent a long time absorbing and mulling over.  But that’s all part of the fun.

What becomes apparent very quickly is that, for an instrumental album, it’s surprising just how much Amnesiac hangs on Thom Yorke’s vocals.  Instead of a problem for the Collective, this presents an opportunity and a foundation for their interpretations, using several instruments to personify the uniquely-voiced frontman.  Without the benefit of a cheat sheet to say what’s being played at any one time and with only the possession of ears musically untrained to the point of idiocy, I can only hazard guesses that he’s portrayed variously by viola (‘I Might Be Wrong’), bassoon (‘You and Whose Army?’), cello (‘Packt Like Sardines in a Crushed Tin Box’) and what seems to be a saxophone/bassoon/violin/xylophone combo (‘Pyramid Song’).  I could be entirely incorrect though, but it matters not as it all fits and allows the rest of whichever song to grow around it rather nicely.

As for the songs themselves, you probably already know if you like them or not already but you’ll certainly hear them in a different light.  Working backwards, closer ‘Life in a Glasshouse’ blends in with its original more than most on here thanks to the general jazzy tone, albeit in slightly softer form here thanks to woodwind taking the fore instead of the original’s brass.  Elsewhere, the transition from post-rock electronica to neoclassical collective largely depends on mood and instrumentation choice, as some songs stay close to their root whereas others have a bit more of a wander.  ‘Pyramid Song’ in particular stays close to its confounding and hypnotic origin, whereas ‘Packt Like Sardines…’ (the album’s highpoint for me, both here and in 2001) takes a pensive, paranoid song and turns it into something altogether more bright and – dare I say it – jaunty thanks to upbeat percussion and a wonderfully-danceable final part.  The biggest departure is probably the combo of ‘Hunting Bears’ and ‘Like Spinning Plates’ presented here as a single, calm 7-minute piece that captures Amnesiac’s more leftfield ambient influences rather well to provide a period of gentle reflection, albeit in keeping with the general curious tone of the rest of the record.

The whole thing’s incredibly versatile, sometimes without the listener even noticing – ‘You and Whose Army?’ for example starting off in minimal classical form before those those piano chords kick in and the layers of pretty much everything flow right over until you have no idea what style or form it’s all supposed to be taking because it doesn’t matter.  Such is the ease in which this 2018 vision takes on its 2001 source that it does feel a bit of a pity that ‘Pulk/Pull Revolving Doors’ isn’t here, although it’s hard to see how such a track could sit with the palette available here.

Ultimately, it’s a record that feels right.  It’s right that – once again – a quintessentially album-based band has an (almost) entire album covered in one go.  It feels right that the ideas explored in a fairly challenging album are picked apart and reworked.  And yes, it even feels right that it’s sometimes a bit fiddly to initially get to grips with.  All this makes Echo Collective’s version of Amnesiac an ideal companion piece for Radiohead’s original; strange and beautiful in different ways and at different times, but equally compelling.