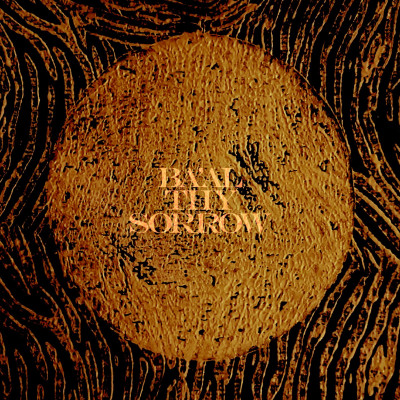 Thy Sorrow by Ba'al

For a band which creates such expansive post-metal songs, Ba’al has come an impressively long way in a relatively short space of time. Within two years they went from an idea to winning Metal 2 The Masses, this got them to Bloodstock Festival. Their festival performance saw them hand-picked by Russ Russell as ‘new band of the weekend’ and entitled them to a recording session with him and the result of which is ‘Thy Sorrow’. This track propels the band further along the road to fulfilling the Echoes and Dust prophecy that “Ba’al are going to be huge” and it will be a travesty if this band doesn’t gather the response its output deserves.

The track is executed so brilliantly that its three sections of post-metal stitch together seamlessly. For the first two minutes the band pummel you with a repeating thick churning riff which rests on some solid double kick drumming and deep vocal screams. This loop is completed when the guitar slides off on a small arching crescendo before repeating the earlier riff. After a few iterations the tone suddenly changes and light instrumentation layers around some haunting clean vocals which steadily build up to a more forceful clean vocal hook. Half way through the track the music cycles back to the start but the preceding clean section has given the repetition a new bite and grit and the ideas deployed separately now spiral together beautifully. The music sweeps around and the urge to close your eyes and head bang along is insatiable as the song rises before slowly descending to its ending.

The vocal ability of Steffan Benham at times reminds me of Karl Middleton from Earthtone9 and such a display gives the recording a massive lift. With his delivery on ‘Thy Sorrow’, Benham bares not only his singing abilities, but also his lyrical content. He smashes both with aplomb and this emphasises the quality of the song writing within the band rather than distracting from it. It really has been a long time since the UK saw such ability to write lyrics and portray them which such a quality delivery.

The only fault I can pick with this release is that it is just one song. The quality is so high that I, like many others, yearn for more. The trajectory of the band has been impressive since conception and the big question now is how long can Ba’al keep putting out songs of this quality? I really am looking forward to finding out that answer.