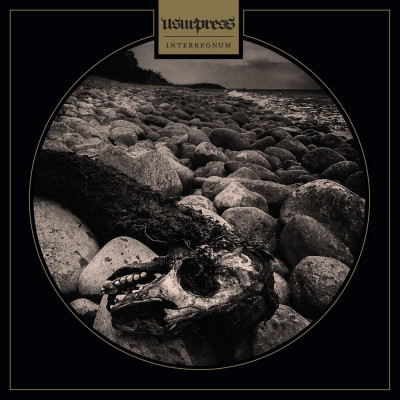 I’m coming quite late to the party on this one, as Interregnum was released in late February. I didn’t know of the band’s existence until much more recently when I got the Bandcamp weekly release email (if you don’t get them, sign up – it’s another great way to find new music). Usurpress have their spiritual home in 1990’s Swedish death metal but this, their fourth album, marks a departure from previous straight-ahead death metal to a style of melodic DM with progressive, hard rock and gothy elements. Bassist and songwriter Daniel Ekeroth is something of a music historian, having published an exhaustive book on Swedish Death Metal in 2008.

Giving Interregnum a first whirl I heard (very) melodic death metal with a nod towards mid-era Paradise Lost, lots of Opeth, plus Sisters of Mercy and a 1970s hard rock bounce that combined to make a very listenable, complex and rounded album. The vocals range from (almost) clean singing to a Mikael Åkerfeldt-style growl to a rasping Andrew Eldritch-type rumble on the final track.

First track ‘A Place in the Pantheon’ sets the scene with a lamenting clean guitar and slow drumroll under a gruffly spoken-word intro. This album tells a dark story and there’s an air of sorrow from the start. What’s immediately compelling as the music starts to build is the melodic and extremely hooky guitar refrain, with elements of Opeth and 70s prog, backed by jazzy drum fills. The metal starts in earnest with title track, ‘Interregnum’, which kicks in next at full blast. The rasping vocals come in over a heavy mid-paced riff and again I’m reminded of how Opeth used to switch effortlessly between sweet musical refrains and rumbling DM with a snap of the fingers. There’s an underlying repeating riff and melody that makes ‘Interregnum’ inherently catchy. Third track ‘In Books Without Pages’ switches between a clean vocal and sinister guitar and a pleasing heavy and pounding DM rumble. The refrains in between have a nuanced jazz feel and there’s an interlude halfway through that brings in 70s rock influences.

Standout track for me, ‘Late in the 11th Hour’ features a fantastic catchy riff that is interwoven with a slow and heavy melody. A variety of musical styles is showcased here, with a section partway through that features a distorted solo with wah-wah pedal that blends effortlessly back into the truly  thunderous metal breakdown that follows. ‘Ships of Black Glass’ is possibly the heaviest track on the album, and vocalist is in full throat as he growls “black glass”. Yet, breaking up the full metal roar is the occasional jazz interlude with sweet guitar and clean(ish) vocals. That’s what drew me to this album: the pounding, exciting metal coupled with the refusal to stay in one gear for too long. Final track ‘The Vagrant Harlot’ changes territory once again: this wouldn’t sound out of place on a Nephilim or Sisters album. It’s catchy, gothy hard rock melodies finish a truly superb album.

I loved Interregnum so much I bought it on vinyl. The imagination and sheer complexity of this album make it a thrilling prospect. When so much metal can be very harsh and stuck in a single gear, Usurpress have taken a breath, slowed down and made an album that uses all sorts of different sounds and styles to great effect. Well worth a listen. 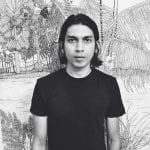 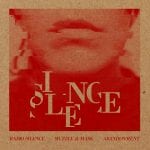