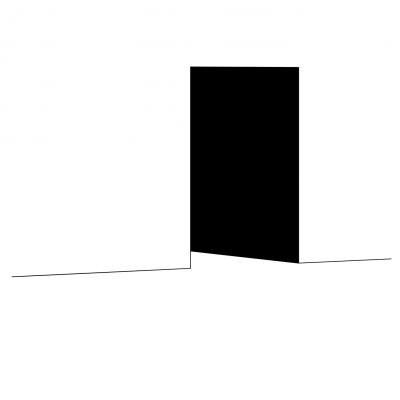 With their latest album, Rooms/Ruins, Flying Horsemen just add a bit more proof that Antwerp(en) has been for a while, and still is one of the modern music hotbeds in continental Europe. For more than twenty years or so, starting with dEUS, all of Stef Kamil Carlens’ band spin-offs, names like Admiral Freebee and more recently like Tubs (also reviewed on Echoes & Dust) and quite a few others there have been some interesting sounds consistently coming out of this Belgian city.

What seems to be a characteristic of all these musicians, and that includes Flying Horsemen is the fact that no matter what kind of description you try to attach to them, fit them in a certain genre, they always seem to throw in a few twists and turns to make them straddle categories and definitions.

The band itself, being around since 2010 have developed this sound that fits (or actually doesn’t fit) into quite a few things that usually cover a few shadows of dark colours – from Nick Cave and Mark Lanegan (including his buddy Duke Garwood), to “pop darkness” of Jeff Buckley to dystopian post-rock of Godspeed! You Black Emperor (with vocals). The opener, aptly titled ‘The Key’ indicates a few directions the album is going on, from its almost gentle introduction to intricate instrumental change-ups that follow. ‘Fever Room’ gives some additional dark shades with its post-rock moves, while ‘Reverie’ that follows sounds like a Lineman track written for Jeff Buckley.

What is most impressive about Rooms/Ruins is the overall atmosphere the quintet led by guitarist/vocalist Bert Dockx create, making each of the tracks fit in into an overall image. This might have something to do with the fact that the band honed down these songs over a seven-week-long residency at “deSingel” (Flanders key arts venue) and a number of other shows in Belgium and Netherlands before they went to record the album itself.

In the end, Flying Horsemen have created an album you can always play before you go to bed when you wish to get rid of any possible nightmares. Rooms/Ruins will do it for you.