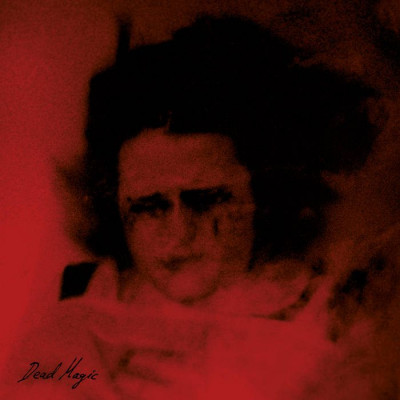 A fascination with death, mysticism and spiritual visions of an existence beyond this mortal coil have been present in the music of Swedish artist Anna (Michaela Ebba Electra) von Hausswolf from the outset, as the title of her piano-based debut album Singing From The Grave (2010) makes clear. And, as with contemporaries to whom she may be loosely compared, such as Chelsea Wolfe, Myrkur and Emma Ruth Rundle, Von Hausswolff’s music has followed a trajectory from early material that is relatively bright and commercial to later work that is dark and uncompromising.

Von Hauswolff’s second album Ceremony (2013) featured ‘Funeral For My Future Children’, for example, an organ-pop track using a gloriously upbeat rhythm to convey pitch-black themes: “I’ll bury all my children/I’ll carry them to death”. The Miraculous (2015) saw her exploring the rougher, stranger aspects of her four-octave vocal range to match lyrical themes drawn from personal mythology, gothic fairytale and folklore, and the mystical novel Källan (‘Source’) by Swedish author Walter Ljungquist, as well as entrenching her reputation as the queen of darkly-beautiful organ drone. And beauty is not a word I apply here lightly. Demonstrating her penchant for adapting songs in the live arena, Von Hauswolff performed a slower, darker version of ‘Funeral For My Future Children’ on the pipe organ at Christ Church, Park Avenue, New York, in the same year, re-imagining it as a soaring lamentation complete with grief-wracked yodeling, doom-heavy swelling organs and sonorous drone-rock. For me, this version – which I unfortunately did not witness live but have regularly repeat-listened on Youtube – sets a new standard for sonic emotion and grandeur.

I first came across Von Hausswolff as the support act for Swans in London last year – and this pairing with Michael Gira’s avant garde drone-rock gods was perfect if unconventional. There is something about the near-endless sustain and wall-of-sound power achieved by a pipe organ that lends itself well to drone music. It is no coincidence, then, that Dead Magic was produced by Randall Dunn, famous for his work with drone metal pioneers like Earth, Sunn O))) and Boris, which tells you all you need to know about the particular kind of darkness and heaviness achieved here.

Dead Magic is a room-filling and immersive sounding album that – like any good drone band – is felt as much as heard. Dunn also produced Thrice Woven, the latest album by Cascadian black metal heroes Wolves in the Throne Room, to which Von Hausswolf contributed vocals and organ. The influence of black metal on Von Hausswolff’s music is subtle, if her appreciation for the sub-genre is less so, garnering controversy in the Swedish press in 2013 for wearing a t-shirt by Burzum, a highly-influential yet notorious band whose sole member Varg Vikernes was convicted of murder and church-burning in the mid-1990s. Vehemently denying any support for Vikernes as a person (as do many in the black metal scene) it seems logical that she should tap into the atmosphere if not the instrumentation and style of black metal, given the darkness that has been present in her music from the outset. And from the album cover – the face of a female corpse, roughly captured in blood-red and black, which could easily accompany a metal album – to its overall richly-gloomy timbre, it is on Dead Magic, via the ironic medium of a church organ, that Von Hausswolf allows her inner metalhead to escape.

‘The Truth, The Glow, The Fall’, the first of Dead Magic’s five tracks, begins with the crackling of flames, followed by gently swelling organ chords that eventually accompany the track’s central refrain ‘After the fall’ with a simple four-note melody. Úlfur Hansson’s string arrangements swirl eerily around Von Hausswolff’s question ‘Can you hear the sound? It haunts you’, before a distinctively percussive, two-note organ figure rhythmically instigates a new section – ‘The Glow’, perhaps, if the track is considered as tripartite. Here her voice lifts the song into a continually rising chorus, followed by a shimmering, sparkling bed of strings. During the track’s final three minutes (‘The Fall’), rhythmic organ smoothes out into ambience and Von Hausswolff’s voice appears in a much rougher, cracked form before lifting again into melody.

Next is the first single released, the stunning ‘The Mysterious Vanishing of Electra’, which takes its sonic cues from that magisterial live version of ‘Funeral For My Future Children’. Led by a confident and catchy rolling drum pattern and monolithic organ chords, the track mixes trance-inducing repetition with some of Von Hausswolff’s most experimental and unhinged vocals to date. Her voice is chameleonic, slipping from low witch cackles to wild shrieks within single words, even single syllables. Referring both to the figure from Greek mythology and to one of her own middle names in the track’s title, Von Hausswolff recently discussed Dead Magic as an album with a more personal and more generally female aspect, in a recent interview for The Arts Desk website.

Pushing the boundaries of her voice like never before, Von Hausswolff provides a tour through alternative and experimental women vocalists – evoking the spirit of Diamanda Galás, Jarboe, Kate Bush, and Beth Gibbons – yet shaped into a voice instantly recognizable and uniquely her own. There is a genuine wretchedness and viciousness with which she growls the line ‘My love is not enough to save me’, and the huge, octave-climbing whoops she emits here, on the final word, are deranged, enigmatic and genuinely hair-raising. Building to a fierce climax, ‘The Mysterious Vanishing of Electra’ draws upon the skills of guitarists Karl Vento and Joel Fabiansson, whose perfectly placed doomy leads are simple but devastating.

Clocking in at just over sixteen minutes, ‘Ugly and Vengeful’ is the album’s longest, slowest and most brooding track. Gradually building-up from crackly dark ambience through woozy synth, strange chanting and the omnipresent organ at its most expansive and cavernous – via a brief drum and vocal break like The Creatures’ strange exotica – to peak with pure minor-chord doom. ‘The Marble Eye’, Dead Magic’s only instrumental, is a sombre and multi-layered keyboard piece that showcases the power of the 20th century organ housed in Copenhagen’s Marmorkirken (“the Marble Church”) on which Von Hausswolff recorded during 2016. Melancholy and funereal it may be, but ‘The Marble Eye’ acts as a kind of respite, a moment to take breath amidst this album of huge and unpredictable emotional narratives. The album’s closer ‘Källans återuppståndelse’ returns to the work of Ljungquist, translating appropriately as ‘Return Of The Source’. Shimmering into life with radiant synth that is highly reminiscent of ‘Laura Palmer’s Theme (instrumental)’ from Angelo Badalamenti’s Twin Peaks soundtrack, it’s a powerful piece – especially when Von Hausswolf’s vocals come in, with shades of Julee Cruise at her most ethereal – and a calmer, dream-like end to an otherwise mournful and energetic album.

Overall the album feels like the next logical step in her musical development, continuing the trajectory of her previous albums in terms of lyrical content, vocal experimentation and, above all, sheer quality. Given the exposure brought to her via an appearance on BBC Radio 6 Music recently, Dead Magic proves to be Von Hausswolff’s breakthrough album, as attested by a recent sold-out London show. If The Miraculous saw her testing the fit of style and genres, then Von Hausswolff’s fourth album provides space for the refinement of her previous ideas into something magnificently uninhibited and wild. The result is her most deeply emotive, as well as conceptually and sonically coherent, work to date. Dead Magic is Anna Von Hauswolff’s darkest music yet – and the darkness suits her.