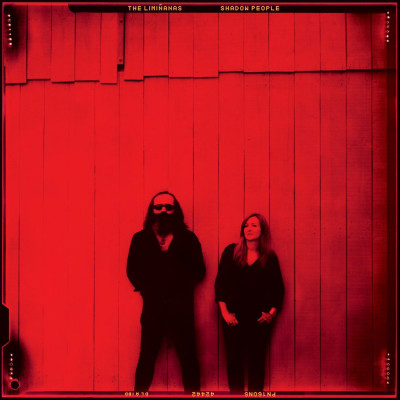 Shadow People by The Liminanas

Enter from the darkness of stage right, The Liminanas, a married psych duo from Perpignan, France with their new album Shadow People. The album was recorded by Anton Newcombe of none other than Brian Jonestown Massacre at his studio in Berlin. There’s a mix of both English and French vocals as well as some instrumental songs over this project. At first listen it sounds like a 60s psych rocker fell in love with Parisian poet and someone made a movie about it to which the album is the score for.

‘Ouverture.’ opens the album with the steady clap of percussion as guitar spins around you with some plucky Turkish strings jumping in at times. A more formal introduction is made on ‘Le Premier Jour’ where isolated tropical guitars echo around spoken passages.

At this stage in the album The Liminanas offer up four tracks with features. Anton Newcombe jumps in on ‘Istanbul Is Sleepy’ throwing down some vocals and bringing something more dark and fuzzy to the album. French actress Emmanuelle Seigner whispers some vocals over ‘Shadow People’ which despite having some nice layering of keys and guitar distortion I find the lyrics to be quite two dimensional. ‘Dimanche’ comes in with beeps of distortion and tambourine shakes as the poetic rhythmic force of Bertrand Belin speaks more passages of French. These verses become so woven into the fabric of the song that the voice becomes part of the instrumentation itself and the language barrier communication issue melts away. ‘The Gift’ sees New Order bassist Peter Hook’s signature high bass plucking melodies livening things up a bit.

This album depicts The Liminanas as that older cooler couple sitting in the shadows of French bars nursing a drink and pulling on cigarettes from under sunglasses. Although this isn’t something I’d normally go for I have found it really indulgent and enjoyable. It has given me valuable insight into French psychedelic and pop music’s mysterious and sexy history. Exit the shadow people stage left.