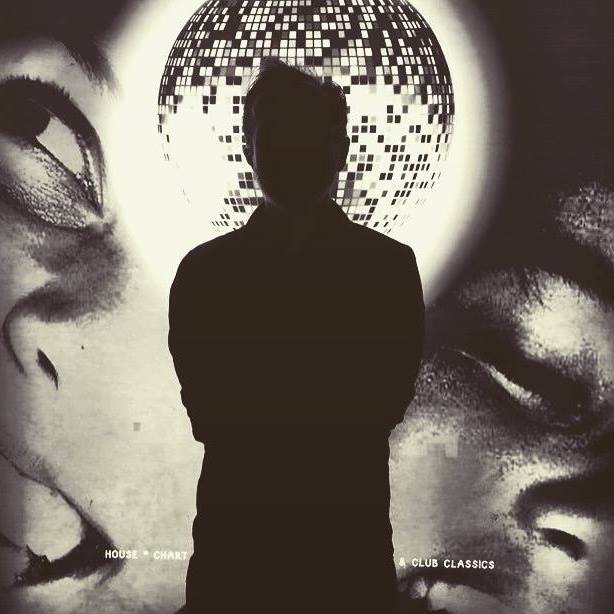 Late last year, I caught up with Herb Magee; one-time bassist of Northern Ireland’s nu-grunge outfit; LaFaro, turned award-winning bedroom electronica producer and soundscaper; Arvo Party. With Herb’s recent semi-permanent relocation to the US of A, we made our exchange over a popular messaging service and chatted sociopathy, loveless wobbles and Bootsy Collins at ridiculous time of the morning.

(((O))): So now I’ve got you on record, lets talk about your past. You gained a degree of notoriety as bassist for LaFaro, formerly on Small Town America Records. I know there were some rocky times, resulting in your temporary resignation at one point, but were there any lessons you carried over from your time in LaFaro into this project?

Yeah, LaFaro was certainly a learning curve in many ways and, apart from the obvious lessons, I learned to not be too precious about my musical ideas because, more often than not, they would be discarded anyway. I did leave LaFaro at one stage but ultimately rejoined. The eventual demise of the band was down to missing money, poor relations, poorer communication, lies and sociopathy – certainly not on the part of 3/4 of the band though!

(((O))): Sounds tense! So what prompted the move from alt rock to electronica? Is this a style of music you’ve always been into?

I’ve always had an interest in electronica; it’s more sonically adventurous than most rock music and I guess I must be into textures.. Apart from straight up rock music the things that intrigued me early on were Nine Inch Nails and Bowie’s ‘Low’. I guess ‘Low’ is where it all started. I didn’t have the resources to make music on my own until two years ago and that’s when this Arvo thing started. It’s an ongoing experiment really.

(((O))): Best way in my humble opinion. It’s a tired journalistic question but I have to ask…what are your biggest influences?

The biggest influences on my current sound are loneliness and hope.

Classical and ‘neo’ classical have always been an influence on me. Hence the ridiculous name. I grew up on Nessun Dorma and Carmine Burana. It was only years later that I realised their impact.

(((O))): I can really hear that in your sound and composition. Your music has quite a cinematic feel to it. I was imagining that it was the soundtrack to some dystopian future when I reviewed the album which leads me to my next question: If you could compose a soundtrack to any film, what would it be?

My dream movie to score would, quite obviously, be Blade Runner. I was sort of impressed and confused by the score for the new one. I need to hear it again but there were some overwhelmingly Hans Zimmer moments that sort of ruined it for me a bit.

(((O))): On that note, for all those tech heads reading this, what are the primary weapons in your arsenal then?

My entire backline consists of this – 1 x MacBook Air 2013, 1 x Focusrite Scarlett 212, 1 x Fender Mustang bass, 1 x Sansamp DI, 1 x M-Audio midi keyboard, 1 x Logic Pro X and dozens of free plug ins from the likes of bedroomproducersblog and whatnot. I use a lot of Togu Audio Line stuff, which is great and, mostly, free. For a couple of tracks on the album I borrowed a Korg Minilogue and a Moog Mother 32, both of which are incredible and wayyyyy out of my price range. At the moment at least. A lot of the album tracks I ran through a Tascam 4 track, just to add analog wobble, hiss and warmth. It made a difference to how I saw the whole album once I started doing that. To be honest, production wise, I am, like everything else, self taught. It takes time to find what I want and even more time to refine it but it’s usually worth it. Usually.

(((O))): And do you still think of yourself as a bassist when producing electronica?

I’ll always be a bassist. I do a lot of session work which pays the bills but when it comes to the Arvo stuff I tend to shy away from putting bass on most of it. I guess when people hear “Bassist solo album” they expect some Bootsy Collins funk whereas, to me, it’s more of a frequency thing than a percussive thing. I guess because I’m flexing my rhythmic muscles in other ways in this project I don’t feel the need to be as inventive with a bass guitar. Synth basses are wayyyyyy more fun anyway. The relationship between instruments both real and software based is something I struggle with, given my lack of a budget or financial support, I have to make do with whatever I can get my hands on but I certainly made an attempt to mix between the two as too much of one or the other would have left me cold, personally.

(((O))): You don’t fancy being the next Squarepusher then?

Ha, I’ll take his royalty cheques! I dunno, I don’t really have a plan for any of this stuff, whatever comes out is what comes out. It’s a document of a moment in time more than anything. But maybe, maybe, if I do any of it live it might end up being more bass driven. But then I’d need a drummer and yadda yadda yadda

(((O))): That could work! I saw Shobaleader One in Manchester earlier this year and their interpretations of Squarepusher songs in the context of a live band are fucking ace! So why do you think running the songs through the four track had such a big impact on your perception of the album? Would you consider yourself to be purist?

I wouldn’t call myself a purist by any means (look at my setup!) but the four track added that ‘Loveless Wobble’ that I adore so much and, in lieu of a Space Echo, it had to do. When I first started writing my own ideas as a teenager it all happened on that four track so maybe there’s some romance in that which attracts me to it. I don’t like things to be too perfect either, the four track definitely puts a little dust over the whole thing, which I like.

(((O))): You’ve recently moved Stateside. What prompted that drastic change of scenery and how will this impact your music?

Well I have and I haven’t. Given the state of this post 9/11 world it’s not that easy so until I am accepted by the warmongering stateside authorities, I’ll be splitting my time between the two I imagine. The reason for the move is family. My partner and daughter live in Colorado, which is a beautiful place so I imagine, I hope actually, that the scenery will influence the music somehow. I think it already has in a way. These big skies aren’t forgotten easily…

(((O))): And how does your music fit around your family life?

My family life means I cram in lots of work in short spaces of time. I’m lucky in that I never suffer from writers block, I just start. So it comes in fits and bursts but that suits me.

(((O))): That’s something I think a lot of musicians would envy. This move to America though, that’s a big deal. The Irish music has been good to you right? I mean, your debut album is currently nominated for an award. What does that level of recognition mean to you as one of only a few Northern Irish electronica artists?

The Irish music scene is the only scene I have ever known, for nearly 20 years too so yes, it has been very good to me and I have tried to be good to it too. Most of my friends are musicians in said scene and I wouldn’t have them without it so I am very grateful. No matter where I was to live I would always consider myself to be a part of the NI Music scene. I’m delighted and shocked to have the album nominated for the NI Music Prize. I’m genuinely surprised by it, especially having only been known as a bassist in a band before, it helps me feel justified in making my own music and it’s nice to know that other people like the album as much as I do! I don’t really know about an electronica scene in Northern Ireland. If there is one, I’m probably not a part of it!

(((O))): Well, I did a bit of digging and it appears that you are one of a handful of electronica artists who profess to be from Ireland. Or at least according to Wikipedia. So, last question then, what lessons have you learned from writing, recording and self releasing your debut album? Will you be looking for a label for album number two or is AP strictly DIY?

Ha! Well maybe there are more than I know of… I’ve learned a few things from doing this over the years. With the album I learned the importance of mastering. My good friend Phil d’Alton mastered the record and it transformed it, or it changed my view of it at least. There’s also the importance of good speakers or headphones. I mostly used headphones and as a result have some pretty sweet tinnitus. Apart from that, it’s good to do things on my own terms and to not have to answer to anyone! I had some label offers for the last one but it didn’t come to anything, I guess I’ll reassess that if/when number two is ready but I quite like being in charge of it all. No compromise and all that…

(((O))): Fully appreciate the DIY ethic man. Ok, I lied, that wasn’t my last question. This is: If you discovered a rip in the fabric of time and space, which allowed you to travel to any point in history, would you use it for good or for evil?

The one sound I wish I could capture is that of a rip in the fabric of time, both the rip itself and the following outpouring. But I would absolutely use it for good, which, unfortunately, would be evil in some other folks eyes. But that’s the filthy modern world in which we ‘live’.