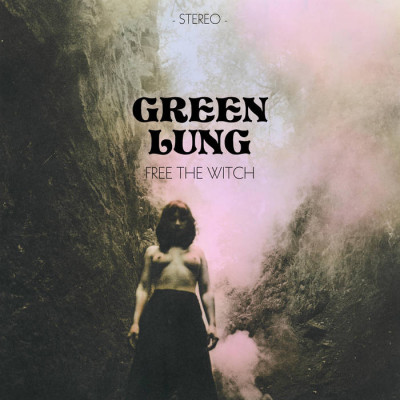 Free The Witch by Green Lung

South London band Green Lung won’t be winning any prices for originality any-time soon, but with their first main release Free The Witch they have certainly made a statement of intent. A four song EP offers a sturdy introduction to a band who are steeped in their classic influences, yet use them to their greatest strengths, Green Lung definitely like to wear their doom on their sleeve.

Obvious influences aside, and lets be fair, in a genre where the limitations are plain to see, it is often difficult to break away from them, Green Lung offer up an intense roar of fuzzed up riffs, burning your retinas with their occult tinged madness. Atmospheric, yet filled with an early NWOBHM ethic, the band unleash a steady cacophony of doom filled music which doesn’t let up over the course of twenty five minutes.

‘Lady Lucifer’ perhaps sums up the band in its rousing glorious as its witch-like atmosphere evokes the pomp of Ozzy Osbourne in the glorious days of ‘NIB’. An obvious touchstone, and amongst the music, you can sense the ghosts of Iommi and Butler driving the music on. Green Lung have a more punk ethic adding an element of speed to their riffs. As the classic doom of ‘Lady Lucifer’ leads into ‘Free The Witch’ you feel the music stepping up a gear, resulting in a full on head-banging moment.

There is diversity too, and the deep, rumbling bass of ‘Older Than The Hills’ is a welcome respite after the intensity of the riffs. It offers a breather, albeit slight, before the band turn on the doom once more. Ever eager to return to the heaviness, it gives the EP a somewhat excitable feel. This is a good thing though, and shows a band in those early stages of creation, hoping that their music career burgeons into something rather substantial.

The UK doom scene seems to be solidifying itself again after a few years where it kind of lost its way. A new pack of bands are leading the charge and we can definitely add Green Lung to the ones to watch list. They have an edge to them which should see them through their obvious influences and enable them to build a more substantial body of work. There is enough here to keep the hardened doom listener excited, and the re-listen value is high. A worthy addition to any doom collection.