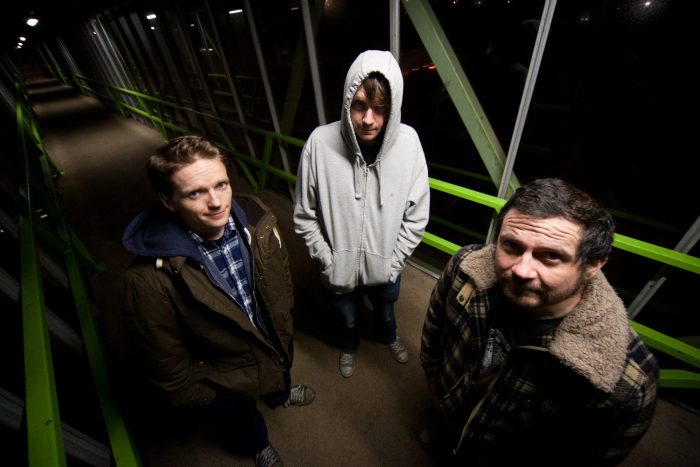 Somerset trio Henry Blacker return with their third album The Making Of Junior Bonner on April 6th. The follow up to 2013’s Hungry Dogs Will Eat Dirty Puddings and 2015’s Summer Tombs will once again be released on Riot Season on vinyl and as a download.

This nine song 40 minute record lyrically covers the downtrodden, shaking them with lysergically gloopy riffs of both the upbeat and downbeat nature. it is perfectly suited for 30 people in a bar having a night of pints. Or a packed venue in some exotic hot spot full of characters having a night of white wines. Or would sit nicely sound tracking a person at home secretly having a night of cans alone, drowning their misery under the weight of an 8 pack of European strength lager.

Inspiration comes from all the desert rock bands and angular punk rock bands that always get listed on these things, you can imagine. Bands that list bands on these things that they want you to think they sound like are ridiculous. They did recently get included on a recent Bandcamp piece: ‘Top Ten UK Noiserock bands’, but that list didn’t include Drunk In Hell so it’s not to be trusted.

This record was recorded in Bristol and Barton St David by Ben Turner. Look up Barton St David, it’s in the middle of nowhere and it’s really lovely. It’s also where Henry Blacker rehearse. It’s got it all, and biscuits on top.

Listen to the track here: