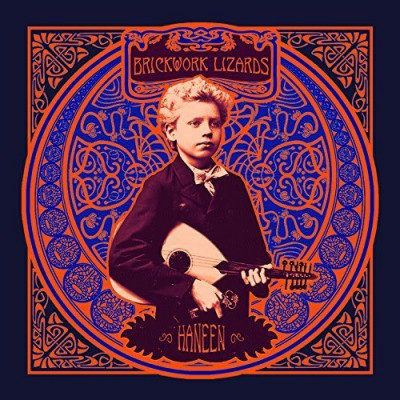 Coagulating in Oxford, Brickwork Lizards are a sometimes surprising mix of Middle-Eastern/Eastern European folk group, 1920s gin-joint jazz-band, and rap ‘n’ roll dynamics. “How hipster!” you might say, but whilst most things hipster have an air of the inauthentic, the Lizards make this combination work delivering a record that is, by turns, joyous, melancholy, sinister, and uplifting. It’s not without its flaws – the rapping doesn’t always work for me (but then I’m not a big rap fan so what do I know), and I strongly suspect that as a live prospect, the Brickwork Lizards, are more in their element in front of an audience than holed up in a studio. But then your great-grandad will probably tell you that all the best gin-joint jazz-bands played everything live and never put anything down on tape, and he should know as he probably went to more summer festivals than you ever went to, and drank more than you ever could.

I am, however, a big fan of big bands making a big band sound, particularly when they draw – as this band does – on an authentic, rootsy sound. Roughly, imagine a North African Bellowhead, with a similarly eclectic approach to traditional music, and in the intriguingly named Tom O’Hawk, a front-man every bit as charismatic as Jon Boden, and you’ll be pretty much there.

Haneen is, a largely joyous affair, with music that eventually seeped itself into my bones despite any misgivings I might have had. Uplifting polka-esque stomps like ‘All That We Are’ sit along the seedy, smoky, lament of ‘Old Fashioned Song’; ‘The Hanging Tune’ probably wouldn’t be out of place in The Wickerman. Haneen, the album notes tell us, is an Arabic word describing a nostalgic yearning, and indeed this new music seems steeped in a rich historical past that draws on both the Middle-Eastern and Old-English traditions.

Sonically, the album draws on many traditional Arabic and Western acoustic instruments, all sympathetically recorded and which meld together incredibly naturally. Rapping, provides a flashy modernity and gives the group a unique flavour, and the vocals are, on the whole, strong and distinctive throughout. There’s a lot of bands with retro-sounds out there, but none I’ve heard so far capture the kind of music found here. A solid record.