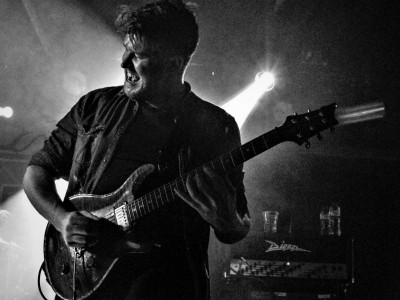 Sikth’s comeback has been nothing short of remarkable over the last couple of years. One of the most innovative and original bands this country has produced in a long time were missed during their hiatus, but since their return, they have gone from strength to strength. With a new album and vocalist the band are using this run of shows to both promote the new release and also celebrate the tenth anniversary of their Death Of A Dead Day sophomore landmark.

The opening act were Press To Meco, who have gained quite a reputation in the short time that they have been around. Experimental at times, but bring everything together into finely tuned packages, and it’s easy to see why this three-piece have been so highly rated by those that have managed to catch them. This was the first time for me and hopefully it won’t be too long before i catch them again. One of those bands that create a noise that suggests that there is far more of them onstage – the fact all three of them share vocals is a good example of this. Bigger things are definitely afoot for this band. 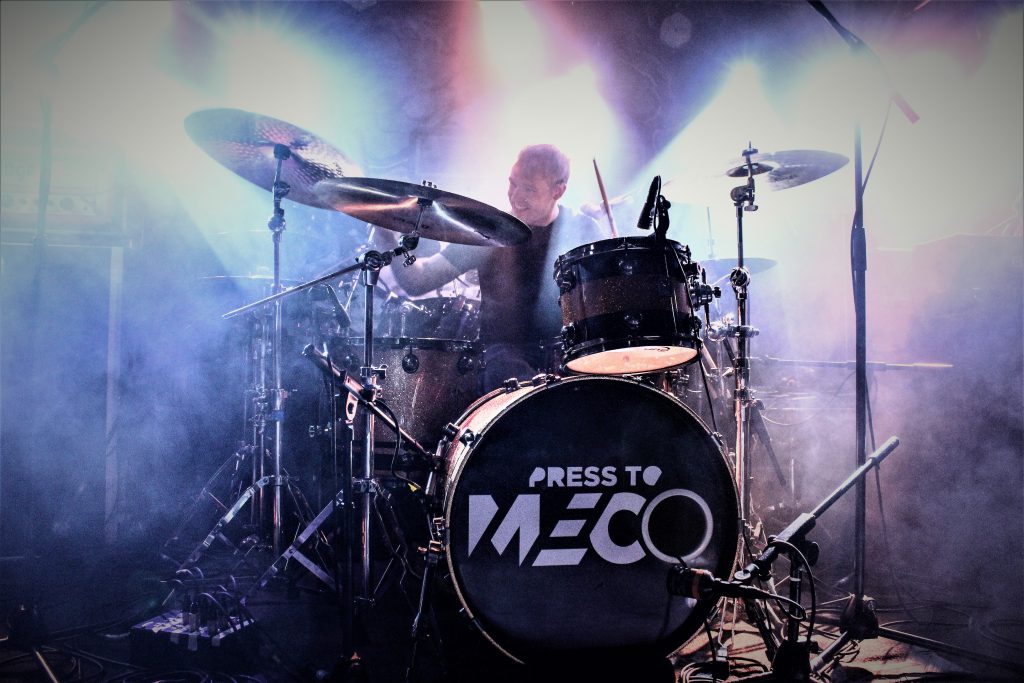 Devil Sold His Soul were main support for this tour and were, like the headliners, also celebrating an anniversary of an album, with their A Fragile Hope debut also turning ten this year; so obviously that record featured heavily in the set. Their dual vocals offer up a snarling, vicious edge, but they also show some calmer and more eclectic influences on tracks like ‘Time’. They also had a decent amount of the crowd behind them, and the set got more and more people down to the front as each song progressed. 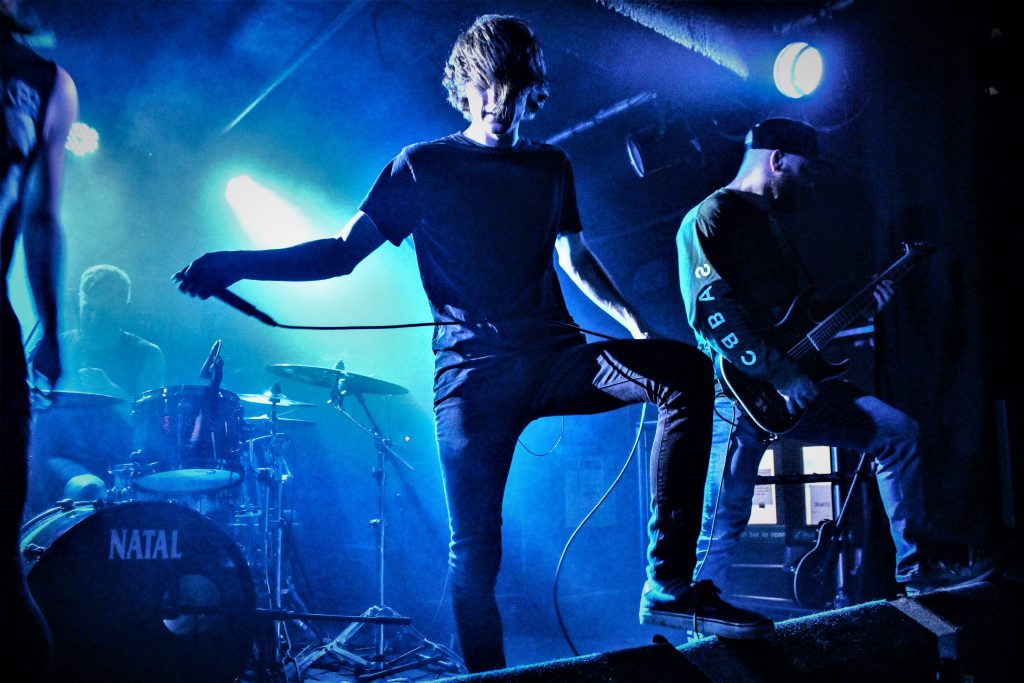 With a band as unique as Sikth, losing a vocalist could have easily come as a big blow to their sound. They have found the perfect replacement in Joe Rosser, though, who brought his own style to this year’s The Future In Whose Eyes, and tonight proved he is more than capable of filling Justin Hill’s space on older material too, with the set heavily weighted towards the Death Of A Dead Day album. The set flowed back and forth throughout their discography, and four songs from that second album made their live debut at this show: namely ‘Way Beyond The Fond Old River’ , ‘Summer Rain’, ‘When The Moments Gone’ and ‘Where Did We Fall’. The crowd responded accordingly, with a mixture of pure energy and standing in awe of such a great band. The two frontmen did their best to get everyone involved and moving, Mikee even getting on someone’s shoulders to navigate his way through the crowd later on in the set. New songs sounded huge, and old favourites such as ‘Hold My Finger and ‘Pussyfoot’ descended into chaos in the best way. Mikee’s vocals are still as powerful, angry, delicate and weak, and pretty much everything in between; and the fact that each member of the band brings the same sets of skills to their respective instruments makes seeing Sikth live such a special experience. 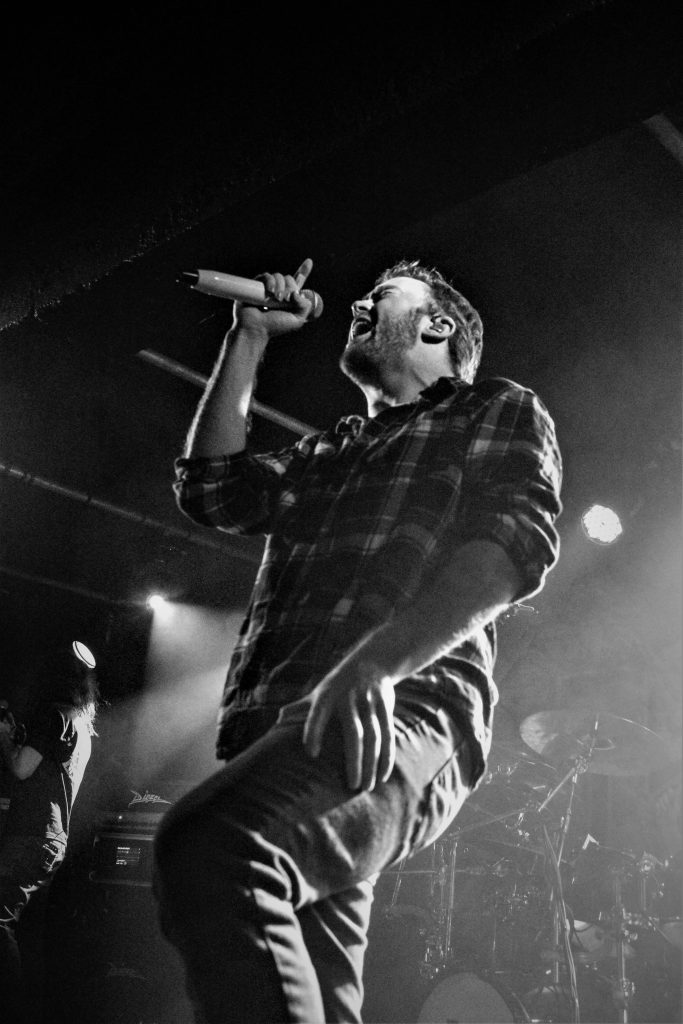 Each track sounded more intense and packed than the last, and showed you just how far ahead of their time they were when they were originally active. The Djent movement largely came and went in their absence – a time when they could have made a huge name for themselves. Maybe now with their technical, progressive, melodic and more primitive brutal sounds they can build that fanbase again finding fans from all genres. Genuinely one of the most unique and talented rock bands this country has produced, it’s a pleasure to see them back and on such good form. 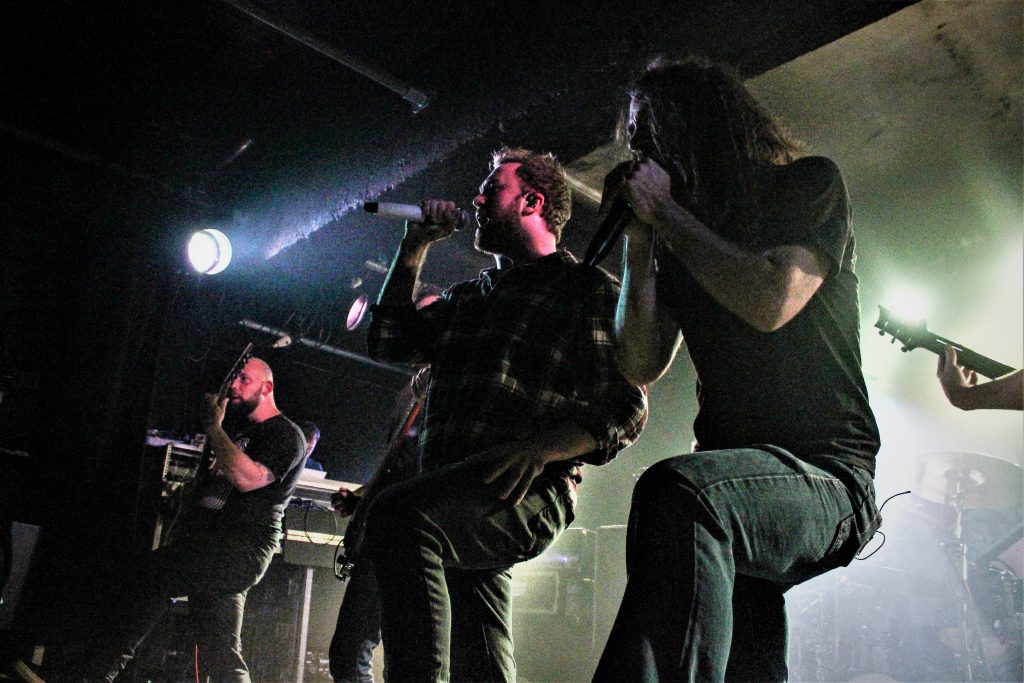 Philistine Philosophies – The Aura – Golden Cufflinks – Hold My Finger – Pussyfoot – Skies Of Millennium Night – Bland Street Bloom – Flogging The Horses – Way Beyond The Fond Old River – Summer Rain – Sanguine Seas Of Bigotry – Where The Moments Gone – Part Of The Friction – Where Do We fall? – Another Sinking Ship – As The Earth Spins Round