(((O))) Review: URUK – I Leave A Silver Trail Through Blackness 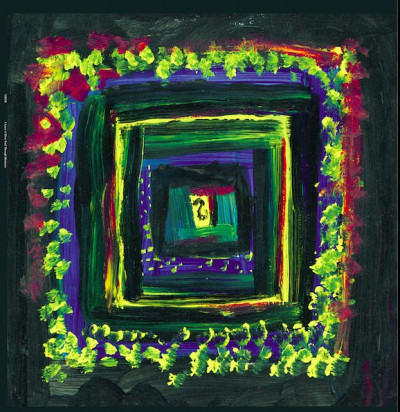 I Leave A Silver Trail Through Blackness by URUK

URUK is a new musical project from longstanding experimentalists and serial collaborators Massimo Pupillo (Zu, Triple Sun) and Thighpaulsandra (Coil, Julian Cope, Spiritualized and, most recently, UUUU). If you’re familiar with the work of either or both you’ll want to give it a try. Meeting each other a couple of years ago they both confessed admiration for one another’s work and, almost inevitably, they then decided to do something together. I Leave a Silver Trail Through Blackness is a single, lengthy, drone piece that displays both their experience and mastery. If you can imagine something between Zu’s Jhator album from earlier in the year and Coil’s moon music phase then you’re in roughly the right area.

It’s a subtle and complex piece, the sound design is incredible, creating a wide space through which they thread rich textures and an array of delicate details. There are moments of unease or disquiet, but they don’t go in for any heavy handed, spooky, dark ambient clichés to chill your spine. Equally there are also periods of calm warmth although you’d never mistake it for a relaxation tape. Beneath the relatively still surface it constantly shifts and twists. There are deep bass drones down there that will rattle stuff in your room if you play it loud enough and gossamer wisps of sound that surprise you through headphones. As ever, the closer you listen the more you will be rewarded by smaller, submerged, moments. It’s an evocative and atmospheric listen, I find it’s like floating in a canoe along an underground river. Dark but calming.

There’s no reason for instrumental music to necessarily be concerned with anything outside of itself and here the clues are few, allowing you to bring what you will to it. Affirming the link to Thighpaulsandra’s time with Coil the cover image is a painting by Jhonn Balance. It’s a kind of sub Howard Hodgkin daub that suggests a tunnel, possibly it also gives the track its title but that’s not clear either. I Leave a Silver Trail Through Blackness is certainly a title with a Coil-like feel to it. Evocative but open ended. Is it about the nocturnal visits of slugs to the kitchen? The greying of hair with age? A thread of knowledge and culture through time? A subterranean waterway? All and none of these things? I’m not aware yet of any statements from the band about their intentions, ideas, or working methods, the press release merely details their previous achievements.

Uruk is sometimes referred to as the first city, the seat of King Gilgamesh in ancient Mesopotamia, modern day Iraq (the country’s name thought to be derived from that of the city). Its cultural and historic significance echoes down to the present day, rippling through 5000 years of human endeavour. When you recall his involvement with Cope and Coil it comes as no surprise that Thighpaulsandra might take such a widescreen perspective on things. On the other hand, we can’t even be certain it’s the source of the name. More will be revealed in time no doubt.

They are touring this month and next year, so the project seems to be more than a simple one off collaboration. This feels much too carefully put together to have been improvised, or possibly even to be performed live so I’d expect we can look forward to more from them after that. In the meantime I Leave a Silver Trail Through Blackness is an immersive debut that patiently carves out its own soundworld.