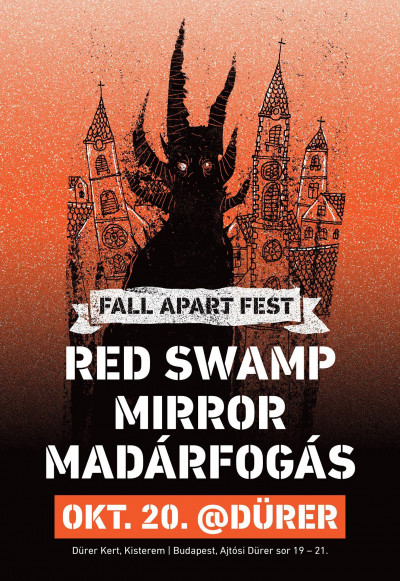 In the middle of October, I went to my hometown, Budapest in Hungary. It was a great opportunity to experience some recent local underground metal music. My Hungarian friend had prepped me with some tracks from Mirror, a new metal band on the scene. By chance, these guys were playing a gig while I was out there, so I decided to check them out. 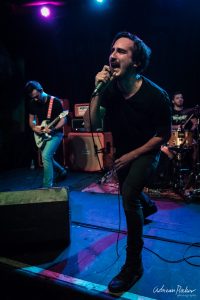 The event, at the Dürer Kert Hall in Budapest, was called Fall Apart Fest; but I wouldn’t describe it a festival as only three bands were on the bill that night: Mirror, Madárfogás and Red Swamp. Madárfogás played progressive rock, and I heard some clear influences of Tool in their music. Their set had an impressive atmosphere. Red Swamp is a stoner-metal band: it was an energetic performance with massive riffs and English lyrics.

So, as I’m waiting for Mirror, I start to hear the opening theme of the TV series, Dallas, which turns out to be the intro for Mirror’s entrance; at first it was funny, but eventually I realised that it was a surprisingly stimulating call to rock. The connection between the intro and the first song was very fluent, and they segued together amazingly well. 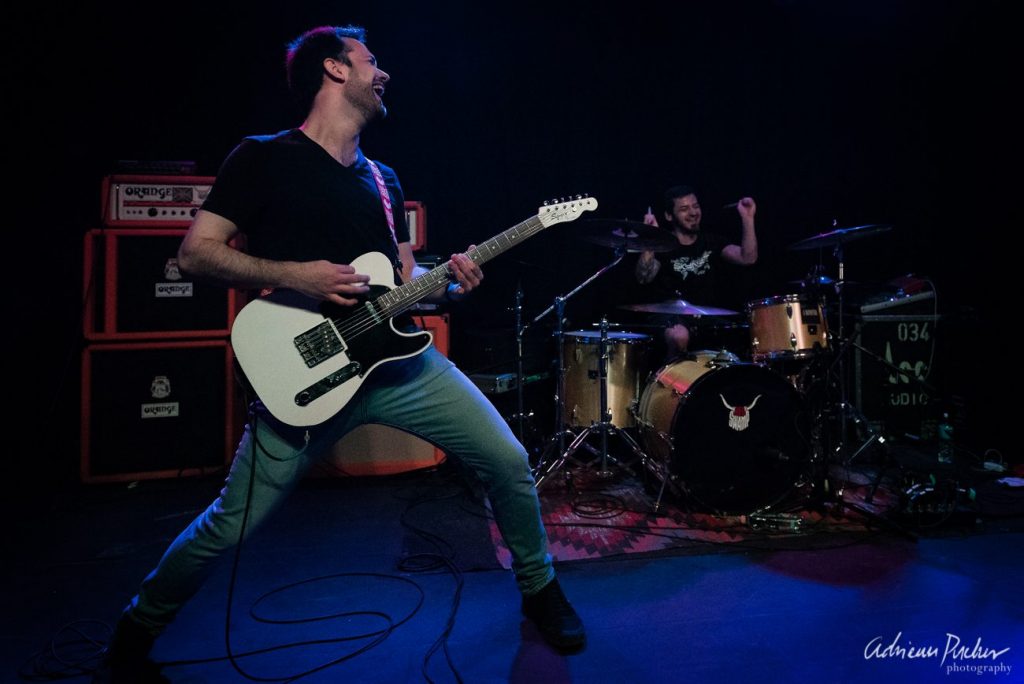 The show started with an explosion of energy both in the music and in the on-stage performance; and they maintained this energy level throughout the set. This dynamism seemed to come from two sources: the love the band feel for their music and the love these guys feel for each other. They play to the audience, but at the same time all the members play to and with each other as well, and this joy brings extra excitement and value to the whole performance. Such commitment is vital in underground music. 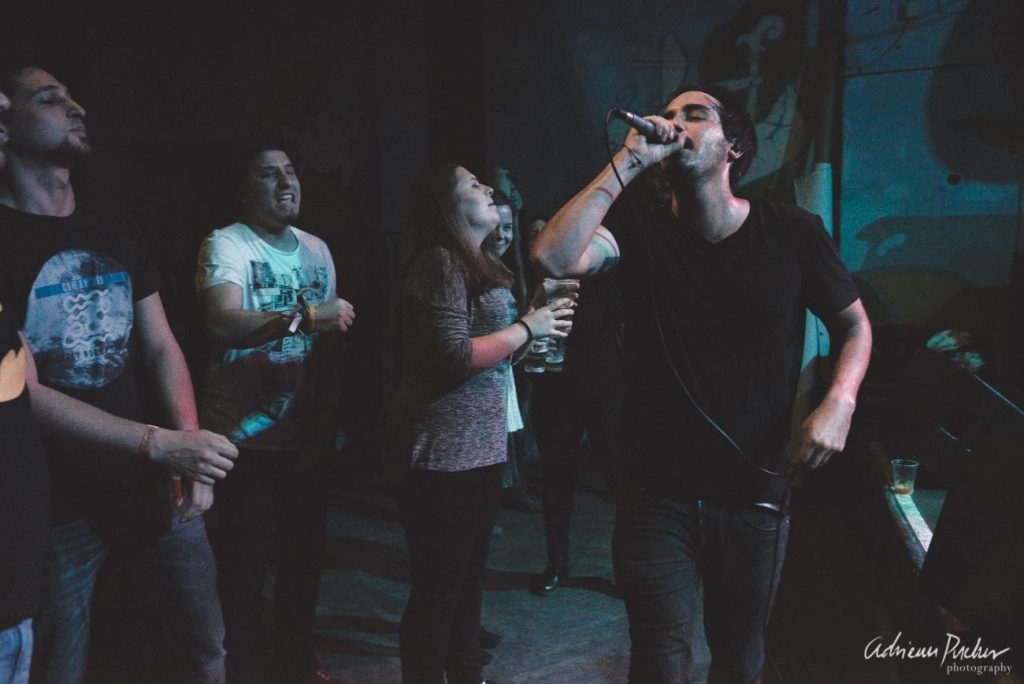 Mirror was founded in late 2015; since then the band have released two EPs, comprising six tracks altogether. The 35-minute set was built around these tracks and one new one. The songs are mostly up tempo with the vocals varying between screaming and clean singing in what proves to be a good balance of these two techniques. All the choruses are highly melodic, and this encourages a great reaction and participation from the crowd. The band are clearly aware of this, making the most of the refrains as a climax to every song, and seem to have an understanding with the audience that is continual and effortless.

At the end, I left feeling that I had been part of something that had all the classic values and emotions of authentic underground culture.