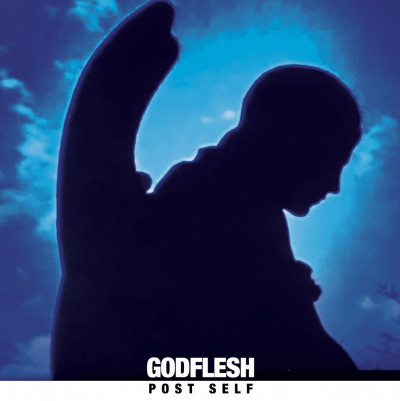 The return of Godflesh over the past few ears has been nothing short of remarkable, if slightly understated. The Decline and Fall EP followed by the A World Lit Only By Fire album both brought the band’s iconic sound back into peoples consciousness. The high quality of their work has never dipped and that looks set to continue with their new Post Self release, where Justin Broadrick and GC Green explore some of their more eclectic influences.

This album sees a very different side of the band coming through. Right from the opening title track, there is a much more melodic and almost soothing element to their music this time round, despite the underlying rage. ‘Parasite’ is a bit more familiar, as it features that old Earache Records industrial sound from the early nineties that saw the likes of Godflesh and Pitchshifter release their early material. Its still refined in places, but it’s the most directly heavy track on the record. ‘No Body’ in a very sinister, foreboding track with less melody and more dissonance and the here the album takes a definite turn in direction. This new path flows through the dour ‘Mirror of Finite Light’ and ‘Be God’, which sees everything that has built up in the record so far start to fall apart. Vocals are hidden behind layers of distortion to the point here its beyond recognition.

The second half of the album begins with ‘The Cyclic End, which contrary to its title almost seems like a new beginning after the way the album has progressed up to this point. It’s an almost ethereal track, a release from the disintegration of the previous songs and one which breathes a new life and energy into the album. ‘Pre Self’ follows in a similar path, with the slow burning track gradually building building up towards the end. The next two tracks take the album on a different path altogether with the keyboard led ‘Mortality Sorrow’ and ‘In Your Shadow’. They still have the filthy sounding bass and old school beats driving the songs along but the aesthetics are generally very different. When the record closes with ‘The Infinite End’, it almost feels like you are leaving that comfort of the last few tracks

Godflesh have always been a difficult proposition, very much a band that people either get or don’t. There is a lot there for people who do get it and have maybe spent a long time immersing themselves in Justin Broadrick’s work, but there is something here for people that maybe haven’t connected as much with them before. It’s still seething and angry, but it’s generally less jarring and cold than before. This album wont be for everyone, but it’s another bold statement from a band that have never held back throughout their career. Post Self may take time to sink in, but it’s worth investing that time in what is another strong release.