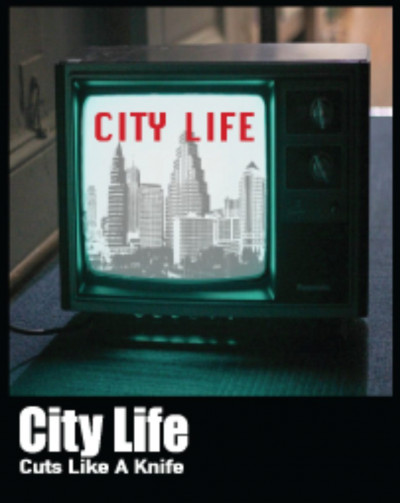 City Life is a punk rock-n-roll band from Austin, TX. Full of energy, bad ass influences and pretty awesome riffs. This first release Cuts Like a Knife is pretty exciting. This All-Star band has been around and played some pretty impressive shows with band such as Dead Boys, Sylvain Sylvain (New York Dolls), Dicks, and more. It is time for this first release to get out there and for them to play some more shows.

The first side of the record gets you pumped – rocking guitar riffs, loud drums, and punk vocals. There is a perfect amount of keyboards that pop in and out as well. The first song off the record, ‘It’ll happen to You’, enters with super high energy and has a similar vibe to Rocket from the Crypt.

The vocals are powerful, harsh, almost more of the heavy side of the band. It really ties the entire sound together and separates it from other similar bands. It’s hard to not concentrate on them – which is great! I think these vocals would translate really well live and make the show a lot of fun. Versatile and prominent.

But who can ignore the guitar riffs? Well thought out, high energy, and all around bad-ass. Song #3, ‘Shoot Myself’, really showcases the guitars. And you get a hint of solid bass lines peeking through guitar breaks (which I am always a huge fan of). The solo completes the entire album in my mind. Classic punk rock-n-roll solo with a chugging bass line to lift it up from the back, and bright drums carrying it all the way through.

My favorite track on the album is ‘All Fucked Up’. You can hear the organ in the background, and the song is full powered, heavy, and fast. I would add this to my punk rock playlist for sure.

City Life reminds me of the likes of Murder City Devils, Rocket From The Crypt, and Dead boys. If you like any of those bands, or some great punk rock-n-roll, be sure to check out City Life from Austin TX!

Cuts Like a Knife“by City Life is out now on Desolate Sounds. Check it out! 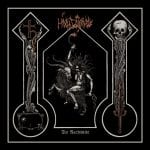