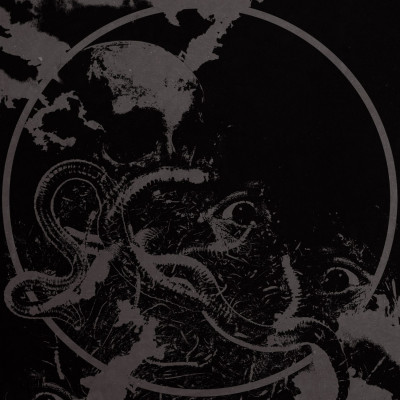 Split by CHRCH and Fister

When two of North America’s premier doom bands come together for a split release, there’s reason to look up from the computer to see whether there’s armour to hand. This is going to be heavy, intense, emotional and potentially unpalatable.

For many readers Fister will be the better known of the two, quickly becoming a stalwart of the sludge and doom worldwide scene since 2009, with numerous splits to their name. In fact, I have to admit I know Fister far more as one side of a piece of wax, than I do their three full-length efforts. Clearly something I need to resolve, but they have made the split an art form in recent years. CHRCH, on the other hand, are relative newcomers, but with 2015’s Unanswered Hymns they entered the elite echelons with one leap. Having now announced that 2018’s sophomore album Light Will Consume Us All will be released by the mighty Neurot Recordings, their star continues to rise. Before that, and before Fister hopefully release an album in 2018, we have this wonderful pairing. Each band contributed one track (surprised?) and each track is their best recorded output to date. In other words, this is essential listening and you need to get this on Bandcamp or Spotify right now before you continue reading.

CHRCH’s contribution comes in the form of the seventeen-minute ‘Temples’. Adding further intricacy and subtlety to the foundations they built on Unanswered Hymns, the band still continue to create surprising depth from their simple instrumentation and also continue with their unfailing worship for snaking, earth-shaking riffs. The pained vocals on ‘Temples’ take the intensity up a notch, beyond that which was achieved on the debut record. The track never meanders, nor does it every truly explode, but rather than being dull, it occupies the sweet spot of splendid doom for all of its’ running length. The anticipation and hype for Light Will Consume Us All begins now.

Fister’s half begins with an intensity and immediacy that belies its’ longer running time. At a mammoth twenty-one-minutes it just about fits on the side of a 12” record, especially when one considers how god-damn heavy this slab of sludge they have delivered is. Fister, at times, quite literally sound like they’re leaning out of the speakers to grab you into their static, noise-drenched hell. ‘The Ditch’ is a serving of utter despair. This is not happy music. At around the eight-minute mark Fister restrain themselves and begin a steady build toward further desolation, but not before exhibiting a lighter touch than I had thought them capable of before. The end of the track is pure misery encapsulated throat-tearing vocals and a relentless chug. Devastating.

This is easily one of the best split releases of 2017, with two bands at the pinnacle of their abilities. Future releases from them both are eagerly awaited, with a fair bit of trepidation for ear drum health, too. Immense.