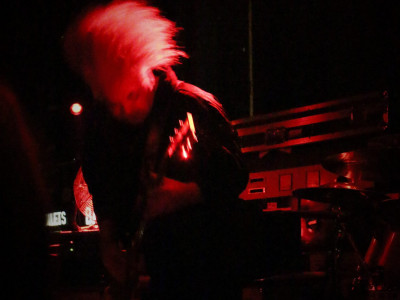 Melvins‘ shows are always a little bit special, and when the band announced that this latest tour would feature Redd Kross (who feature current Melvins bassist Steve McDonald among their ranks), following the same path they tread with Big Business when Jared and Coady were part of the line-up, this is no slouch. Once again a sold-out show in an intimate venue with the majority of the crowd there from the start.

Redd Kross were one of the largely unsung bands of the nineties alternative revolution. While frequently featuring on tours and festivals with the likes of Sonic Youth, Faith No More and Stone Temple Pilots, they never quite broke through in the same way as their contemporaries. Tonight they let loose and bring a whole new dimension to what is normally quite a full-on heavy night when the Melvins come to town. Dale Crover is sitting in on drums for this tour and he brings his trademark metronomic devastation to their normally upbeat songs. The opening duo of ‘Lady In The Front Row’ and ‘Switchblade Sister’ sounded bigger than it ever has, as did the majority of their set. Frontman Jeff McDonald added some theatre to the occasion when he performed one track first of all behind a sequined shroud so you could barely make out his features, and then towards the end of the track he completely covered his head. Their show brought back memories of the moments of pure pop genius they created back in the day, and hopefully the run they are on following Melvins around the world will re-ignite some interest again. It would be cool to see them headlining some shows over here in the near future. 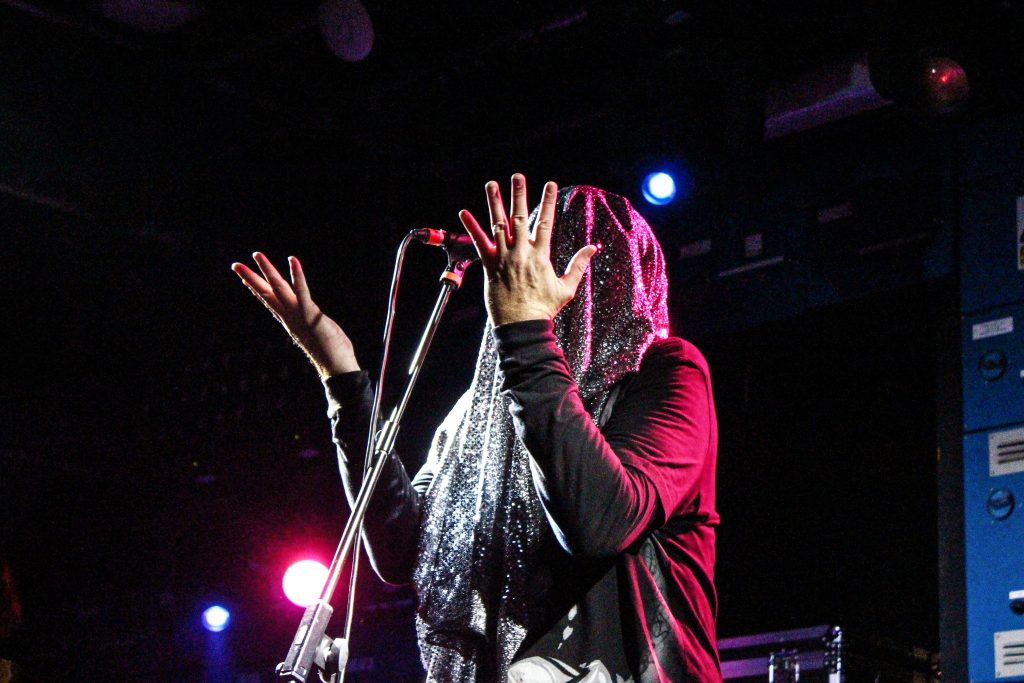 It wasn’t long before Dale and Steve returned after a quick change of clothes, and this time with Buzz in tow as the main event began. Opening with a cover of Flipper’s ‘Sacrifice’ the whole set, just like the openers, was brought together by Dale’s almost constant battery of his kit. This, plus the almost hypnotic energy that goes into every beat makes each show they play a true performance piece (and one that’s even more impressive when you consider he is doing this twice every night on this run). The band as a whole had a very different energy to the previous times I have seen them, with Steve McDonald definitely bringing something different to the band than previous bassists. He has been on the last two shows I have seen and they are a very different beast with him in the line-up. 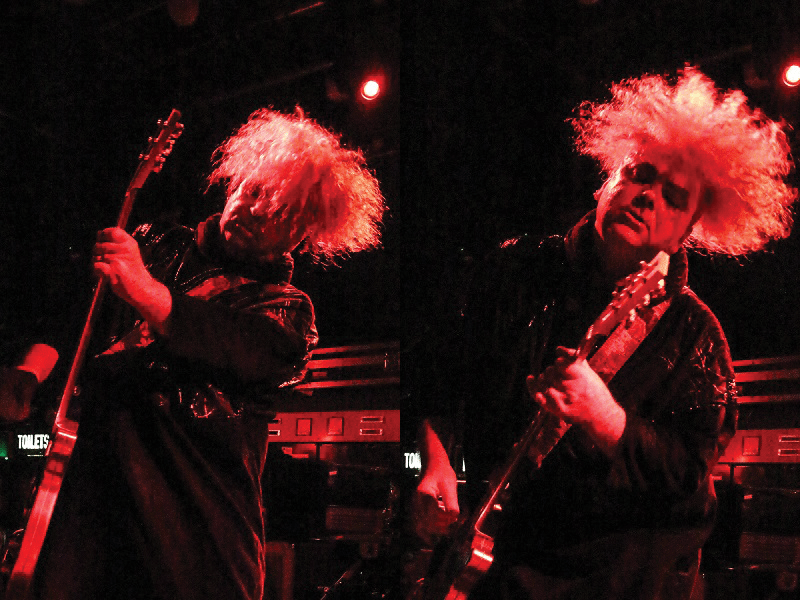 Amongst a set that featured three tracks from their recent double album A Walk With Love And Death, there were also three covers, with David Bowie’s ‘Saviour Machine’ given an airing and a completely dismantled and Melvin-ised take on the Beatles classic ‘I Want To Hold Your Hand’, with all its usual melody and catchiness replaced by slow lumbering riffs that gave the song a whole new life. The set featured a few favourites with ‘Queen’ and ‘The Bit’ getting the best responses, but it was some of the newer and more obscure tracks that really grabbed your attention. Some tracks almost broke down into almost freeform improvisations, but never once strayed towards over indulgence. Instead, you were watching in awe as three supremely talented musicians played in perfect harmony.

I normally come out of any Melvins’ show saying that was the best one yet; and I’m normally always of that mind until the next one comes along. It should come as no surprise that it happened again. I don’t know how many more times they can put on a show that builds on what I’ve seen before, but as long as they do they will have their army of fans that will continue to sell out shows across the world.