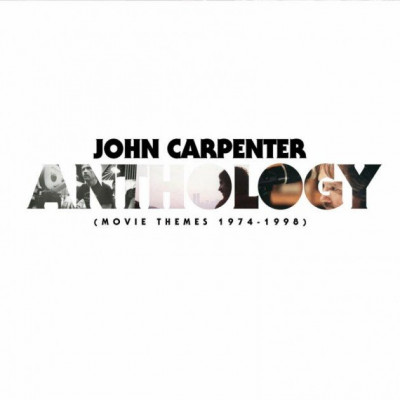 It’s that time of year again. That strange bit between Hallowe’en and Christmas Eve that seems to encourage our fondness for looking at the darker side of life and death.  Sometimes we look for the poetic and romantic side of horror as it appeals to our taste for the gothic and nostalgic.  Sometimes though, all we want to see is Alice Cooper stabbing someone to death with a bicycle.  Welcome to John Carpenter country.

John Carpenter’s films do horror like nobody else’s films can.  They are both entertainingly schlocky and can linger on in the mind long after they’ve finished.  They rewrote the rulebook for genre cinema so comprehensively that his work remains a blueprint to this day.  His late 1970s and 1980s work is still picked apart by academics and quoted by fans just as much now as then.  Carpenter captured the zeitgeist and made us all watch it, usually through the gaps in our fingers.

And of course there’s the music.  It’s probably not unfair to say that his signature soundtrack style came about largely because it was a lot cheaper than getting someone else in to do something with an orchestra.  Making the most of the technology of the time, Carpenter (sometimes with Alan Howarth) made some truly iconic themes with very little in the way of instrumentation or layers, proving that a good idea will always enrapt the imagination.

Following on from a couple of successful and original ‘Lost Themes’ records, John Carpenter finally caves in and does what everyone hopes he would do.  Presented on Anthology: Movie Themes 1974-1998 are (naturally) 13 tracks from fan favourites and classic movies, with John once more joined by his son Cody and godson Daniel Davies.  This latter name provides a nice bit of symmetry, as the original recording of opening track ‘In the Mouth of Madness’ features Daniel’s own dad Dave (he of Kinks fame) providing the same half-inched Enter Sandman chops over 20 years later.

It’s a strange record, for many reasons.  The track listing doesn’t seem to follow any particular route through his career, either chronological or by way of popularity.  The musical presentation is pretty much as it was back when the originals were made with little deviation from the originals, with only a cleaner production being the main difference – which has the curious effect of putting the sound in a weird twilight zone of its own, neither old nor new.  None of this technical guff matters though when the themes here are so fun to listen to that it doesn’t matter if he’s doing goofy 80s rock with ‘Christine’ and ‘Porkchop Express’ from Big Trouble in Little China, pressing buttons so culturally ingrained that only a few notes are needed to start feeling long-remembered terrors (I’m looking at you, ‘The Fog’ and – of course! – ‘Halloween’) or simply inspiring generations of electronic artists with sheer simplicity as he did with ‘Assault on Precinct 13’.  There’s even room for a cover, reworking Ennio Morricone’s minimal score for ‘The Thing’.

The biggest chunk of the audience for this album will already know what they’re buying.  They’re buying John Carpenter and that’s what’s here, undiluted and unembellished.  With prices for most of the scores hinted at here asking pretty high prices, this Anthology is also a really handy budget collection for film fans, soundtrack fans and anyone who just wants to know what “Carpenteresque” actually means.  Hopefully a Volume II – containing the ‘Silver Shamrock’ advert music from Halloween III on a loop for 40 minutes – is on the way.