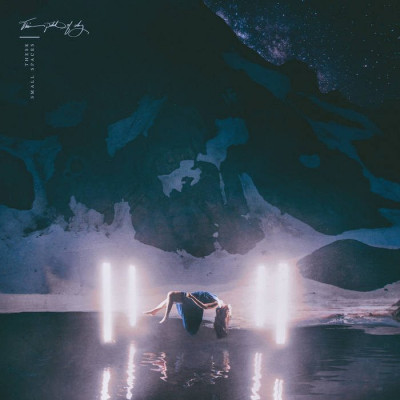 These Small Spaces by This Patch of Sky

22nd September 2017. The day when Ranges, Wander, Godspeed You! Black Emperor and This Patch of Sky (among others) released their new records. A day to be remembered. I honestly can’t remember the last time I had so many new releases to listen to on the same day.

This Patch of Sky has always been a unique band for me. Discovering their music was very special and is part of a chapter in my life and hunting down their records on vinyl (now I have them all!) was a challenge. Due to all this, I was anticipating their new one a bit more than the others released on this day.

For those who are not familiar with the band, they are on the more classical and cinematic sounding Post Rock side and this is their 6th release. The self-titled album, from 2014, was their most acclaimed effort to date. The full package (music and artwork) is stunning and one of my favorite items in my collection.

From the very beginning, it’s easy to tell These Small Spaces is a different record. It does not follow the same old beaten paths of Post Rock nor does it sound like any of the previous This Patch of Sky records. It definitely sounds like the same band, just not like anything they’ve done before.

The intro, ‘Hiraeth’, is minimalist and quiet. It becomes louder and ends abruptly, like a cut-scene in a movie. The next scene being ‘Coordinates’. And what a hell of a track it is. One of the first things I started noticing was the new drummer and how much he adds to the music on this record. The drums gently bring the melody together along with the cello. The little surprises and details, like the inclusion of brass, are also very nice. ‘Paper Mountains’ is a perfect example where the cello stands out along with the drumming in the background, slowly setting the tempo, very gracious, very quiet and peaceful. Strings are predominant throughout the whole record, but it’s especially brilliant in these 2 tracks.

Dreamy tracks ‘Pale Lights’ and ‘Her Beating Wings’ bring the solemn melodies that simmer away until they reach the point of perfection along with the right amount of melancholic discharge and emphasis on the melody leading to an eruption. The two main highlights for me: ‘Under Vermilion Cliffs’, which takes us by the hand back to a past memory culminating in its gorgeous and warm ending and embrace; and ‘Bella Muerte’ (the first single released) with its more classic and familiar sound and memorable melody. The record ends with the ‘What Once Was Lost’ and ‘Pale Lights’, a nice homage to Post Rock heroes This Will Destroy You.

It is one of the most soothing records I’ve listened to in recent times. I was told to listen to this record with an open mind and so I did. The emphasis is on the melodies and the song, not on following patterns others have established. The triumphant songs, the exploring of new territories… what can you not love about this? Before, This Patch of Sky threaded on the more typical cinematic Post Rock with the addition of strings. They’ve stripped down on some things and added others that will help them evolve. They became more minimalist, more themselves and yet there’s so much more territory to explore. The band just found a beautiful path leading to somewhere glorious.