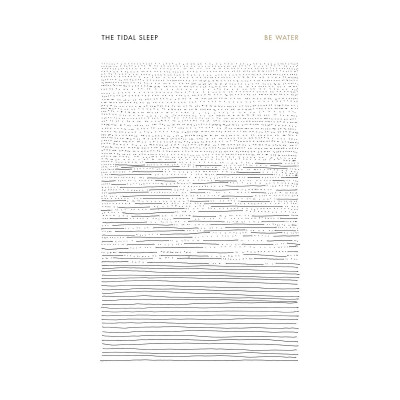 Be Water by The Tidal Sleep

I’m a big fan of much of the output from Holy Roar of late, releases from Pijn, Employed to Serve, Bossk and (current tour partners) Svalbard showcase the current talent in modern alternative and metal. These bands and many others are pushing genres and boundaries to create a vibrant and exciting scene. No exception to this is Germany’s The Tidal Sleep. The five piece band, formed in 2011. The band are a bit tricky to categorise, could probably be described as post-hardcore but this would be doing them down as their sound encompasses a lot more than this. Their 2017 release, Be Water has a range of influences and sounds, from epic, uplifting post-rock to urgent edgy and heavy with some softer more melodic.

Vocalist Nicolas Bonifer is unrelenting, his edgy/raspy vocals are present throughout the album. Often adding a heavier counterpoint to the guitar tracks which much of the time have a melodic, post-rock sound to them. Bass and drums manage to punch through this and provide some solid structure to the tracks.

The opening track, ‘Bandages’, is somewhat different that the rest of the album, it starts with a guitar that sounds like it’s been in a garage for a few years. However, track soon blossoms into a huge soundscape, the track is upbeat and hectic. Vocals are melodic but raspy. ‘Spills’ has a slightly different feel, intense and edgy. The heavier parts are balanced with calmer, more melodic sections. In a similar vein and probably the best track on the album, ‘Words’ has guitars providing colour and texture along with Bonifer’s vocals whilst the pace of the song is driven by the bass which gives the track a more upbeat happy sound. It is a great example of how this band blends instruments in some places and in others they contrast and counterpoint each others.

The third track, ‘Sogas’ sees a different side of the band, it opens with spoken word and guest vocals from Cándido Gálvez, from Spanish post-rock band Viva Belgrano. Vocalists work well together and with clean vocals adding to the mix. This track builds to a stunning crescendo, multiple vocalists and a wall of noisy guitar and bass.

Following in a more anthemic and melodic sounds the tracks ‘Hearses and Undertows’, see all aspects of the band blending well together. The production on Be Water is excellent, the bass manages to punch through the dense guitars which keeps the sound coherent. The depth to these songs are fantastic, what sounds on a casual listen to be a wall of sound on further listens is many layered, absolutely epic soundscape. The edgy, powerful vocals layer well over the more post-rock/metal backing gives the tracks a nice coherence.

A hint of punk can be heard on the track ‘Positions’. It’s more of a bass and drum focussed track. Guitars add just a bit of colour in contrast to previous tracks. The now familiar sound does kick in during the chorus, the effect is stunning. The final minute of this track is awesome, it builds and builds only to be reduced to a simple drum track. This song adds a nice bit of variety to the album and keeps things from getting stale

With another slight deviation, ‘Collapses’ and ‘Changes’ have a dark, forlorn feel to them. Nicolas’ vocals are full of angst and despair. The guitars do add some much needed colour and melody to the sound though.’Wreckages’ is gloriously dark and heavy, the track is sparse in places before the drums lead into a energetic and noisy passage, guitars and vocals working together to add to the effect, before dropping back to the previous sparse feeling. To end the album ‘Footsteps’ is a gentle, and quiet track with spoken word and female vocals, almost indie sound to it. Not to leave us on a quiet note the track does have some heavier sections, albeit with the female vocals softening the edges.

The Tidal Sleep are a band that is more than a some of its parts. Highly cohesive and capable of producing stunning waves of epic noise while still retaining melody and shape. Be Water is a very emotionally charged album without being cliche or boring. The album takes the listener on an exhausting journey through a range of sounds whilst never letting up with pace and energy.