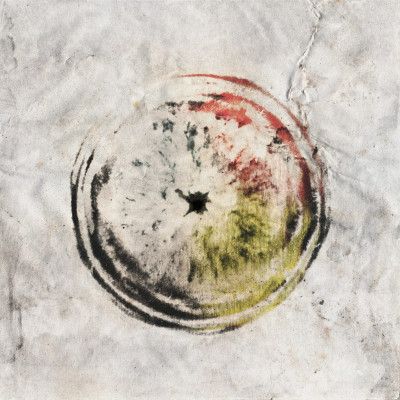 One of the problems with being independent of a label is that you don’t have lots of marketers out there telling people when you release new music. Fans actually have to pay attention. We didn’t. And, thus, here is an embarrassingly late review of an album by one of the legends of post-rock, Rosetta.

So, let’s just get to the important stuff. Utopioid is the best work the band has produced since its debut in 2005. This album will be on a lot of people’s top ten at the end of the year. It’s fantastic.

For those who know the band, their first record, The Galilean Satellites is a tough one to top. That album, and especially its first song ‘Departe’, represent some of the finest work in the genre (in my ever-so-humble-opinion). It was a 100 minute album that came with a second accompanying 100 minute album of ambient sound made to be played at the same time for even bigger effect. The audacity of the whole thing always made me smile.

Since those days, the band released two more albums on Translation Loss before shedding its label and releasing two more albums independently. All were excellent, and showed steady evolution towards a more thoughtful and patient sound, less intent on immediately slaying everything in its way, more nuanced, smarter. That progression has reached its culmination on Utopioid.

The record is somewhat unique in the band’s repertoire. Rather than packing each song full of multiple themes and dynamic changes, they opted to separate the themes into discrete musical movements that have a more cohesive and natural progression; a unified album, but with songs that are narrower in focus individually. Hard songs are hard and soft songs are soft. The band also didn’t limit itself to what it could pull off live. There is much more varied instrumentation, with different guitars, keyboards, percussion and different tunings for the various movements of the record. The effect of all this is an album that has more breadth than past records, but with songs that individually have more depth.

The album is also emotionally engaging. Overall it feels a bit sadder, soberer and maybe a bit more despondent than angry. At heart, there is a sense of existential discontent at the apparent broken promises of growing up, maturing, and aging in contemporary life. The album has moments of wonder and joy, but also leaves the listener with a palpable sense of deep disappointment and loneliness.

For me, the highlight of the album is one of the softest songs, ‘54543’, an effortless four-minute mood piece that is both emotionally touching and technically thought-provoking. It reminds me of Year of No Light’s ‘Selenite’, one of my all-time favorite songs. The mixing in this one is especially interesting as the various instruments playing seem to come and go from prominence without necessarily changing any notes. There are a lot of little things like that to discover on this record. As part of this review, I’ve probably listened to the album 20 times now, and keep finding new aspects of what the band did that hadn’t been apparent in earlier listens.

The band will be on tour in North America for much of the fall and is planning further tours in 2018. Make sure you see them if they play near you.