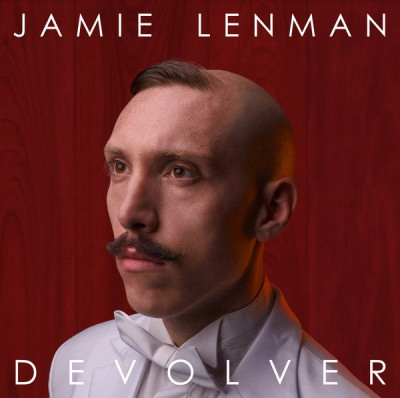 In the over-arching narrative of alternative rock, Jamie Lenman is an everyman. Whilst negotiating the ideological minefield of the Industry, he has constantly tried to walk with his feet planted firmly in the realm of the realist. Grounded by humble, honest songwriting and known primarily for his days spent shaking his grungy locks at the helm of Aldershot’s finest, Rueben, Lenman almost drove himself into the ground in the pursuit of something real; something self-sufficient; something untainted by the vacuous promises of the mainstream. Sadly, Rueben, like so many bands before it, collapsed under the weight of its own ideals. Its members were simply unable to sustain the perpetual forward motion required to ‘go it alone’ and eventually the band announced an indefinite hiatus in 2008. Lenman retreated into the more forgiving arms of his other love: illustration, and this time and space away from the Industry seemed to act as a sort of regrouping, where new songs were forged from the foundations of old, familiar sounds.

Somewhere between the raw, honest simplicity of Rueben’s ear-burrowing Race Car Is Racecar Backwards and the dual personality of 2014’s monolithic solo debut Muscle Memory, lies the elusive formula for Jamie Lenman’s second album under his own name. Devolver, (released on the formidable BSM label) etches a line-of-best-fit across his musical career and draws one simple conclusion: the riff is king.

It is almost impossible to make it through the trundling crescendo-chant of album opener ‘Hardbeat’ or ‘Waterloo Teeth’s’ raucous lollop, or even the sludgy stomp that underpins ‘Mississippi’ without breaking out into an emphatic nod. This is, in part, due to the production talents of Prodigy producer Space, who brings a healthy slab of electronic flavor and tight, glossy production value to the album. Devolver flirts with sing-along sensibilities but it also evokes the guttural intensity of its predecessor’s dark side. In an interview at 2000 Trees Festival in August last year, Lenman professed a desire to make a pronounced leap from the familiar Rueben sound when writing Muscle Memory, and in turn, somehow managed to leap simultaneously in two opposing directions like some kind of musical contortionist. Devolver, however, channels the spirit of Rueben without making Lenman sound like a one-trick-pony. It is comfortable in its own skin and confident in its abilities.

Lyrically, Lenman’s signature introspection remains a cornerstone of the appeal. ‘Mississippi’s’ heart-wrenching second verse captures the painful experience of losing a father to illness: “I can’t let go of how he looked when he got so thin, seemed like I could see through him, I can’t let go of how I felt when I heard that breath, the second that I first saw death” crackling across a malevolent death march of pounding drums and distorted harmonics. This is starkly contrasted by lead single ‘Hell in a Fast Car’ which engages the vacuity of the music industry with a well-worn metaphor of “going to hell in a fast car with the top down”. This tight, satirical jibe sports a stomping grungy riff, set against a stuttering arpeggiator and hand claps – no doubt intending to emulate the aesthetic of the summer pop anthems that the song is critically engaging with. This overt cynicism is again, reflective of the way in which Lenman was burned by the industry; consequently preferring to simmer beneath the surface in relative obscurity, rather than be thrust into the pale limelight of fame and fortune. Similarly, the defiantly funky ‘I Don’t Know Anything’ is a radio-friendly pop ditty with introspective substance that lifts the mood just before the crushing dirge of the brooding ‘Bones’ brings us back down to earth like some kind of intense gravitational pull.

And this is essentially where Devolver meets us; in a familiar place where riffs and melody collide in beautiful, raucous harmony. Lenman tried evolve with Muscle Memory by creating something as disgustingly heavy as it was sensitive and quirky. Light and Dark in stark contrast. But album number two has indeed devolved; he has opted for something more streamlined and concise; something that plays to Lenman’s strengths and showcases his everyman voice as well as his acute knack for crafting a proper tune. Devolver is deceptively catchy without being generic. It sounds slick without being over-produced and it boasts a genuine rawness without getting too angsty about it.

Lenman’s ability to self reflect and push forward, without losing that quintessential element that makes a song fun or engaging, bodes well for his solo career and should satiate long-time fans who are gunning for a Rueben revival. I for one, am looking forward to the next devolution of Jamie Lenman.