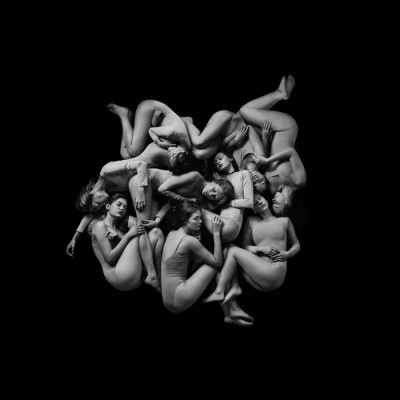 The men with red headlights are back, people!  No, this is not the first line from my script of an extremely low-budget horror film…

Celeste, the French noise-mongers, are back with a new album – Infidèle(s). Their first in nearly four years. With no splits or covers, it’s been a long, excruciating wait for fans of the Lyon based four-piece. Especially so, given the superlative quality and massive leap forward Animale(s) marked, and the ripples it sent throughout the wider scene. Make no mistake though, Celeste have been a special band from their very inception, and before you take a listen to a contender for album of the year, you would do well to discover or reacquaint yourself with their other full lengths Nihiliste(s), Misanthrope(s) and Morte(s) Nee(s), and their excellent début EP Pessimiste(s).

Infidèle(s) marks a return to a more compact running length. Animale(s) was stylistically split across two discs (on both CD and vinyl) and had a running length of nearly seventy minutes. Their 2017 offering clocks in at just short of fifty. While there is cause to mourn less new Celeste material, the sheer scope and quality of all ten tracks on this album more than makes up for that.

How to sum up Infidèle(s) in one word… INTENSITY.

Celeste do not mess around on this one. The album explodes into life with ‘Cette chute brutale’, pummelling an unsuspecting listener with all-consuming rage. The entire album is permeated with this initial bestial brutality. These guys sure are angry about something. Maybe, everything?

Glib jokes aside, Celeste haven’t just found a new gear here, but retrofitted their entire outfit with a few new gearboxes. The pace, the blistering drums, the bombing bass, the frankly disgusting, raging guitar and throat shredding vocals, the luminous production… Everything – every last bit – is turned up to 11. These guys are a weapon of mass destruction in their own right.

Take the follow-up to the previous attack, second track, ‘Comme des amants en reflet’. This will most certainly be a staple of their live set for many years, one would think. Imagine, if you will, that my little horror movie did exist. The four men with red headlights have somebody on the ground. I say somebody, because we cannot tell whether it was man or woman, due to the fact the four men have stamped the body and entire face into what is best described as a goop. It quite literally is, some body. The track rages, whipping the listener with caustic white-hot aggression.

There is no let up on offer during Infidèle(s). ‘Tes amours noirs illusoirs’ races out the gates before they or us can catch a gulp of air. This run of affairs occurs throughout the album. In the past Celeste have also proven themselves masters of dynamics, something often missing in bands that operate in the musical scene the band inhabit. As such, Celeste were already in a rarefied group.  Infidèle(s) is no different.  Yes, the album is their most intense. (It’s hard to write this, believe me, when one reflects on it, given how supremely brutal their past efforts have been.) Infidèle(s) does have some sombre and slower moments, but, unlike previous albums that used these moments as the contrasting light to the dark, these periods on this particular journey, serve only to darken the shadows more. They are drawn out, seething and scolding.  Like a man on a rack, we long for some relief, even if that simply means we’re returned to the punching and whipping.

I’m a huge fan of albums, and although there’s often highlights, my listening habits have altered over the years, whereby I seldom have ‘favourite tracks’ anymore: I just love listening to the entire thing.  It has been a long time, though, that I have listened to an album where the album itself is the highlight. By that I mean, each of the ten tracks is a favourite track. Take fourth (and longest) track ‘Sombres sont tes déboires’ which uses the aforementioned dynamics to wrench the listeners entire body into a bang, not just their poor head. The shortest penultimate song ‘De l’ivresse au dégoût’ speeds by, inflicting Celeste’s audio violence in such sharp, staccato, bludgeoning bursts that one can only flail around, smiling, wondering how one’s eardrums are still viable, yet thankful all the same.

Infidèle(s) is a furious album. Celeste, fed on hardcore, sludge and black metal, and hunting post-metal when let loose, are an important band in a music landscape cluttered with bands blending sounds. They are not a Frankenstein’s monster, stitched together, as so many are, from their influences. They sound, born. And so, as they have matured, so has the output. Their new album will serve as a litmus test of their and others’ quality in the future.  It is certainly the zenith of all that Celeste have worked towards thus far. It is quite literally frightening to think of that they might do next. With Infidèle(s) Celeste have cemented themselves as one of the best heavy bands in the world. Domination awaits.

Punishing…  Absolutely bleak…  As close to perfect as I’ve heard, and that I’m likely to hear, this year. 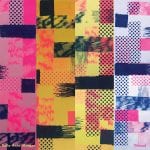