(((O))) Interview: Ūkanose: Out of the Lithuanian Fog 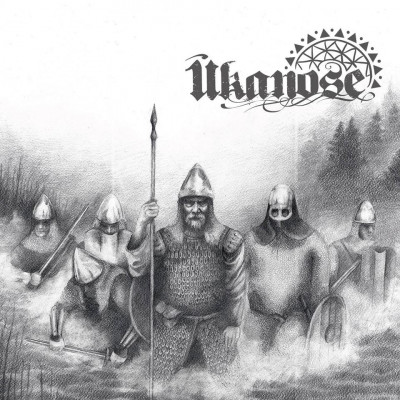 It’s a rainy day in Varniai and we’ve found a dry spot for a chat with Lithuanian folk-metallers ?kanose at Kilkim Žaibu festival (read the review here). The band has been around for a little while and released an absolutely great record with classic sounding songs. We’re sitting down with guitar players Robertas Turauskas and Linas Petrauskas to discuss the band.

The sound of the band is a complex matter. It’s not full on metal, but it also isn’t rock. The songs are almost purely folk though, which all the force and bombast merely supports. It’s as if the band tries to make the songs more vitalic, more powerful, without losing any of their integrity.

The group has six members, who have all been active in some form in the metal scene. They’re currently changing drummer, so half their set at Kilkim Žaibu festival was played by Vilius Garba (who also plays in Sagittarius) instead of Vilius Panavas. It turns out its not the first shift in the bands line-up since 2012.

E&D: Can you tell me a bit about the origin of ?kanose?

Linas: Well, I started the band back then together with our accordion player Tadas (Survila red.). We both had a love for folk music and wanted to do something together. We wanted to be like folk music, but heavier and for that we needed a drummer and so on. So we got a band together a band and played our first show in Trakai back in 2012. Mind, back then we were a very different band, we had a girl on vocals next to the male vocals and the line-up was vastly different.

Robertas: When I joined the band 1,5 years ago, there were seven members. Some of those were dropped, it was simply not working. We also decided to not have any females in the band. No, I’m just kidding about that, but the singer was just not fitting in with the sound we wanted to attain. We wanted to play, as a band, a much heavier sound so some members left at that time. We were simply not on the same line and that showed in the productivity in songwriting. By that time the band had written 5 songs in 4,5 years. In just 1,5 year we wrote 6 songs now and we’re working on more.

At this moment singer Martynas joins.

Martynas: Songs that I actually can sing!

E&D: It seems to me that this addition was very significant for the sound of ?kanose?

Robertas: The thing with Martynas is that he doesn’t play anything, but he listens very well and has a good overview of things. He looks at it as an outsider.

Martynas: You really have to take your time for the songs to come together and keep an eye on the theme and topics. For example, we done a song about viking raids and the Curonians, a tribe from current day Latvia.

Robertas: We have to make the songs relevant to what we want to communicate. We take inspiration from the partisan songs during the soviet occupation, we make resistance metal!

Linas: What we write about comes from the inside.

E&D: What sort of reception did your music get at first?

Robertas: A friend in Poland, named Leopold, said that we sound like an amazing folk punk band. I guess we have a mixture of punk, metal and folk going on. This is also because Tadas is the punkrock guy, so I think that also helps with a unique sound.

Martynas: We want to do a lot of things with our music, it has to be as Linas says something we truly feel like. For example. today I have three events to partake in. Participation is essential to feed the base. You have to be there to make it genuine. But we play only to please ourselves in the end.

Robertas: We participated in a band contest a while ago, where everyone gets to play three songs. For some reason the judge of that contest decided to say we were Nazis. That makes no sense at all. They decided that our music and message was in that spectrum somehow. That sort of crap comes easily if you try to be different. 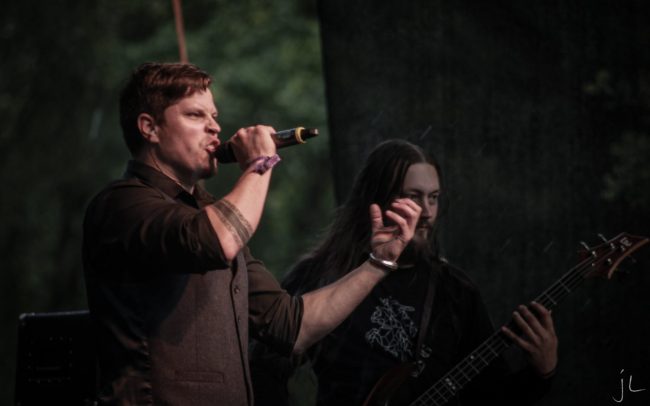 E&D: So how did that work out? That sort of accusation can really be damaging for a band.

Robertas: It happens a lot here. Maybe it’s something political, but there’s a lot of generalisation involved with it. Folk metal would automatically be Nazi, even though these bands, like ourselves, rarely have any political content.

Linas: We shouldn’t care about this, but it ruins our reputation.

Robertas: What we did after that is share that information as a video online and asked people this: “These people think we are Nazis, what do you think?”. No one agreed with the jury…

Martynas: I think these were just very narrow minded people, who have no clue about music. They are only focused on that mechanical music and disrespect attempts at making something genuine. They miss the effort that goes in it, the lyrics and the message of a band.

E&D: Since you guys sound so different, what sort of reception did you get from the metal crowd?

Robertas: There was this German guy who kept writing to us to tell us that Martynas sucks, he made a whole study of why and how he sucked and kept telling us about it. Unfortunately there’s always a bit of a negative response from the metal crowd.

There’s a huge divide between the pop audience and metal crowd I suppose. Metal really resists societies norms, wants to be evil and about Satan and stuff… Though I think it is not as bad in Lithuania.

E&D: So what I’m getting is that you guys are about the past in a sense, but is it to re-invoke or re-imagine the past or to take from there and be in the now?

Robertas: I think we are a modern band, we are a continuation of that past. There’s something to take and learn from that past. You see Martynas and Linas here, they are real. Let me explain, Martynas for example plays three shows today and takes part in the Viking reenactments. Martynas makes things like this leather satchel he is wearing, because he learned how to craft that. Linas is a shieldcrafter and also a reenactor. They are living the things we sing about. Martynas can just live in a forest and be happy there, you know? That makes what they do come from a real place. 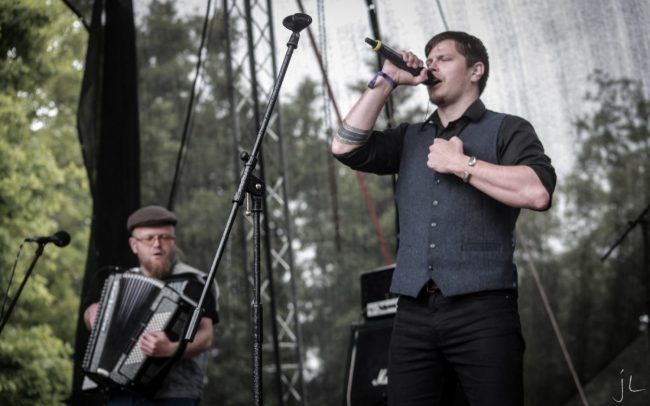 E&D: Are there any bands you look to as an inspiration for the sound of ?kanose?

Linas: When I started shaping this band and its sound, I didn’t want to sound like anyone else really. I wanted to sound like ?kanose. Something that wasn’t around at that time and I think that is what we are now. I guess there is some black metal inspiration in the sound though.

Martynas: I wanted this band to sound like Martynas…

Robertas: I think Skyforger would be an automatic inspiration for us, we even covered one of their songs. To me there’s even something of power metal in the music, which is partly the ideas and context it invokes, like Sabaton does.

E&D: How do you create your songs as a band?

Robertas: We really start with one idea that comes to the table. We get on top of that with the whole band as a team. In a band like ours, you sort of have to. For example, I can’t write the melodies for the accordion. We can help each other add things, change things that don’t work, but we have to work together on that. We make a lot of changes. An then we have to make the songs a lot shorter every time…

E&D: Ok, so let us talk a bit about your album that came out last year, the self-titled release. What can you tell me about it, how was the response?

Robertas: The overall response we got was quite positive. We were quite happy that it finally got released actually. The original line-up of ?kanose couldn’t do all these songs, this one can. Martynas sings all the songs and they are some great songs. Unfortunately the mix was done by someone with a metal background, so the folk is a bit missing when you listen to it.

Robertas: I think the album gives a good picture of what we are about, what we try to express and is a great way of saying to the world ‘here we are’! This is us coming out of the mist, as a band and a message. This is what the word ?kanose actually means; ‘out of the fog’. I also feel it shows artistic integrity, it feels like an honest record to me.

Linas: For me ?kanose has a lot of meaning to it, it is about life and death, being between the sky and the earth, it is the connective tissue that binds all of this together. I think the album captures that.

All money was put into this record and it was released on a Russian label. That was not the best idea I think, we should have done that part different. I have nothing against Russia, but with everything going on it may not be such a good thing.

E&D: I just watched you guys play live. It’s a great experience with a sound, you can’t really compare to other bands. How would you describe your live show?

Martynas: Well, I like to play as offten as possible actually… I want people to feel welcome at our shows. But now I have to go for the next act of the day. (red. Martynas plays later with ?kanose, a folk project and with Lithuanian black metal legends Obtest).

Robertas: I think it’s a very genuine experience. Martynas is a great frontman for us live, he is just very authentic. I never was into this folk metal sound myself, but I think we sound very special. Our music is different, it stays closer to something authentic, but it also has something spiritual to it for me.

Linas: I think we have a bit of a classic rock feel on stage, but it’s also really metal to me.

Robertas: The message is to express yourself, like we need to express this in ?kanose. Don’t let the constraints of society stop you from sharing your message. Just play!

Martynas: But make sure that you have a message!

E&D: If you had to compare ?kanose to a type of food, what would it be and why?

Robertas: Well, that is sort of cheating, but it fits. Mead can be sweet and spicy, but not too shy. We drink mead to Perkunas. We would be a good honey mead of 14,5% alcohol.

Linas: It’s a drink that expresses strong friendship and praise of the bees and honeys, that’s us. 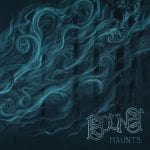 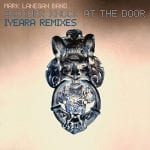 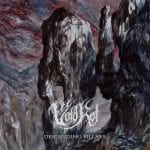