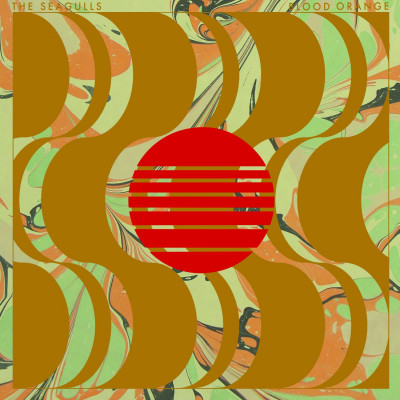 Blood Orange by The Seagulls

The Seagulls are latest jangly pop outfit to take flight on the wind of fresh neo psych soaring out of Leeds. They have recently dropped their second studio album ‘Blood Orange’ which is packed with sixties nostalgia and washed out surf jams with a distinctly British twang. The Seagulls is made up of three brothers, two who play guitar and one keys, as well as two additional members on bass and drums. All musicians contribute vocals to this project with guitarist Dom Richmond leading the flock. After recording and producing ‘Blood Orange’ themselves, the band has hit the road with live shows receiving high praise.

‘Sycamore Circus’ kicks off the album and is an aptly named track, from the word go woos and las spiral down from under symbol claps and hypnotic twangy hooks. As the song progresses lyrics jump in sounding almost Libertines-esque with Richmond announcing “Just show your tickets at the gate” while guitars and drums spur each other on. This fades out towards the end of the song with an abstract fairground organ sample and elephant’s trumpet accompanied by a static buzz drawing the psychedelic trip to a sinister end.

‘Happy’ was the first single released from this record back at the end of 2016 and pushed the band into recording the rest of the album. The song is full of contradictions as lyrics and instrumentation ride a roller coaster of emotions resulting in something catchy and light as well as being unusual and dark, this sets a tone which is continued throughout the album. On tracks such as ‘High Ceilings’ and ‘Dracula’s Dinner Party’ Richmond unleashes hoarse voice cracks and shrieks flashing a brooding sour side which I think holds a lot of potential for future projects. ‘Grape Soda’ is a sickly sweet end to the album with lots of chiming, floaty keys and guitars; it lets you down lightly and puts a crown on the fan dubbed genre tropical rock.

‘Blood Orange’ is yet another hidden psych gem to emerge from Leeds. A side note on the albums artwork, as I think it is a lovely example of a modern take on psychedelic design using a mix of marbling and sharp graphic patterning to show what appears to be a blood orange amongst the waves. Overall band executes some serious well written songs and bringing demos to the final recording harnesses the live rawness which is a clear strength of theirs. I think The Seagulls show some great flare across this project and I look forward to seeing them take further steps to refining their sound on future releases. It’s great to see psych blooming all over the UK.