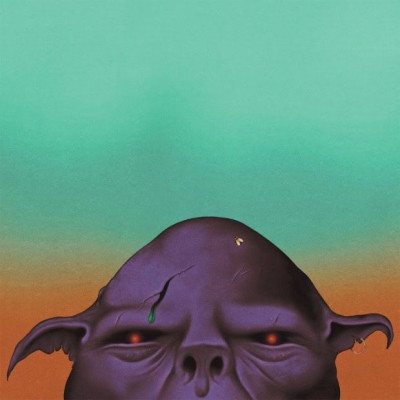 Psych rock giants Oh Sees release Orc marking their nineteenth studio album and seventh name change over twenty years of zany creativity. Lead member John Dwyer assembles his intergalactic crew consisting of bassist Tim Hellman from the last three projects along with two drummers Dan Rincon from the 2016 joint releases and a fresh face in the form of !!! (Chk Chk Chk) drummer Paul Quattrone. The new assemblage refuses to disappoint and keeps their sound ever fresh. It was evident from my first listen that this album needed my upmost attention as I struggled to break it down initially. Despite this, after getting my ears deeper into the record I was pleasantly satisfied as Oh Sees continue to show their colours when it comes to prolific output and wild experimentation within garage rock.

The band dropped two brutally energetic singles from the album in the form of ‘Static God’ and ‘Animated Violence’. ‘Static God’ kicks off the album in a typical Oh Sees style with a shocking start, erecting a dense reverberating wall of intricately twined instrumentation which is pierced by Dwyer’s whirring unearthly shrieks. The singles are broken up on the track listing by the tight guitar playing on ‘Nite Expo’ accompanied by a synth and piano which beep away furiously as if trying to make contact with some unearthly entity. ‘Animated Violence’ shows a darker more gruesome appreciation of even heavier metal influenced sounds on the record with Dwyer mustering a fearsome vocal passage and the band putting down some big heavy distorted garage riffs.

‘Keys to the Castle’ glides over a hazy eight minutes stirring some violin into the cauldron to further deepen the spell cast forward over the album. The song has some nice experimental folk and Asian sounding influences on it and strongly evokes the feeling of a stoner’s fanaticised medieval adventures. This is followed up by ‘Jettisoned’ which shines through as a finessed jam, Dwyer’s vocals whisper and purr “Who likes sugar in their coffin, the underground is twice as nice” sounding like a riddle not too far out of place in a dark fairy tale.

‘Cadaver Dog’ throws down some more gruff vocals coupled with short, distorted, over powering howls. Dwyer then proceeds to spin a web of static synth buzz that surrounds from all sides on ‘Paranoise’. ‘Cooling Tower’ is an equally funk infused jam and both of these songs highlight Dwyer’s interest and strengths in electronic music. ‘Drowned Beast’ struggles with storytelling by contrasting dangerous guitar passages with serene flooded vocals which sludge forward with intentional malice. ‘Raw Optics’ brings this project to a close allowing for some jazzy grooves and a nice drum solo towards the latter half of the song to wrap the album up.

It’s nice to see Ty Segall involved on the production of this record which could be another step closer to the previously hinted possibility of Dwyer and Segall forming a band. It’s also interesting to note the lack of Chris Woodhouse who is a long time contributor to Oh Sees sound. The artwork on the record is by Robert Beatty and is an incredibly encapsulating piece using an alternative psychedelic colour palette and styles reminiscent of old pinball aesthetics catapulted onto a fantastical terrain.

Oh Sees have already announced their twentieth project, Memory of a Cut Off Head which will mark Dwyer’s record label’s one-hundredth release and the twenty year anniversary of Oh Sees for which they will revert to their original band name of OCS and collaborate with the previous keys and vocalist member seen on ‘Keys to the Castle’, Brigid Dawson. Overall I can’t fault Orc, from the relentless drumming to the tight considered experimentation, this album oozes creativity. I just don’t think it is possible for Dwyer and the band to put out a defect project. 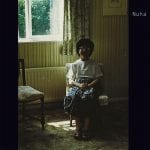