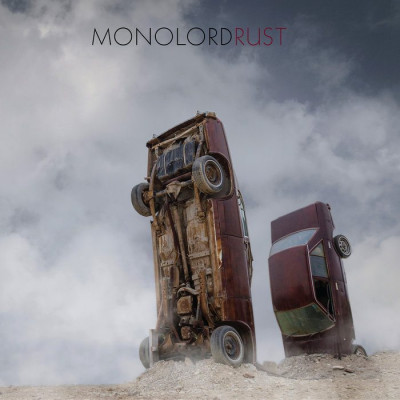 I suspected this was coming from Monolord, after their first two albums hinted at greatness. They have gone and produced what could be the Platonic Form of doom. If you are familiar with classical philosophy (and doom), this will be all the knowledge you require to realise you need – yes, need – to purchase this album from the coffee-swilling trio from Sweden. If you aren’t au fait with Plato and his fellow ancient Greeks, read on.

Plato had this theory that the only perfect reality was one ideal, or Form, which was entirely objective. There were many people’s perceptions of objects and theories, argued Plato (or his protagonist Socrates did at least), but the aim for philosophical folk was to try to get as close as they could to a Form of something: a quintessential “thing”. This turned out to be impossible except in theory, as the idea of perfection or one Form of anything quickly disintegrates with the subjective view of every person who perceives it.

Because this album is doom perfection. A Platonic Form, a universal truth, a quintessential example, a bloody great record… whatever you want to call it.

From the first ‘thud, thud, thud, thud’, which introduces the sublime, neck-wrecking riff of ‘Where Death Meets The Sea’ to the plaintive solo over the acoustic guitar which ushers us out of the closer ‘At Niceae’ there is not a microsecond of flab or indulgence. What there is, however, is a truckload of riffs, the odd quiet moment and some melody to make you swoon.

As regards to the previous paragraph, you read right when you saw the word ‘acoustic’. A bit of Monolord unplugged is but one new facet of the band that we are introduced to on this album.

Those sorts of flourishes are peppered throughout the album, like the cow bell on ‘Where Death Meets The Sea’, or the guttural ‘Yeoagh!’ growl towards the end of the same song. Then there is the glacial yet groovy ‘Dear Lucifer’, which plumbs new sonic depths (in a good way), or the violin which brings added melancholy to the cascading guitar-boulders of ‘Wormland’. Or the spooky church-organ style keyboard intro to the title track, which scarcely prepares us for the frankly jaw-dropping riff which ensues. Nor does it give us a clue that the song will later feature a soaring guitar solo.

But what really makes this album essential is the fact that Monolord play like they mean it. Every drum is beaten by Esben Willems like a Dickensian bastard. Every growling bass note from Mika Häkki is played as if the hefty instrument is being thrown about with no regard for surrounding life forms (if you’ve seen Monolord live, you’ll know that this isn’t far from the truth). Every guitar riff is strummed with gusto – and scant worry over bleeding fingers. Every lyric is sung with watery melody and utter conviction. And, as you can hear from the ‘Yeaaah!’ which precedes the chorus in ‘Forgotten Lands’, guitarist/singer Thomas Jäger’s vocals – which cover topics from marine mythology to religious violence – are sung as if they are telling us about the most important things in the world. And above all else, it sounds as if they are having the best fun doing it. A case in point occurs in the second half of ‘Forgotten Lands’, which opens out into an extended psychedelic groove, with some rare clean bass.

Where Monolord really show their stuff is on the closing track, which has enough ideas and sheer riffery for a whole record in itself. It begins with a guitar plucking a solipsistic riff, which is joined by the wall-shaking bass, to plunge the tune into more familiar Monolord territory. What follows is some bludgeoning music and harrowing lyrics which presumably are about a meeting of religious honchos in AD325, which descended into bloodshed. The subject matter and music are a great combination – archetypal doom, if you like. Around halfway into the song, everything suddenly stops except the guitar, which repeats a genuinely catchy vamp, played in a time signature which is difficult to work out. It is then joined by the rest of the band, producing what may be the largest riff ever played. Then comes a surprise: as the monster riff fades out, an acoustic guitar fades in, playing something you may hear around a campfire at 3am. (Incidentally, there are few lonelier sounds than an aggressively strummed acoustic guitar. If you don’t believe me, listen to GG Allin’s cover of Warren Zevon’s ‘Carmelita’.) Jäger comes back to sing us into a troubled sleep, in an extremely spooky ending to the album.

But that said, it is a perfect ending to a faultless display of doom.