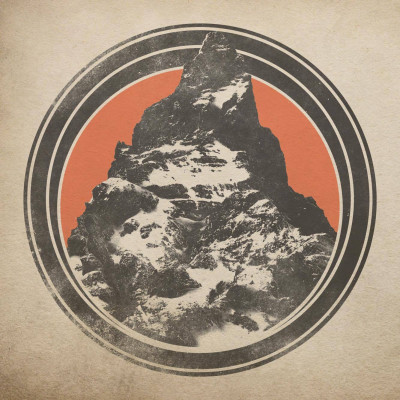 The Ascensionist by RANGES

RANGES are an instrumental post-rock band hailing from Bozeman, Montana. The five-piece stay true to the foundation of post-rock and create heartfelt songs without using words, to tell a story. The music in itself could be a best-selling novel; the listener just needs to think of their own great story while listening to these beautifully crafted instrumentals. The Ascensionist is RANGES third full-length, which comes out on September 22nd and pre-orders begin September 1st.

The Ascensionist keeps the thematic elements there just like their previous releases, and this is just one of the many beautiful things about RANGES. However, the album is a giant leap for RANGES. Their sound is more developed and overall more mature sounding than anything that they have released before. While they stay true to their traditional roots, this is a major change that results in more crescendos, soundscapes, and layers upon layers of instrumentation that build new sonic territories of sound. This is where RANGES truly and authentically define their sound. This album doesn’t follow the rule-book on what post-rock should sound like, instead it contains nine truly beautiful pieces of art that go above and beyond genres.

On the opening track ‘The Wanderer’, field-recordings of wind are the first sounds to come into play, followed by a delicate and heartfelt guitar piece that leads right into track two ‘Seven Sisters’, which is when all of the instruments come in together at full-force. At about the 1:40 mark, ‘Seven Sisters’ slows down and moves into an electronic, beat-oriented section until close to the 3:00 minute mark when the instruments begin building back up again smoothly and getting progressively louder, but still remaining to keep that sonic intensity smooth until the end of the track.

The title track, ‘The Ascensionist’, brings in some very atmospheric keys and synths combined with effects added to them, giving off an almost swirling, underwater sound. Track four, ‘Called Not To A New Religion, But To Life’, begins with beats and glitch elements. Tracks five and six, ‘The Greater Lights’ and ‘The Lesser Lights’, sound as their names suggest. ‘The Greater Lights’ is brighter and ‘The Lesser Lights’ is darker. However, these two tracks are both as moving.

Track seven, ‘Seven Veils’, is one of my favorites on the album because of the guitar tapping technique and the effects added, which makes for a very pleasant sound to my ears. Track eight, ‘In The Arms Of Kings And Gods’, is very bass heavy and builds up into an absolutely beautiful crescendo. The final track, ‘Babylon The Great’, is another one of my favorites on the album. It begins with a brief synth and suddenly bursts into guitars, bass, and drums, adding a wall of sound feel to it, which lasts until around the 3:00 minute mark, and this is where possibly one of the greatest moments on the record happens. Around this time is when the synths and keys come in with very unique effects, and you can also hear the field-recorded wind layered in with these effects, then at close to the 5:00 mark is where the guitars, bass, and drums come back in with an even more explosive wall of sound and eventually concluding the album the same way it began, with sampled wind.

RANGES will be performing at Dunk!USA 2017, which will be at Higher Ground in Burlington, VT October 7-8th (dunkfestival.be). “The Ascensionist” will be released through athousandarms.com and dunkrecords.com on double colored vinyl. You will also be able to purchase “The Ascensionist” at Dunk!USA if you plan on attending, which you should since it is such a rare opportunity when a Belgium festival brings it to America for the first time ever. You really should plan on attending since you’ll get to see a fantastic line-up and especially since you’ll be able to watch RANGES fill your ears with sonic brilliance, or referring back to King Midas, sonic gold.