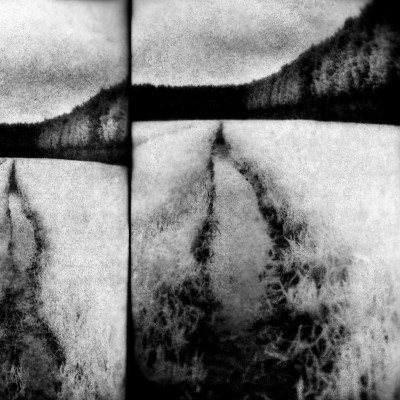 the cut by tenebrous LIAR

I have to confess to “getting around” to listening to tenebrous LIAR for some time. This is despite an interest-poking viewing of them supporting the Soulsavers back in 2007, where they played a portion of the set with their backs to the audience, followed by a whole bunch of noise when they turned around to face us. It was certainly one of those experiences that had an effect on me, as one of the things that I carried away from that show was the notion that I really should sit down and listen to this band’s stuff. And now, a mere decade later, I’m finally getting around to doing just that.

There’s much from the cut that reminds me of that night. The first two and a half tracks are an exercise in building tension: ‘the cut’ opening with calm yet harsh ambience to set the scene, followed by a sparse and concrete-bluesy ‘stop believing’ unnerve the listener before ‘alienation’ ramps up the noise and finally turns to face us  with a wall of noise, although it also has to be said that the vocals throughout the cut never raise higher than an understated, clearly-delivered calmness.

tenebrous LIAR’s music sits well with main man, Steve Gullick’s photography (which also graces this release), allowing the sounds to be felt as well as heard. There’s a slightly distorted unreality to what goes on that makes experiencing this record both beautiful and uncomfortable, depending on however you want to take it in, adding brighter colours or removing shade altogether to create the spaces for these songs to take shape and take flight.

This is all done very organically, as there is little in the way of embellishment going on; everything that takes place on the record is going on in a room somewhere. Sometimes, it’s up in your face as in the glorious mudride of ‘this ground’, bending around inside your head thanks to the hypnotic and elastic ‘john’, or lonely and distant thanks to the two piano pieces of ‘words’ and ‘forever’, the latter being a closer which suddenly snaps the box shut and suddenly leaved the listener outside alone again to work out what just happened.

Given the many bands and artists that I remember seeing Gullick’s name appear on the image credits over the years, it’s not surprising to hear that all those shows and shoots find a place in tenebrous LIAR’s own sound, lyrics and general outlook, albeit without any one influence gaining dominance. It’s a well-learned and well-balanced sound that doesn’t easily lend itself to any all-encompassing description thanks to an ever-changing gearshift from song to song (or indeed train thought to thought, as the sudden shift from the decadent ‘lowland’ to ‘john’ illustrates).

tenebrous LIAR takes this album out onto the road in the winter, supporting the Mark Lanegan Band. Wherever they appear, and wherever they happen to be facing, they are definitely worth your time. Now, if you don’t mind, I have ten years of catching up to do…