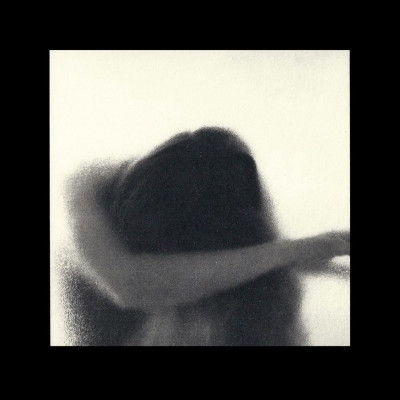 “Glacier is made up of 5 guys who like playing loud, sad songs together”. This is the description the band has on their Bandcamp page and couldn’t be more fitting. They’re from Boston, MA and have been around since 2013. Since then they have released Concave, Kirtland and Black Beacon, 3 EPs of either 1 or 2 songs each and each song with somewhere in between 10 and 20 minutes. They clearly like long songs.

Though Your Sins Be As Scarlet, They Shall Be White As Snow; Though They Be Red Like Crimson, They Shall Be As Wool is a long album title and so are the songs themselves, clocking in at 12 and 15 minutes. In comparison with their previous efforts, the mood is darker, heavier and the pace is slower.

5 minutes in and I drawn in, totally wrapped in its arms. No escape. It felt harsh and punishing but at the same time comforting. As I feel like I’m slowly taken away to somewhere distant by the crushing guitars of the droney intro, I find myself thinking that Glacier is such an appropriate name of the band. A persistent body of sound moving on their own weight. The music embodies their name.

The first movement, Though Your Sins Be As Scarlet, They Shall Be White As Snow, took me to hell and back and to hell again. Such a beauty of a trip. The imagery elicited is lifelike. It feels unrelenting and evil, miserable and hopeless, and it doesn’t allow you to let go. The end of the track gives us some breathing time to contemplate our surroundings. Appreciate and embrace it before being dragged back into darkness. It’s not over yet.

As the second movement, Though They Be Red Like Crimson, They Shall Be As Wool, starts, I feel surrounded by an uncomfortable quietude. Suddenly I’m being thrown around by this menacing mammoth of a riff, shifting from emotion to emotion, effortlessly. Sadness, desperation, hope, pain and then sadness again come through so clearly in form of heavy riffs, punchy and intricate drums and bass and that quasi-Black Metal passage. Such a beast of a track, so loud.

In the end there was no light. No happy ending. Darkness prevailed and I accept this outcome. It’s not a happy or hopeful album. It’s not that album you will put on to lift your mood but it is what you will put on if you want to feel something intense. Feelings perfectly translated into music.

I’m sure this is the release Glacier have been wanting to put out since the beginning of their career. They had presented some interesting ideas in the past but this there is a solid clear vision of what they want to do and how they want to do it. The musicianship has matured and the crescendos and other Post Rock clichés are gone. They have now embraced their more Post Metal side seem so comfortable with it. All their efforts were put into this and the final result is one of the best instrumental albums of 2017.