(((O))) Review: BLAK – Between Darkness and Light & Track premier – In the Absence of Light – Eigengrau 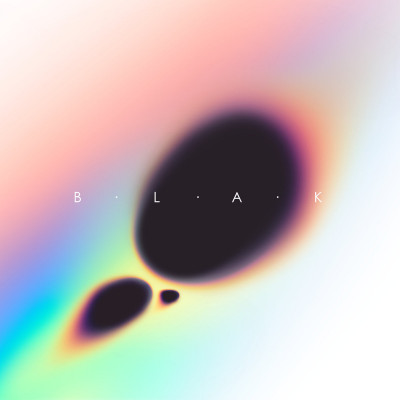 Between Darkness and Light by BLAK

One song. Vostok. One magic moment. That’s all it took. After creating this breathtaking song for Miquel Casales’ movie Vostok, BLAK (from Roda de Ter in Catalonia) was signed to be part of the Elusive Sound dream team – alongside Glasir, Show Me a Dinosaur, Au Revoir, Trna, Silent Whale Becomes a Dream – and immediately began working hard on their debut album.

They are an extremely talented power trio and their blend of Post-Rock is quite special. It’s classical influenced, cinematic and still quite heavy when the music needs it to be. Feelings and images of darkness, beauty, and hope surrounded by darkness and light.

The album title, Between Darkness and Light, and the astonishing cover help us connect to images of colors and light. From the very first moments, it
sounds familiar. Not in the sense that I’ve heard the same exact thing before but familiar in the sense of comforting, warm and home-like. The connection is immediate and so is how imaginative the music makes you feel. There are no lyrics. The music is totally instrumental but while looking at the song titles, I immediately started building an abstract (and somewhat weird) story in my head with beautiful imagery of colors and absence of them.

Each song tells me a small part of the story. From imagining how it would be like to live in a world with no light and no colors (‘In the Absence of Light – Eigengrau’), to thinking about what colors do we see when we close our eyes, to trying to imagine what total darkness is like. What color would be death? Or what colors do we see when we’re asleep? (‘Impression of an Even Deeper Darkness – Illusion’); Feelings of nostalgia and longing (‘Temples Drawn by the Blind – Revelation’) and dwelling on desperate sadness and turning it into hope (‘Black Drips in the Sky – Overwhelming’) and finishing with a total catharsis in an explosion of colors (‘Color’s Awake – Perception’). In the end, we realize how happy we are to live in a world full of color and hope. At least that’s what I got from it.

The soundtrack to these images is so vivid, bright and inspired/inspiring. There are beautiful guitars (guitar picking), crescendos that can remind you of bands like Mono and Silent Whale Becomes the Dream and also the occasional heavy intense riffs; the drums are intricate but never go beyond what the music really needs to express its true and raw emotion. The textures and layers of sound containing not only so much delicacy, peace but also elaborate and patient build ups.

Between Darkness and Light is such a dramatic and captivating album. There are so many images and emotions contained in so these five songs, such intensity tightly packed into them. Mature songwriting, carefully pieced together with so much love. Their passion and dedication are invaluable. I still find it hard to believe this is a debut album. This is music with a purpose and the purpose is to offer a very rewarding listen. Undoubtedly it will figure among the best newcomers of the year and at the top of the best album lists.