(((O))) Live: Rise Against and Milk Teeth – The Garage, Highbury 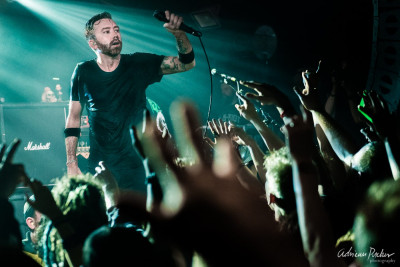 Rise Against at The Garage, Highbury

Rumours abound of the demise of punk.  Certainly, to traverse the labyrinthine market of Camden, British punk’s spiritual home, you might see more hipsters than punks. And yet, just a short walk down the road, a small American four-piece stood up in Highbury’s The Garage and killed these rumours stone dead. Hailing from Chicago, Illinois, Rise Against are a furiously left-wing outfit, having made their name with songs like ‘Prayer of the Refugee’, ‘Re-Education (Through Labour)’ and ‘Make It Stop (September’s Children)’, and a searing melodic-hardcore punk sound.

Success breeds success, and their shows hitherto have been in increasingly bigger venues, most notably in Brixton’s O2 Academy, where they have shared the stage with other political acts like Billy Bragg and Tom Morello: The Nightwatchman. Keen to revisit the more intimate venues in which they cut their teeth, they came to Highbury’s The Garage on Friday 2nd June to help promote the launch of their new album, Wolves, released Friday 9th June. 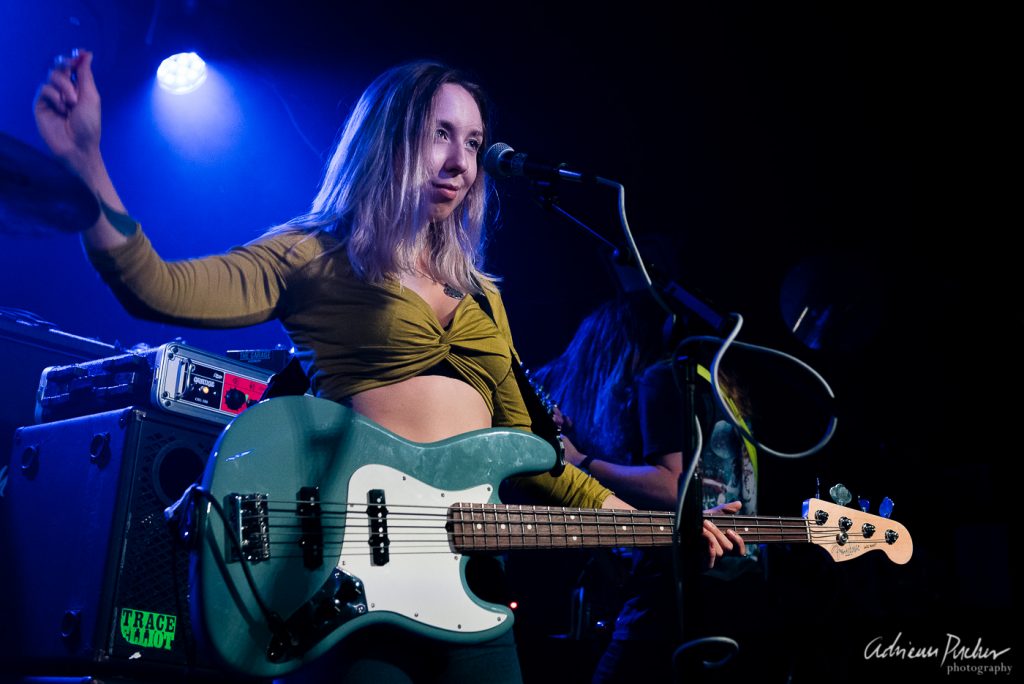 Kicking off proceedings was Bristol-based punk act Milk Teeth. Clearly talented, with a galloping bassline courtesy of front-woman Becky Blomfield, an exciting melodic punk sound, an impressively tight chemistry, and a passionate zest for what they do that makes watching them live an absolute treat. If they could, as it were, mature into ‘Adult Teeth’, they will be big players in helping revive the UK punk scene. This is not to denigrate them, but the drummer gurning at the audience and the more ‘millennial’ song-names like ‘Owning Your Okayness’ indicate an immaturity that may need to be toned down before they become a serious proposition. That said, they were great fun to watch, and definitely ones to keep an eye on in the future.

For all that Milk Teeth will have gained quite a few new fans from supporting Rise Against, there is no doubt as to who it was that the audience was there for. Eschewing the usual opening song ‘Chamber the Cartridge’, they launched straight into a blistering set with ‘Give It All’ and ‘Black Masks & Gasoline’ taken from the Long Forgotten Songs collection of their more overlooked songs and their second album Revolutions Per Minute respectively. This set the intent for the concert: a best-of retrospective in the kind of venue they grew up playing, in turn laying the path for the next album and thereby the future of the band. Even their debut album The Unraveling was represented, with a searing rendition of ‘Everchanging’ following an unexpected cover of ‘Fortunate Son’ by Creedence Clearwater Revival. 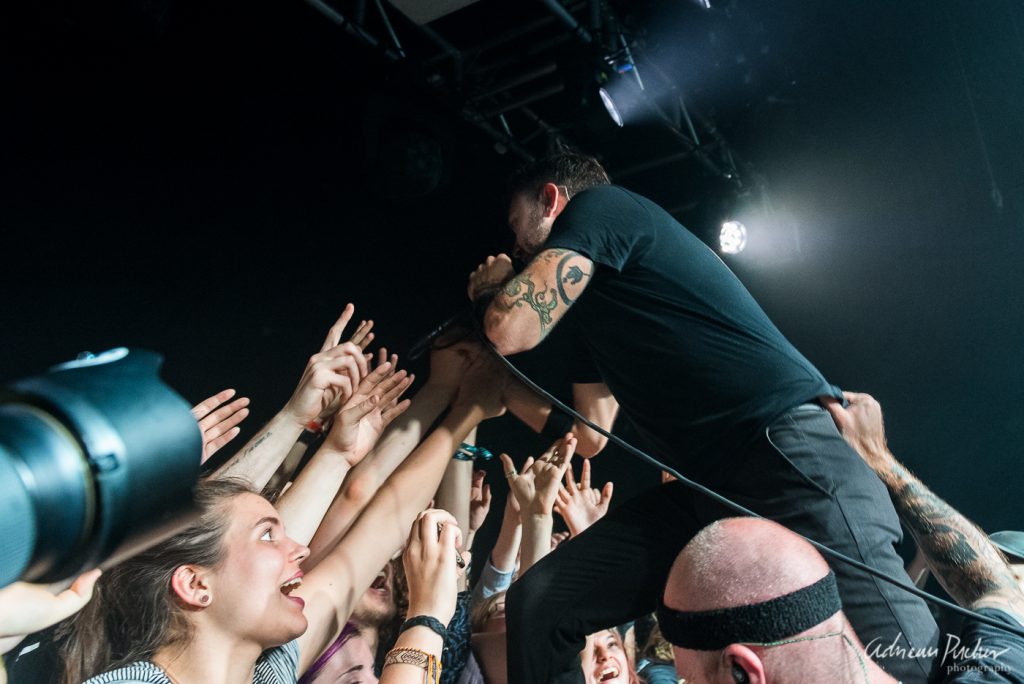 Of particular note was an impassioned back-to-back trio of what are perhaps their best three songs: ‘Satellite’, ‘Architects’, and ‘Re-Education (Through Labour)’. This was immediately followed by the three lead singles from Wolves. Although they have only been out for a few weeks, it was frankly inspiring to see the audience sing along to every word to ‘The Violence’, ‘House On Fire’ and ‘Welcome to the Breakdown’. This was a gig for the die-hard fans, and they put on almost as good a show as the band themselves, throwing everything into singing along.

Most inspiring of all, and just a little heart-breaking, was an impromptu tribute to the recently-deceased Chris Cornell in the form of a beautiful rendition of ‘Swing Life Away’, the band’s most emotive acoustic number. The acoustic interlude, which closed the pre-encore part of the gig, was arguably the show’s crowning moment. Never one to shy away from the raw emotions that music can evoke, vocalist Tim McIlrath was on top form with ‘People Live Here’, ‘Hero Of War’, and ‘Swing Life Away’. The encore itself, ‘Savior’, was merely the cherry on top of a powerfully emotive set that showed just how powerful good music can be. 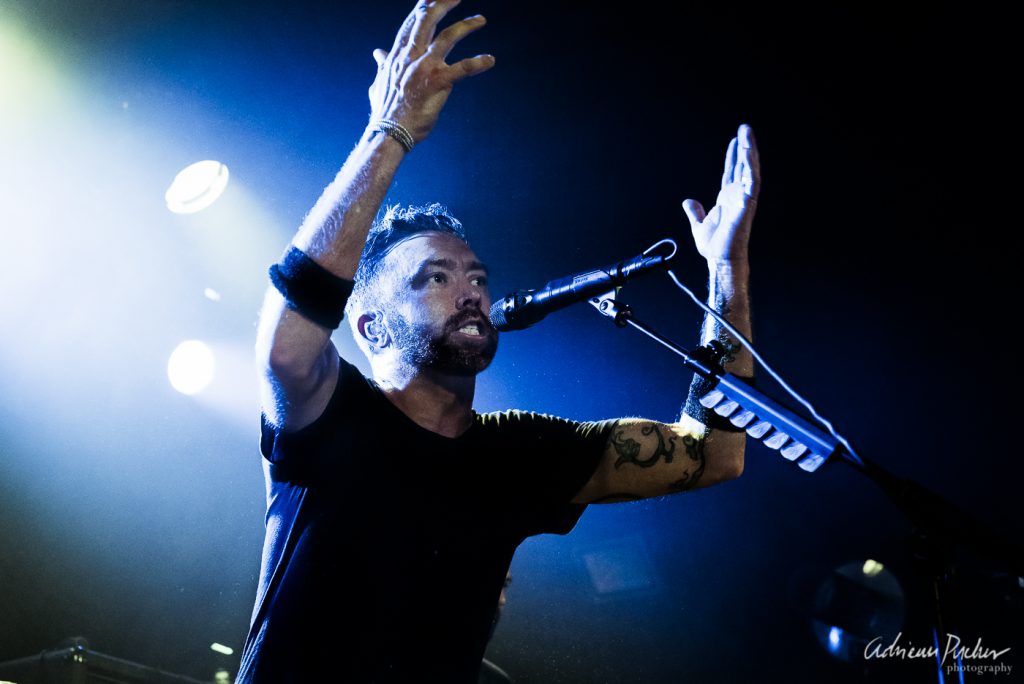 A glorious tribute to the band’s career so far, with an exciting preview of the album to come, the intimate Highbury show deserves to go down as a serious jewel in the band’s already-glittering crown. Not only did they capture the ferocity and intimacy of a good punk gig, but they managed to evoke powerful emotional responses from a crowd of die-hard fans. It might be time to start circulating rumours that punk has come back to life.