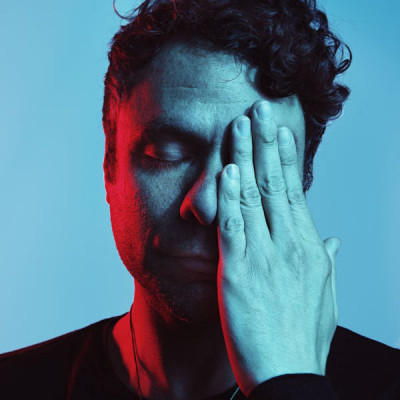 The second installment of the Movements in Modular series at Williamsburg’s National Sawdust brings back another adventurous electronic expedition, improving on its first edition. As before, organizer and synth enthusiast Abe Seiferth kicks things off, starting with evolving, floating atmospherics. His set decays into clattering effects that give rise to a semblance of a beat, and soon wandering synth lines emerge. Soft arpeggiations are the name of the game, lending an air of accessibility to the spiderwebs of gear. His sounds are warm and inviting, a contemporary Jean-Michel Jarre by way of Alessandro Cortini.

I recently spoke with modular pioneer Suzanne Ciani to discuss her approach to electronic music. To her, the word “synthesizer” is almost derogatory, associated with recreating sounds that are naturally made with other instruments. Instead, she stressed that we should recognize the modular’s inherent assets. Aside from their radical customizability and often silky timbres, modulars have the ability to completely transform sound, allowing them greater freedom than classical instruments.

This perspective gives Movements in Modular its proper context. Seiferth continues his set exploring swampy, processed sounds that morph, obscure, and clarify themselves. He dips into minimal techno roots, but those flitting lead lines maintain the variety, keeping the audience guessing as to what’s arriving next.

At the conclusion of Seiferth’s set, Brooklyn producer Certain Creatures (Oliver Chapoy) takes the stage, jumping into his set just moments later. It is striking for the event to forego switching equipment, brightening house lights and filling the dead air with a musical interlude, but this maintains the evening’s momentum. A welcome attribute to the programming since we’re all eager for more after the first set, I’m surprised it’s not integrated into more shows, electronic or not.

If Seiferth’s set presents a mélange of electronic possibilities, Certain Creatures showcases his particular aesthetic, which is tinged with dark, industrial edges firmly in line with his releases. Chapoy opens with a gamble: utilizing white noise as a timbre as opposed to a wall of sound. This is no easy task. Under his control the noise becomes a percussive element, an undulating and crucial bedrock to the beat. He digs in deeper during his journey, holding a particular groove as he makes subtle tweaks to the sound. This is not to say that the entire set relies on beats, but it is not a destructive barrage either. Instead, the set progresses toward a tribal electronic sound that still retains ambient overtones.

If there is one element that could be omitted, it would have to be the glacial, high-pitched pad that persists for several minutes, muddying up an otherwise clear section. Still, once it is alleviated, ears readjust and the groove sets back in with yet another noisey beat and a thick bass drone as counterpoint. Chapoy concludes his set with a nod to early Autechre complete with destructed percussion and synth lines.

It takes a lot to get the experimentally-leaning crowd dancing at National Sawdust, and tonight, it’s not going to happen. But what the show does accomplish is to encourage a more meditative listening state, the musicians acting as guides. During the sets, people are utterly silent; no one visits the restrooms; no one goes to buy a drink. The performances have our full attention, and the improvisational approaches are all the more exciting as the musicians experiment through their technology. For those witnessing these instruments for the first time, tonight may go down as the moment of conversion for their electronic music listening future.