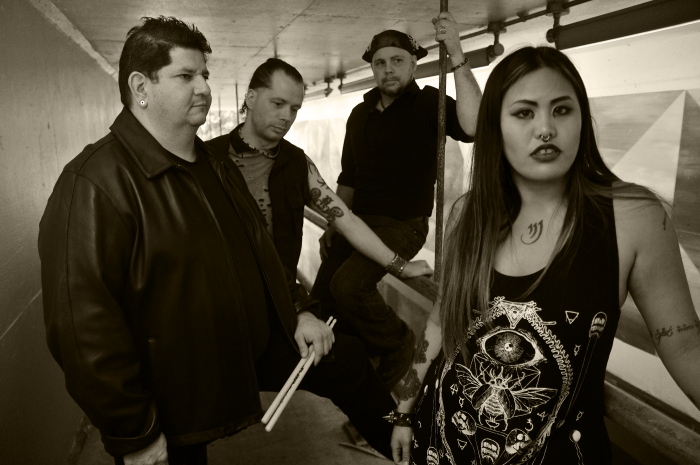 On July 21st 2017, Auditory Armory will release their sophomore album Dark Matter. The album’s blend of metal, alternative and progressive music is highly recommended for fans of Tool and Soundgarden.

Auditory Armory is not your average band. The influences of the band range from alternative to metal to progressive to jazz and beyond. The lyrical scope of Auditory Armory’s songs skims past the superficial love song or pop hit. Auditory Armory is doing what so little in the music industry are actually doing — writing honestly. Auditory Armory expertly uses the symbiosis of heavy rock and melody to introspectively explore dark emotions about self-worth and one’s role in the universe.

Vocalist, guitarist and songwriter April Montallana says, “I prefer to be honest with my lyrics. I don’t care about what is popular or mainstream. I just hope that our music will move and touch some people. Music saved my life…I want to do that for others.”

Listen to the title track here: