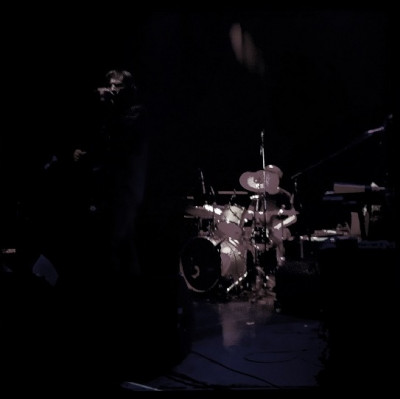 With Gargoyle already bedding in nicely with choice tracks getting widespread airplay, very positive reviews and tours both as a headliner and with Guns ‘n’ Roses underway, now’s a good a time as any to be celebrating Mark Lanegan stepping out of the shadows. It’s strange to think that someone who has had a hand (plus a vocal cord or two) in some absolutely cracking music since the mid-1980s over a variety of genres with a host of bands and friends to be met with a resounding “who?” by much of the music-buying populace, but this time spent under many a radar has been wisely spent exploring and expanding his own craft, creating a body of work – whether as bandmember, solo artist or collaborator – that is impossible to pigeonhole.

Of course this list is incorrect.  The following guide will probably do more to confuse new listeners and annoy longstanding fans alike, and I’ve finished, changed, scrapped and restarted a favourite ten songs from vaguely across a ridiculously large and rich board that it’s now a favourite thirteen instead and I’m not changing it again, unless that cover of ‘Have Not Been the Same’ he did with All Systems Go appears somewhere in full and in the next twenty minutes or so.  What follows is a personal “sort-of favourites and some other stuff outside the usual gaze” list which started out with the best of intentions and a chronological order, but which very soon went awry.  Hope you enjoy it anyway.

While most people will probably point at the Screaming Trees’ latter output as their finest moments, but I’ll always have a soft spot for their psych beginnings, particularly Invisible Lantern where the band really came into their own, and this song was where it sounds as though Lanegan found somewhere to truly begin.  Dark, psychedelic gospel-infused blues with lyrics that talk of imperfection and redemption, this is an utterly essential moment and something which seems to have coloured almost everything he has done so far to date.

A genuine curio here, where Mark lends his vocals to a musical children’s book and steps into the titular shoes of Sandra Boynton’s ursine character.  Following from Bubblegum, starting off a song with “Well I’m a Big Old Bear” might seem a little strange, but this Johnny Cash vocal approximation is a firm fan favourite and one of his warmest performances (with a terrible pun at the end). He returns to Boynton’s colourful world a few years later with the equally charming ‘Frog Trouble’ from the book/album of the same name, ‘Sneakers’ however just shades it here thanks to a marvellous closing pun.

It’s strange to think that this one’s ten years old already.  Skipping past the more popular country feedback of this coming together’s ‘Revival’, ‘The Ghosts of You and Me’ sets the tone for the Soulsavers’ two albums to date with Lanegan – continuing a motif of literary (whether pulp or poetry), cinematic or other (‘Arizona Bay’ for example being the title of a Bill Hicks sketch) theme when it comes to song titling, and adding a much more organic tone to their previous electronic endeavours.  This particular song marries new and old together effortlessly, dropping dustbowl Americana on top of a thumping beat.  It seemed like quite the departure for Mark at the time; hindsight shows it to be a whole new path opening up.

The Stations (The Gutter Twins: from Saturnalia, 2008)

The Gutter Twins project was perhaps an inevitable coming-together of Lanegan and fellow ‘90s improbable survivor Greg Dulli, and was something that was avidly discussed and anticipated throughout its gestation to fruition, and beyond through Saturnalia’s extensive tour. A song that has since been covered by fellow survivor Marianne Faithfull, the Twins’ only full album to date opens with a track that remains as powerful and mysterious as ever, and the hope remains that recent reunions are a pointer towards more endeavours from these two in the future.

Once described by Queens of the Stone Age’s Troy van Leuwen as being something akin to a shovel, Lanegan’s own guitar playing comes to the fore on this song which has always been a recorded favourite and, in recent years, a live one also. Raw and isolated, Wild Flowers is a bleakly romantic song that continues to take me back to another time, and long may it continue to do so.

Carnival (Mark Lanegan: from Whiskey For The Holy Ghost, 1994)

One of Mark’s more upbeat tracks, Carnival’s lyrical flights of fancy is carried on top of a bright riff accompanied by double-bass accompaniment reminiscent of Nick drake and Danny Thompson at their most symbiotic. As with much of his early solo output, there is a druggy undercurrent (as opposed to the tide that swept across Bubblegum) which adds to the Wonderland feel of this undoubted high songwriting watermark.

Mark has worked with Martina twice before, and this third time out on a XX cover backed by Warpaint pretty much cemented this other persona lurking through the past few years, one that has continued to quietly below his own current post-punk explorations. Blending and blurring genres so that distinctions don’t really matter anymore, this indie trip-hop affair is both dark and danceable.

A short piece recorded circa 2011, which makes it the most recent entry on this excellent Light in the Attic anthology, ‘No Contestar’ initially feels like a throwaway thought, and at a mere 75 seconds, it’s also a thought that doesn’t last long. Contained within this brief reflection though are some of Mark’s most unguarded (“Now I can see I may have lived too long close to the bone”) and desolate (“When there’s no knock upon the door, you’ll know it’s me”) lyrics, matched with a measured voice, its impact is truly something else.  Possibly my favourite song of his.

Almost 20 years later, Lanegan revisited Above for three songs; ‘Locomotive’, ‘Black Book of Fear’ and ‘Slip Away’ as a final recorded farewell. And they’re all beautiful songs, but they’re all so hard to listen to. This particular song shows that Mark can use his voice as a sympathetic harmony to Layne Staley’s lead rather than being his usual centre stage, although it’s also true that this song fits in completely with the Screaming Trees’ then-sound. As with much of this “rehab supergroup”’s output, it’s a mostly laid back affair punctuated with a noisy chorus that showcases just what can happen when friends get together to make music.

Bubblegum’s track listing was a somewhat chaotic affair, which seems somewhat apt. Preceded by the iconoclastic Here Comes That Weird Chill, the album is stylistically unpredictable from track to track, something which Lanegan seems to have enjoyed so much that this seems to be de rigueur for his work ever since. Seemingly dropped off at the last minute along with the nightmarish closer ‘Blood (Crackers and Honey)’, ‘Josephine’ is a very odd rocker that seems to form a very frightening bridge between Field Songs’ ‘No Easy Action’  and the record it was ultimately dropped from. With prominent backing vocals from Queens of the Stone Age’s Josh Homme, it was perhaps not odd enough for …Weird Chill and Bubblegum was already a bit on the full side so it remained in Limbo, with only a cheeky leak to the internet (with track number intact: Number 9) to save it from being forgotten entirely.

As with Bubblegum’s antecedent Here Comes That Weird Chill, Phantom Radio’s stylistic paradigm shift was announced with this EP, and this track. Blues Funeral had pushed the envelope already as far as electronic experimentation was concerned, but this was akin to that album’s Joy Division spirit reinvented as New Order hedonism; the thumping beat that begins 28 seconds in and that doesn’t stop until the song is over sounding utterly bizarre and alien for a Mark Lanegan track yet which feels completely normal the second time around is a skill that Mark has become rather adept at over the years.

Sorry, did I say “thirteen” and “I’m not changing it again”? No I didn’t, and you’ll never be able to prove it. Erm. Anyway, it’d be impossible not to finish without mention of this incredible broken lullaby rendition of one of the Cure’s most sweetly-poppy moments, thanks to that voice sprinkled generously yet thoughtfully over Fiona Brice’s delightful string arrangement. An absolute treat for the ears and senses.