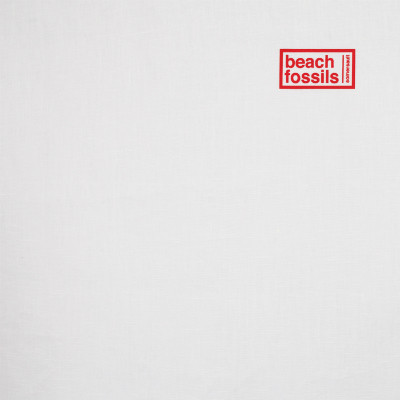 Brooklyn indie pop group Beach Fossils is not a group I’ve watched closely in the past, but this new recording, their first for band leader Dustin Payseur’s Bayonet imprint, changes all that. The group invested ample time on this release, expanding their range both musically and lyrically. It’s a true collaboration between Payseur and bandmates Jack Doyle Smith and Tommy Davidson.

The deceptively breezy, sunshine pop of the first single, ‘This Year’ opens the record. With the added strings, the song transforms into lovely orchestral pop. The song deals with mistakes you’ve made and trying to improve your lot in life. The song ‘Tangerine’ reminds me of vintage West Coast pop and features Slowdive’s Rachel Goswell joining Payseur on vocals. It has an almost jazzy feel at its start, which shifts to a more straightforward pop structure.

‘Saint Ivy’ is another fine baroque pop tune, complete with jaunty flute. Piano comes in after that along with guitar, and takes a turn toward Beatlesque pop. Very nice! ‘May 1st’ has a calm, pastoral feel that emanates through, and tasteful guitar lines only heighten my enjoyment. Sweet stuff indeed! ‘Rise’ features spoken words from rapper Cities Aviv, and it does nothing for me.

‘Sugar’ is more like it, and while it’s no real departure from the other songs, it’s equally fine. It has a psychedelic sheen to it which I find appealing, and the strings add weight and texture that really elevates this to something special. ‘Closer Everywhere’ seems motivated by the likes of The Zombies or Left Banke, and that is perfectly fine with me. It’s friendly, warm, and inoffensive, and sometimes that is all a listener needs to brighten a gloomy day.

‘Social Jetlag’ is dreamy and has a cute piano line that descends, along with beautiful trumpet. It’s lush, widescreen pop and one of the best songs here. ‘Be Nothing’ is pleasant yet somehow darker than the other songs. There is a wistfulness that pervades throughout, and just when you’ve got it figured out, the energy ramps up and explodes into a minor pop masterpiece.

‘That’s All For Now’ has sweet harmonies and while it won’t change your life, it might just make your day. In short, this is a really fine recording from these New York musicians and is worth your time.