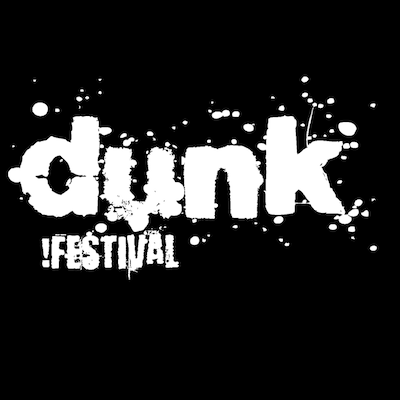 It’s that time of year again, when a small hoard of bearded men in checked shirts and women who never quite fully left their goth phases, some traveling from overseas, prepare to descend on some unheard of village in East Flanders for a tiny, far off the beaten path festival. Dunk! is back for its thirteenth year with one of its most incredible line-ups yet, with a mix of some of the most famous and respected bands in the industry performing side by side with a collection of the world’s most promising up and coming post-rock bands across two stages outfitted with sound and lights that belie Dunk’s small size.
This year is also particularly exciting, because two of the headliners aren’t post-rock at all, but rather the bands whose influence can be found on almost everyone else there. Post-rock would arguably look very different today without Swans’ ground-breaking 1996 album, Soundtracks For The Blind, whose direct impact on Godspeed You! Black Emperor would help define the genre. Earth can make a fairly definitive claim to the first drone-metal album, Earth 2, which laid out a new definition of “heavy” that so many post-metal bands would try to live up to.  This is not only another year of the Dunk! crew showcasing the most exciting acts in post-rock and experimental music, but also a year of heritage, with two headliners whose musical legacies run in the blood of Dunk! today. For me, as a fan whose life has been shaped by post-rock in so many ways, having these key parts of music history play among so many of the best and most exciting bands in a scene they laid the foundations for over two decades ago is indescribably special. 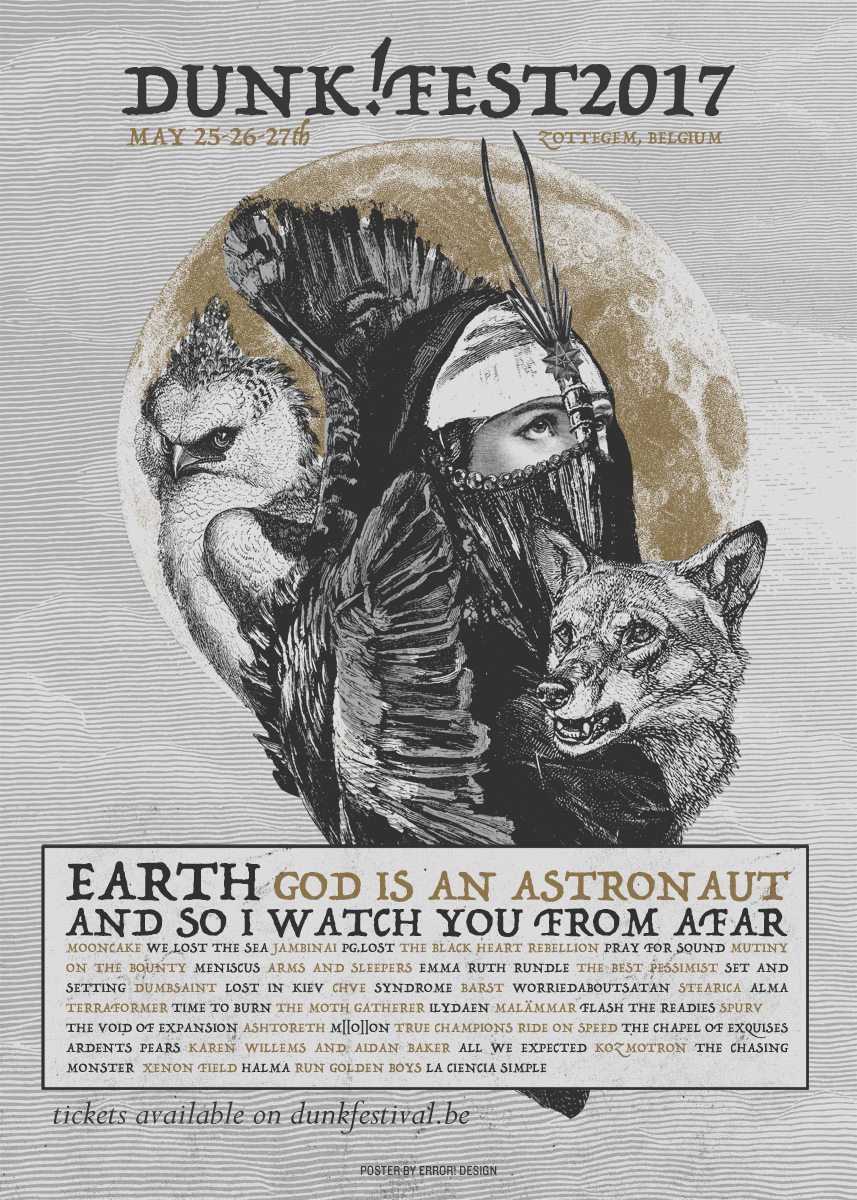 I think, though, what makes Dunk! so incredibly special is the intimacy. Its small size and layout mean there’s not a lot of distinction between the bands and the fans, who can always be found having meals and smoking joints in the woods together. There’s no barrier to entry at Dunk; it really is one of the most welcoming places on the planet. I’ve made so many friends there, including the people who would lead me to write for Echoes & Dust, with whom I’ve covered so many incredible gigs.

As if that weren’t enough, you can pick up some of the legendary Dunk Fries, which are served up all day and absolutely worth queuing for, and explore the ever changing menu of freshly prepared food that will even make vegetarians and vegans feel well cared for. Make sure to show up early for lunch on day 3 so you don’t miss the paellas! On top of that, there’s all the free coffee you can drink to keep you upright after you’ve had a few too many of those strong, cheap and delicious Belgian beers. There’s even showers and proper toilets to keep you from turning into the sort of abomination you normally see prowling the grounds of a three day festival.

If you want to make a trip out of it, Dunk! have recently opened a dunk!store, their own bricks and mortar record shop in Ghent, stocking a selection of records from their own label as well as many affiliated artists, including the very limited run of Russian Circles Live at Dunk! 2016. So pop over to Ghent and shop away!

Here’s just a handful of the incredible bands we can expect to see:

Thursday:
Terraformer (BE)
Post-metal festival favourites, Terraformer are back again for what will undoubtedly be a heavy show. I’m sure no festival-regular could have forgotten their incredible set in the woods in 2014.

Worriedaboutsatan (GB)
Ambient post-techno duo worriedaboutsatan will be a refreshing break on Thusday from the onslaught of guitar driven bands, as they drop a blanket of warm, beautiful electronica. 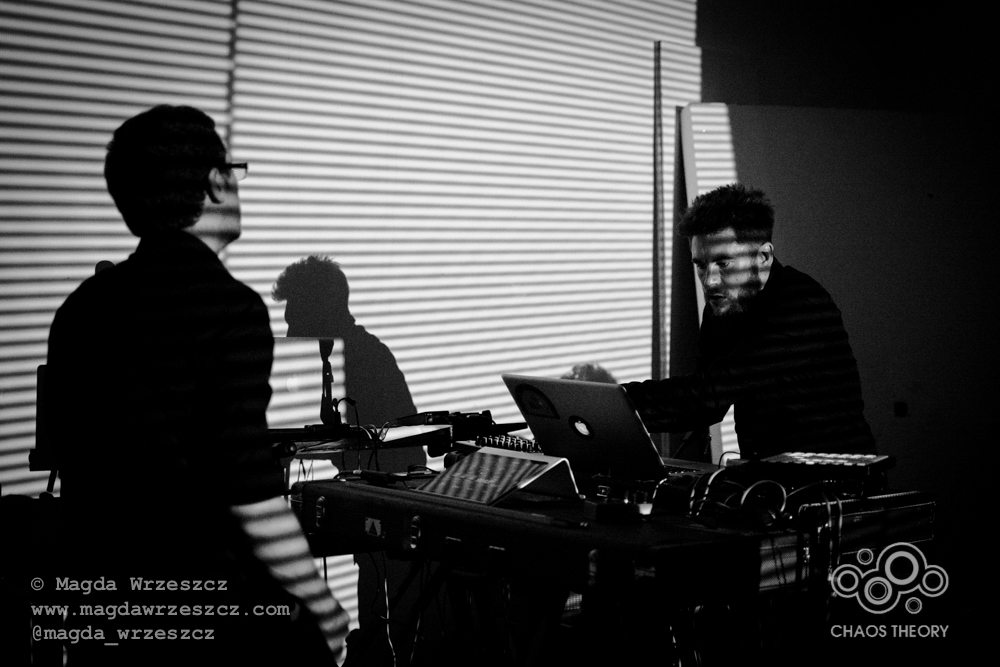 Emma Ruth Rundle (US)
I nearly pissed myself when Dunk HQ announced Emma Ruth Rundle, one of my favourite musicians ever, with a career spanning from early solo work as The Nocterns through post-rock titans Red Sparowes and my absolute favourite band, Marriages. On her first headline solo tour in Europe, and her first tour with a full band, Emma Ruth Rundle is sure to be a highlight. 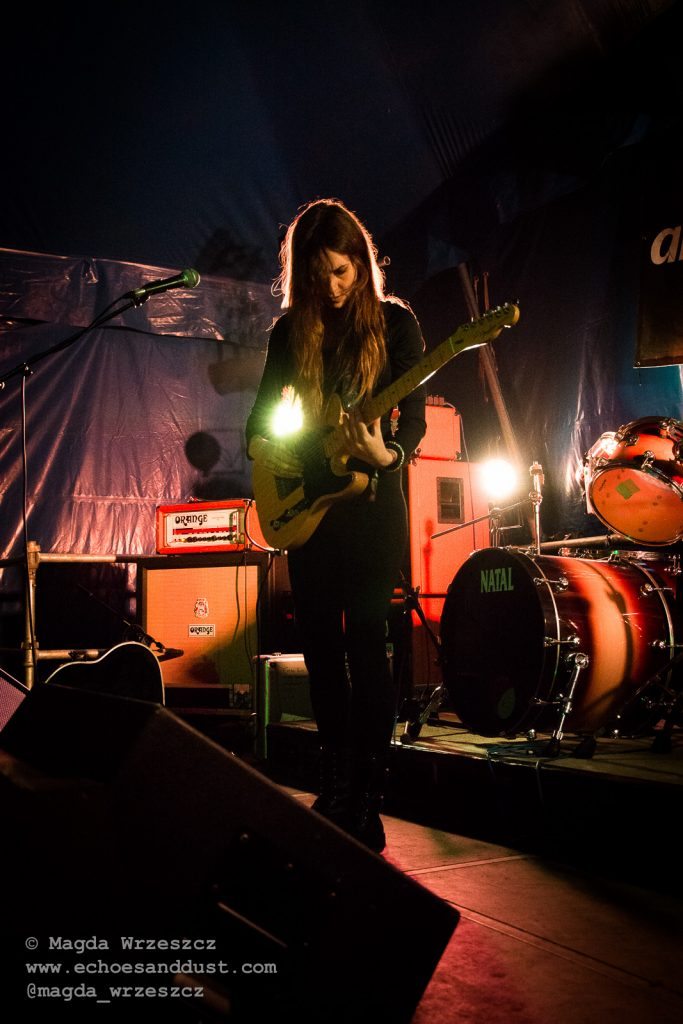 pg.lost (SE)
Never a band for too much touring, it’s always exciting when pg.lost make an appearance and they always manage to stand out with their innovatively composed and masterfully crafted post-rock. 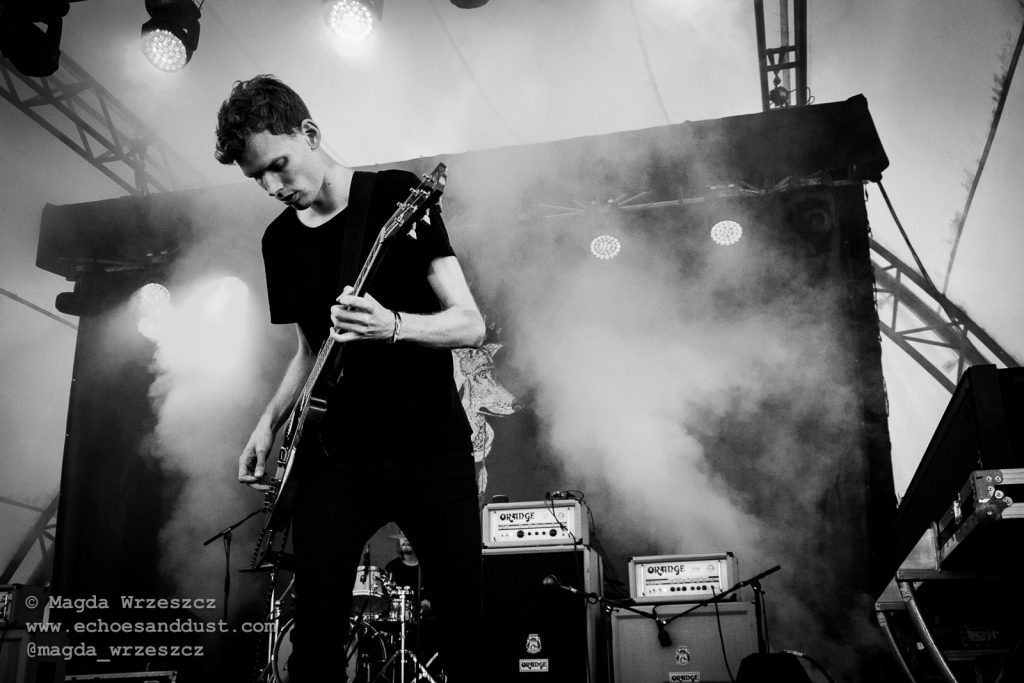 Swans (US)
A band that need no introduction, with a fearsome reputation going back to the early 80s. Swans are a giant whose shoulders so many of the other bands here stand on, and a live experience whose power and sonic violence is matched by few others. 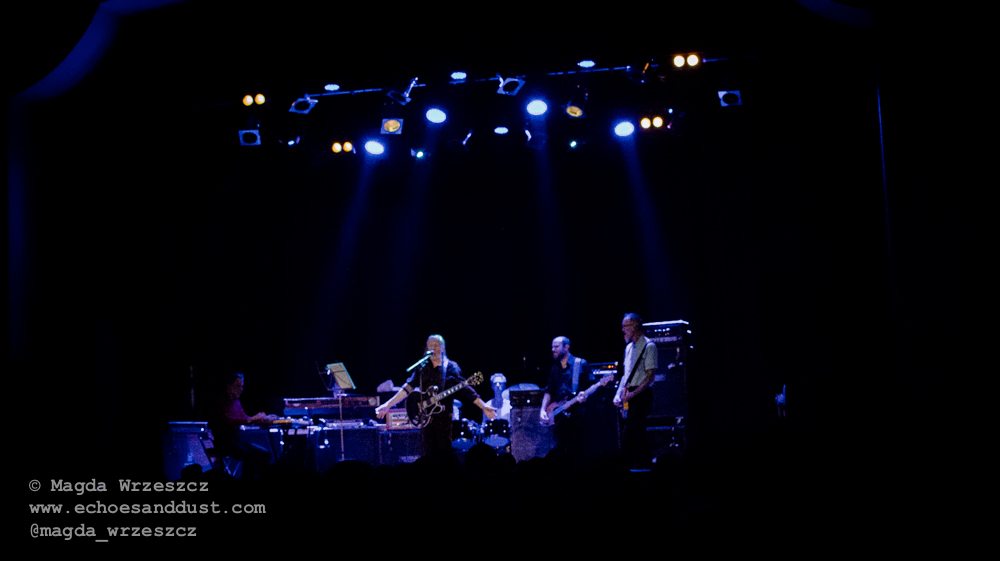 Friday:
ALMA (GB)
Pete Lambrou of Monsters Build Mean Robots and Ciaran Morahan of Codes in The Clouds are another band who’ll stand out: Pete’s beautiful, soft voice and the band’s gentle guitar work will be in sharp contrast to most of the other bands here, but I suspect a lot of people will walk away from Dunk with an ALMA CD in hand. They’re also very nice to their mums.

We Lost The Sea (AU)
Shooting to fame on the critical success of their emotionally devastating tribute to their former frontman, Departure Songs, We Lost The Sea are sure to put on a moving set. These guys have been on my list of bands-to-see for a while and I’m thrilled they’ve been booked for Dunk. 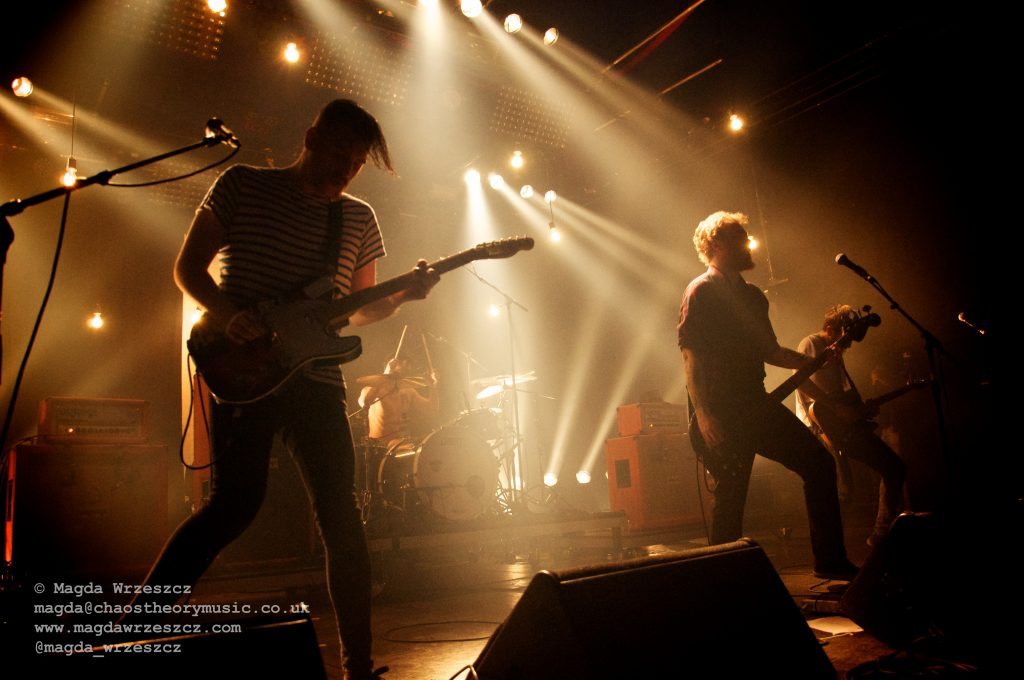 Earth (US)
Another veteran band whose influence cannot be overstated, drone doom pioneers Earth will close out Friday with their colossal dirge.

Saturday:
Halma (DE)
Veteran instrumental post-prog rockers Halma will be a treat for all the Grails-esque psychedelia fans out there. Don’t expect Halma to play the “who has the loudest crescendo” game with the other post-rock bands; they’re about something much subtler.

CHVE (NL)
Amenra frontman Colin H. Van Eeckhout bewitched audiences last year with his hypnotic fire-side Hurdy Gurdy set and I’m so excited for him to be bringing his dark medieval drones back to Dunk festival. 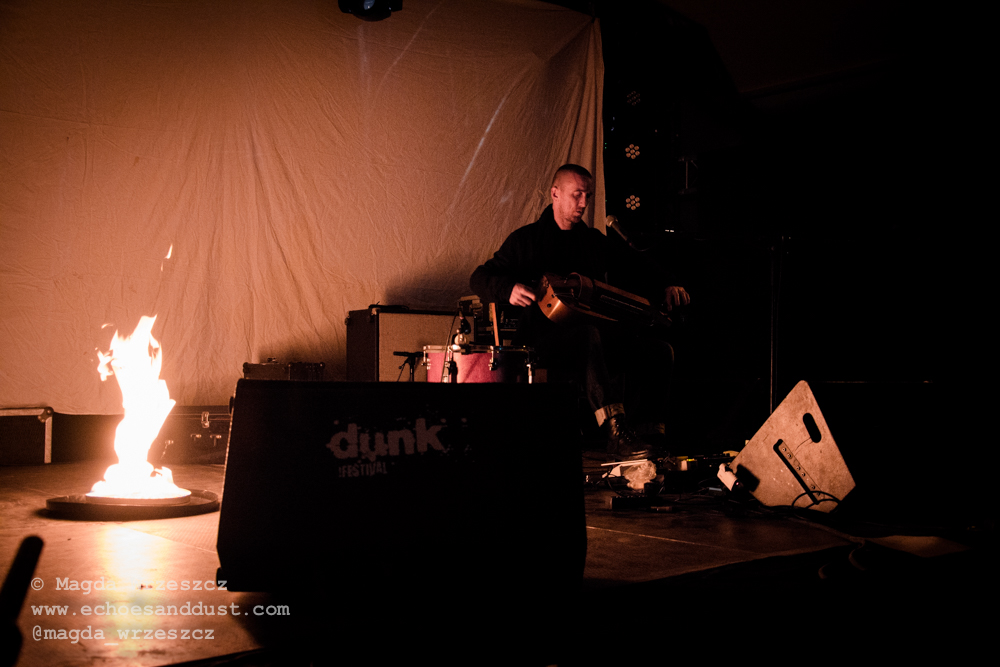 Arms and Sleepers (US)
This instrumental hip hop duo might seem like an odd pick for a post-rock festival, but I know from experience that people have come to Dunk specifically for Arms and Sleepers. While the hip hop beats and samples sound out of place on paper, they actually fit right in with the vibe of the whole festival. 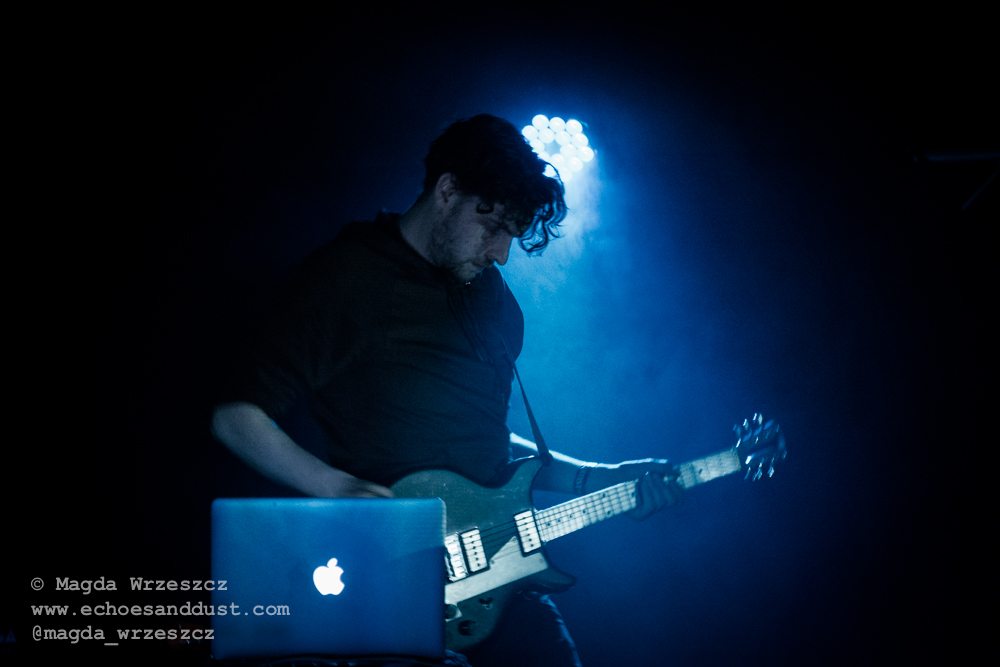 Mooncake (RU)
Mooncake are one of the bands you see reliably pop up on social media when people are posting their Dunk wishlists. Pure post-rock done with absolute mastery. Mooncake might not be the biggest band on this line-up, but the die-hard post-rock fans who know them couldn’t be more excited.

God is An Astronaut (IE)
No strangers to the Dunk stage, and I’m sure festival regulars haven’t forgotten the transcendent and outrageously energetic set they put on just a few years ago. 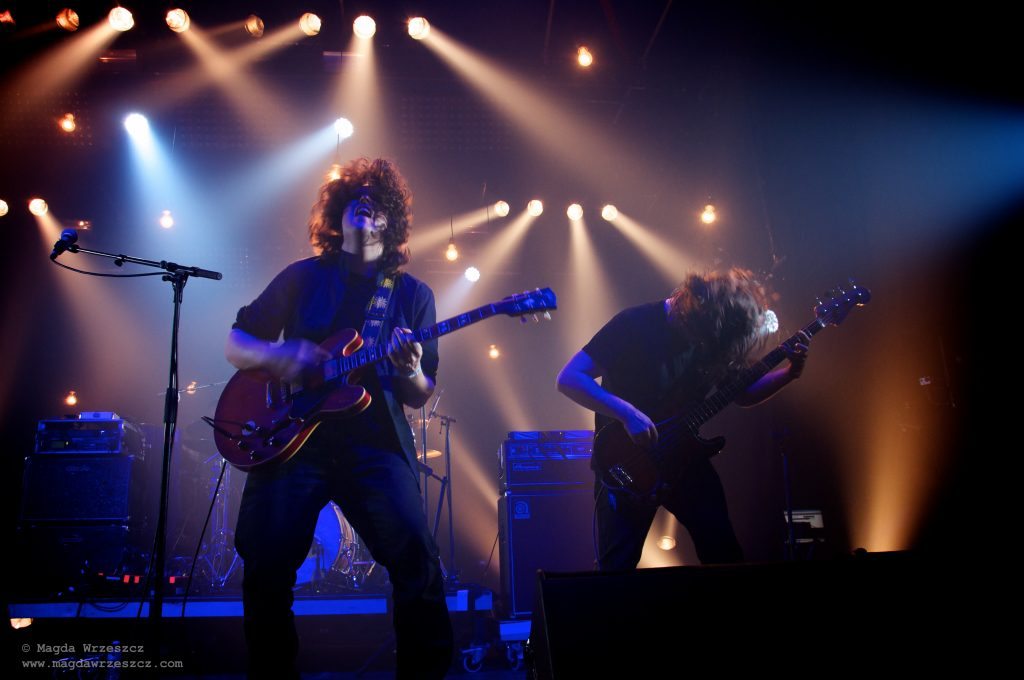