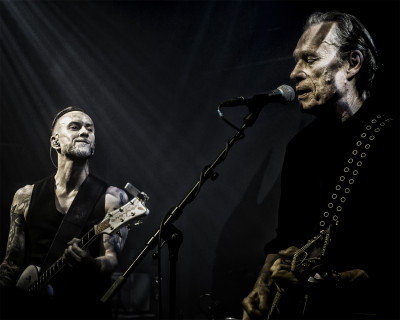 Me and That Man at The Jazz Cafe, Camden

It’s Sunday night and, for one evening only, Camden’s cathedral of jazz has stolen the souls of several hundred regulars from the neighbouring Underworld and transformed itself into a club-class chapel of darkness. That would seem to be the intention, at least, but it quickly transpires that nothing about this unusual event is quite how it appears on first impression.

We’re here to take a communion, of sorts, with death-metal demon, Nergal, but in his made-flesh form of Adam Darski, and celebrate his album Songs of Love and Death, a side project with Anglo-Polish bluesman John Porter. Together, they are Me and That Man. At least, I think they are, because the shadowy figures taking the stage through a fog, to the ominous accompaniment of the harmonica theme from Once Upon a Time in the West, might just as easily be the Spaghetti Western Orchestra. There’s a young drummer, conceivably the stable boy who runs errands for Clint; a bass player who’s most definitely a bartender in the Town with No Name, and Darski and Porter themselves: the former, a fascinating confusion of Van Cleef and Volante (black, wide-brimmed hat but dazzling white guitar), the latter all in black, with an uncanny resemblance to Willem Dafoe channelling Klaus Kinski.

Nergal, even when extracted from his Behemoth character, knows how to make an entrance, and is quick to welcome us to his black church – a somewhat ironic description given the fine diners in the gallery above, though I suppose you might cast them as ascendants looking down on the hell-bound metal groundlings below.

And this, of course, is a cue to launch into ‘My Black Church’, the first of eight songs of love and death in the set, which proves to be rooted even more in Americana, country and blues than I’d been led to expect. Thematically, the songwriting is clearly influenced by the three Cs (Cash, Cohen and Cave) and while it bears comparison with all of them there is, unfortunately, no comparison vocally; as laudable as it for Nergal to explore the dark caverns of the soul in this medium, the harsh truth is that he doesn’t have the singing ability to plumb those depths.

The voice reminds you of Cash, alright, but of the frail Cash of the later years, with an inherent instability that places the sound somewhere between Clint and Lee Marvin in Paint Your Wagon, but not really one or the other. Interestingly, such limitations are exacerbated rather than mitigated by overuse of reverb, and this is borne out by how much better he sounds stripped back in the unplugged ‘Of Sirens, Vampires and Lovers’.

Now, it would be very easy to end my review here and leave a completely misleading impression, but that would be unfair and irresponsible. For, truly, nothing about this performance, or the album, is quite as it seems; and the evening turns out to be hugely enjoyable, and something of a triumph, for several reasons.

Firstly, Darski brings a passion and integrity to every song in the set that is infectious. This is no pastiche. He may have ridden into someone else’s genre, but it’s one that clearly in his roots, and he handles the horse with confidence. And for all his vocal limitations, there’s an honest solemnity to his standout moment, ‘Cross My Heart and Hope to Die’, that’s really rather moving.

And secondly, there’s John Porter, whose stature grows and grows as the evening wears in and proves himself to be the powerhouse of this power quartet in blues-rock numbers like ‘On the Road’ and ‘Get Outta this Place’. In fact, it soon becomes clear that this is as much Porter’s evening (and album) as it is Darski’s, if not more so.

And that shouldn’t be the surprise that it is: known only as a solid bluesman over here, Porter is something of a legend in Poland. Ask any Pole in their late twenties or early thirties (and there is a significant number in the crowd) about him, and they are aglow with praise for the albums he made with former partner, Anita Lipnicka, and their place in the Polish rock hall of fame. It’s Porter who drives the band, and it seems very likely that it was Porter who, when asked who was writing the album, glanced at Darski and responded, with his tongue in his cheek, “Me, and that man”. Nothing about the evening, or the album, is quite as it seems.

But their ultimate strength is in the delicious combination of both their talents. They make a charismatic bourbon cocktail: Nergal becoming more of a pussycat with each number, while Porter keeps up that killer stare and a stage persona that convinces you he keeps a long-handled shovel in the boot of his car, if not an actual Winchester. Together, they corral the audience so effectively that even a crazy cover of ‘Psycho Killers’, which they appropriately murder with an unsubtlety that would shame a wedding band, proves perfect for a crowd gagging for a raucous singalong. And there’s more audience participation to come, with an encore of Porter’s signature, ‘Refill’, demonstrating that he has fans aplenty amongst a congregation hungry for more, long after the house lights come up.

And so endeth a pretty decent church service from a wayward priest and a nomadic preacher man. We may not have tasted the communion wine, but we’ve smelt some pretty good whiskey, and joined in the choruses of a spread of catchy hymns.

But Father, I hear you ask, what is the deeper meaning and purpose to all this? Have we finally got to the heart of Poland’s biggest rock star, and one of extreme metal’s most significant influencers? Has the mystery finally been revealed to us?

Well, no, I don’t think so. But instead, Songs of Love and Death offers us a snapshot of where Adam Darski is now; and the conclusion is that having faced death across the cancer poker table and won, he’s in a pretty good place.

He’s hugely confident and clearly enjoying performing, but there’s also a real sense of a man who feels he’s not as black as he’s corpse-painted. The black Bolero and the dazzling white Gretsch suggest someone who’s known both the light and the darkness and who, like so many of us, has a foot in each camp. He may have made Satanica, but there’s more than a hint in Songs of Love and Death that Nergal is trying to make just a little peace with his god – even if in reality that means nothing more than leaving the occasional voicemail…

But my abiding memory of tonight is Darski’s sheer generosity of spirit. Often criticised for his arrogance, Nergal shows a  selflessness in playing wingman for a friend, who deserves to be as well-known in his native country as he is in his adopted one, that is wholly admirable. And while Porter may jokingly refer to him as, “the biggest Polish bastard you’ll ever meet!” there’s not a hint of it in this convivial evening where really nothing is quite as I expected.

Nergal won’t thank me for it, he may even spit blood in my eye, but when it comes to Me and That Man, Adam Darski is firmly on the side of the angels. 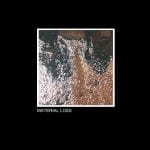 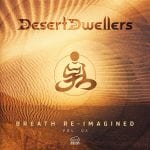