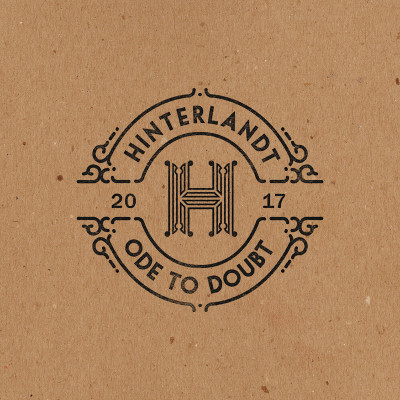 Released on the Art As Catharsis label back in January, Ode to Doubt is the latest release for Jochen Gutsch’s extraordinary string quartet. Released almost a year after 2016’s Ensemble, we find the band expanded to a sextet with added vocalists, the absolutely super Nicola Smede and (Art As Catharsis label-mate) Brian Campeau.

Ode to Doubt is – without a doubt – a step up from Ensemble. Gutsch has moved Hinterlandt away from the long chamber pieces that marked that album and we find instead seven shorter, arguably more listener-friendly tracks, half of which are enhanced by the added vocals of Smede/Campeau. All seven pieces assemble themselves loosely around the theme of doubt as a basis of critical thinking. You can, if you wish, take the three vocal tracks on their own merits, each of them is are very strong compositions in their own right. However, it’s far more satisfying to take the seven pieces as a whole (this is what we’re advised to do) and think of it as a 40-minute composition with seven distinct movements.

If you’re new to Hinterlandt this album is probably a great place to start. Fans of Jazz and classical will find much to like here, as will anyone with a curious bent to seek out underground music that refuses to buckle to cliche. The playing is sublime, Smede and Campeau’s vocals are absolutely gorgeous. If you like William D Drake or the North Sea Radio Orchestra, then there’s plenty to sink your teeth into here.

The whole album is very dreamy, and the idea of something ethereal floats across the recording – ideas, thoughts, and feelings, all visible, but somehow out of reach float like mirages across Gutsch’s carefully constructed soundscape. Nothing is wasted or unnecessary from the meticulously plotted musical notation to the “[verb’ a [noun]” brevity of the song titles – Take a Hint, Chase A Dream, Break a Leg etc. On the tracks without vocals the interplay between the core HInterlandt members is a joy to hear.

Credit also to Art as Catharsis for another extraordinary release and for taking risks on such diverse acts. For every bone-crushing Kurushimi or Diploid release they have a Campeau or HInderlandt to soothe our troubled minds.