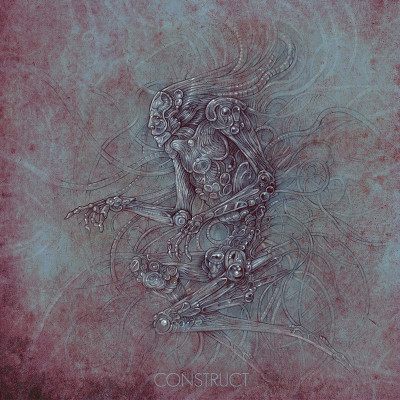 To make a concept album is ambitious. To continue the same concept on your second album is something else again. But that is exactly what Archivist have done on Construct, the six-piece’s far-reaching 10-track odyssey of atmospheric post-metal.

The concept, which was begun on their self-titled debut is based around the viewpoint of a sole survivor on earth following a massive ecological disaster. So far so dystopian. Set that to squalls of blackened guitar, post-hardcore barks and blast beats and it gets even darker. But then stunning shimmers of major-key riffage shine through and some clean vocals break through the storm, giving the listener pause for thought.

Make no mistake, there are some genuinely gorgeous moments in this album, which has been available in digital form since February, but has only just been given a vinyl release. Such as the cleansing slabs of icy guitar which permeate ‘Lamenting Configuration’. Or the lovely layerings of guitars which are the basis of ‘Birth of Ire’. Or the majestic, towering chords that build and build until the listener is doing all they can to refrain from stretching their arms out in exaltation on ‘Property?’. The latter song is by far the highlight of the album, if melodic, atmospheric, black-tinged metal is your thing. And it is mine. I could listen to that song over and over – especially now I am able to put it on a turntable.

In fact that and ‘Scorched Earth’, another excellent track that deftly conceals a hook, have gone on to my “solipsistic ruminating late at night” playlist along with tunes from the likes of Oathbreaker, Astronoid, Amenra and Cult of Luna.

But – there is always a but – it seems that the band, made up of members from Austria, the UK and Germany, may have been weighed down by their own concept. There is just too much to take on here. The first three songs take almost 23 minutes – and there is barely a song under five minutes on the whole album. And others, such as ‘The Reconstruction’ are just too long, with great stretches of post-rock meanderings leading into verbose lyrics like “my thoughts are neatly packaged, tied up with string theories, delivered into the eons”. Once it is allowed to fly, the song is great, it just takes ages to get anywhere and it all is a little bit too chin-stroky and head-scratchy.

‘Witch Finder’, with its menacing stomp, delivers a change of pace, with yet more of those lovely harmonic guitars layered on top of each other, before a short ambient interval (‘An Epiphany’) precedes the finale, ‘Theosophical Digression’. This song – it is long and has a number of changes, so is more of a suite – is the darkest of the entire album, with drummer Steff’s double-kick pummelling dominating the opening half of the nine-minute-plus number.

By the end of it, you are exhausted. But not fatigued enough to return to the opening three tracks of the album, which are more than enough reason to shell out your hard-earned cash. I just hope they embark on another concept for the next album. Or go left-field and ditch one altogether. Either way, with a little editing, this band could come up with a masterpiece.